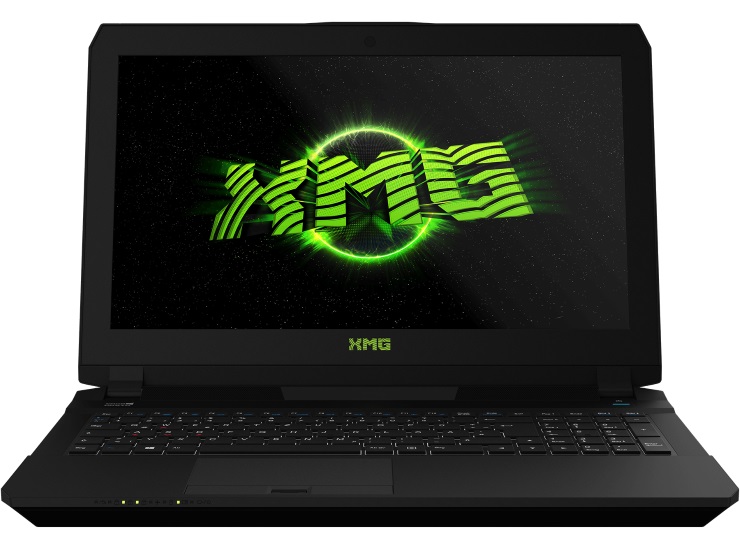 Having a powerful laptop to run all my favourite PC games (Dota) while on the move has always been an attractive proposition, yet one that I could never truly justify. Getting a decent gaming laptop for under £800 is nearly impossible, with many going closer to the £1000 mark and higher, which, let’s be honest, is a lot of money considering my rig cost me around £600 back in 2012 and has only seen around £300 of upgrades since then. When the opportunity to play with the XMG P506 Pro laptop for a month came about, I jumped at the chance to see if a laptop could replace my desktop.

I’m pleased to report that for the last four weeks or so, I have only turned on my PC once. The P506 has managed to meet all my needs, ranging from simple word processing right through to playing some of the years biggest and most technically advanced releases, and it has done it all a lot quicker than my machine.

My model featured a 256GB Samsung SSD that was used to store the OS and key programs, meaning that I was onto the desktop within ten seconds (or quite often a lot less than that) of pressing the power button. As you can imagine, installing Dota onto this drive as well resulted in incredibly quick loading times and in almost every game I was the first to load into the lobby. Unfortunately 256GB isn’t that much storage for anyone with more than a few games in their steam library, so after a while I was forced to install some titles onto the other 1TB hard drive. Here, load times were typically slower, although were never excruciatingly long. With well over 1TB of storage to play with, space will rarely be an issue for many in the short term, but after a few years of use it may become a bit tight. You can configure your machine to have more storage, of course, but it obviously comes at a cost.

Elsewhere in the machine the i7 processor and 8GB of RAM are currently more than enough to run anything you can throw at it, although looking a year or two down the line they may become slightly limiting factors. Add in the NVIDIA GeForce GTX 970M and any of the most graphically intense games will run on high settings (even Crysis), and everything looks stunning on the fantastic HD display. Obviously you can’t upgrade the graphics card or CPU, so investing in pricier options now may save having to buy a new machine a few years down the line. The internals right now are pretty good, you won’t have to worry about being able to run anything for a good few years, although if you are wanting to run everything on ultra high graphics settings for the next five years then this model might not be for you.

Aesthetically, the P506 is nothing special. It’s not the smallest laptop in the world, neither is it the biggest, and it is ultimately quite inconspicuous with no lavish decals or LED logos. The XMG logo is printed on the lid, but other than that the entirely black casing is very plain, something I actually quite like. It’s not a particularly light piece of kit, but it’s certainly not as heavy as some of the other gaming laptops out there. While it won’t crush your legs if you rest it on your lap, you probably don’t want to be carrying it around for too long. Fortunately, the design means that heat can easily escape the PC without burning a hole in your leg or desk, although at times it can become a little hot to touch in certain places round the back. The trackpad does a job but certainly isn’t the best I have ever used, it often failed to pick up my inputs and sometimes required a fair amount of pressure to register, which resulted in me using a traditional USB mouse for almost all of my time with the machine. But it is worth saying that I am used to the phenomenally good MacBook Air trackpad, so I may be being a little over critical there.

Everything I have mentioned so far has either been a positive or a very small gripe that may seriously annoy some. The biggest issue I had overall was the battery life. Never did I manage to get more than two and a half hours out of the machine without needing a recharge, and when playing a game that figure was a lot closer to one and a half hours. This severely limits the portability of the machine, meaning that at home and at the office are perhaps the only times you will be able to use it to its full potential. This won’t be an issue for some, but for someone like me who wants to be able to play a few games of Dota on the train it’s less than ideal.

There are then more than a few small issues, ranging from the less than perfect trackpad through to the limited battery life, but none of them make the machine unusable. I have used it for the last month with no issues, and it’s ran everything I have thrown at it with some ease, only once randomly crashing out on me. When you factor in the price, the cheapest model can be picked up for around £950 (with the one we tested being closer to £1100), so it becomes a much more attractive proposition. Ultimately, my biggest issues with this could be thrown at the majority of gaming laptops out there, so providing you are aware of the general negatives of a laptop compared to a desktop, you certainly won’t be disappointed. If you are like me and are wanting a decent and affordable solution to allow you to play games on the move you may wish to think twice before dropping the cash, though.