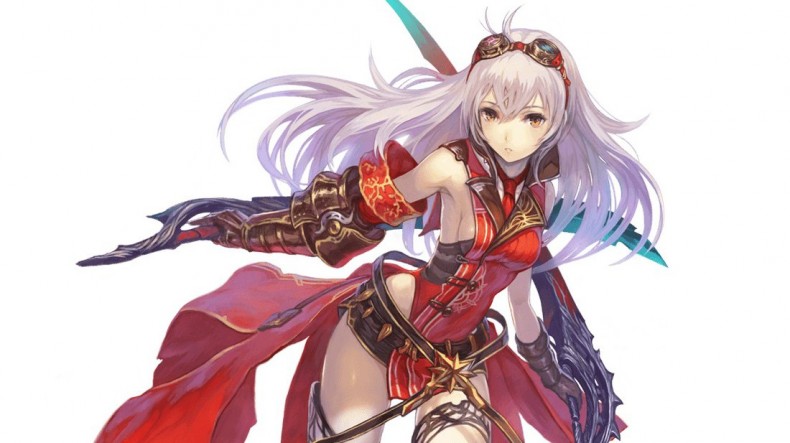 KOEI TECMO have unveiled the in-game content players will have access to if they pre-order their new IP, Nights of Azure.

These pre-order bonuses will also be available in Europe, with GAME and the PlayStation Store (early purchases) offering Gust-Chan and a custom themed based on Gust-Chan. Amazon and various independent retailers via CentreSoft will offer two custom themes based on the artwork of Nights of Azure. (Thanks, Gematsu)

KOEI TECMO also described the character progression system present in Nights of Azure: “When she isn’t fending off shadowy shapes and demonic dragons on the streets of Ruswal, Arnice takes solace in a local hotel to rest, trade, and prepare for the inevitable coming of the next night.”

“At the Hotel, Arnice can buy and sell weapons and a variety of gear to aid her in battle and, after certain quests have been completed, she can trade with Lloyd, the merchant, and order rare and powerful items. Arnice can also pick up quests from the Hotel’s proprietor, Simon, to earn money and various items, as well as gain interesting insight into the lore and backstory of Nights of Azure. Furthermore, Arnice can gain entry to the Arena via the Hotel, which can be used to hone her skills and earn special rewards!”

Nights of Azure is due for release on PS4 on March 29 in the U.S., with a European release landing on April 1. See the pre-order trailer below.

Currently an English, Journalism and Creative Writing student at the University of Strathclyde. Based in Glasgow, I spend most of my free time playing video games ranging from Japanese visual novels to horror games. You can contact me at greg@godsiageek.com!
MORE LIKE THIS
BonusCharactercontentKoei Tecmo

Free Map With Every The Elder Scrolls V: Skyrim Preorder