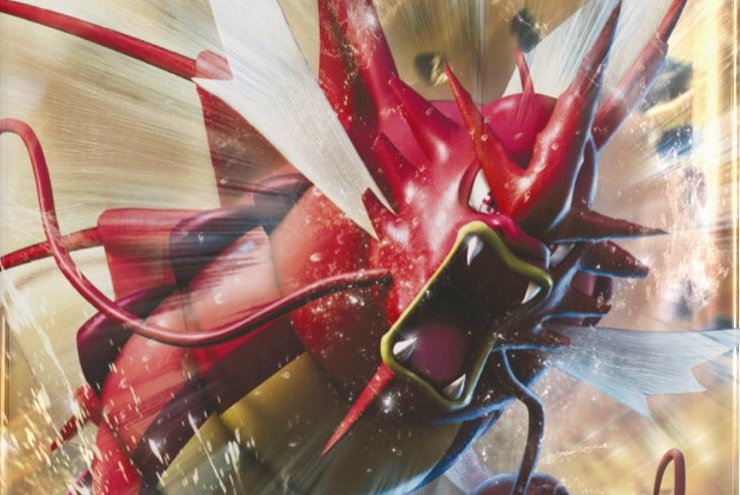 It is strange to think that the Pokémon franchise is twenty years old. And while many of us look back on the fond memories of the various games, merchandise and cartoon tie-ins that we are likely to have experienced directly, there is a chance that one of the main facets of the Pokémon franchise has passed us by completely: the Pokémon Trading Card Game. Since its inception in 1996, it has managed to ship over 21.5 billion cards to over 74 countries and shows no sign of slowing down. It has a huge following with almost half a million players entering the world championship every year.

The XY BREAKpoint Expansion is the latest addition to the trading card family and aims to expand on the options available to players when they face off against each other using the recently introduced BREAK Evolution mechanic. As with most new Pokémon expansions, you’ll get the chance to add an additional 120 new cards to your collection. Two themed, 60-card, pre-constructed decks to allow you to play without knowing too much about how the Pokémon meta-game works in practice. Those more adventurous trainers among us will be able to go ahead and build their own deck, of course, but the theme decks will help to level the playing field between you and any newer players.

One of the joys of Pokémon is how easy it is to set up and play, even for a beginner. I played with my son who had never touched a trading card game, let alone a Pokémon one, and he was able to field his basic Pokémon, assign them energy, evolve them up the levels and give his poor old dad a serious kicking within the first couple of games.

As well as the range of Pokémon you’ll have, you’ll also be able to bring in support cards in the forms of potions or even trainers. Pokémon trainers will allow you to carry out certain deck commands, like searching the top six cards in your deck for specific energy to assign or even allowing to find the next level Pokémon so you can evolve and strengthen your team. Each card has its own advantages and can help start a chain reaction that can lead you to knocking several health points from your opponent.

If you do manage to knock out one of your opponent’s Pokémon, you’ll be able to claim a prize card. Win six of these or clear your opponent of his field-able Pokémon and you’ll win the game, which can easily take a good hour based on how your deck runs.

Due to the random nature of deck based games, it’s entirely possible to dominate a match extremely quickly, but in Pokemon’s favour the balance of play has been honed so many times over the years that a winning position can be eroded through some careful planning and a lucky card draw. Even with this in mind, you’ll never feel like you’re at the complete mercy of your deck. With the new BREAKpoint and Mega EX Pokémon, the chances to alter the flow of the battle increase dramatically, though for the most part they become endgame attacks as evolving a Pokémon into a Pokémon BREAK, or EX into Mega EX will end your turn similar to how a normal attack does.

There is nothing more satisfying when you do manage to roll out one of the more powerful Mega EX Pokémon as their attacks can really put the smackdown on your opponent. Both of these card types are welcome additions to the series, though the more serious collectors will wonder if their inclusion is a new type purely for the sake of having some to release.

If you already play Pokémon, you will have no doubt already made your decision on whether or not to pick up XY BREAKpoint. For those however who have never touched a Pokémon deck but like card games, it’s worth checking out. I think you’ll be pleasantly surprised about how deep the Pokémon TCG can be.