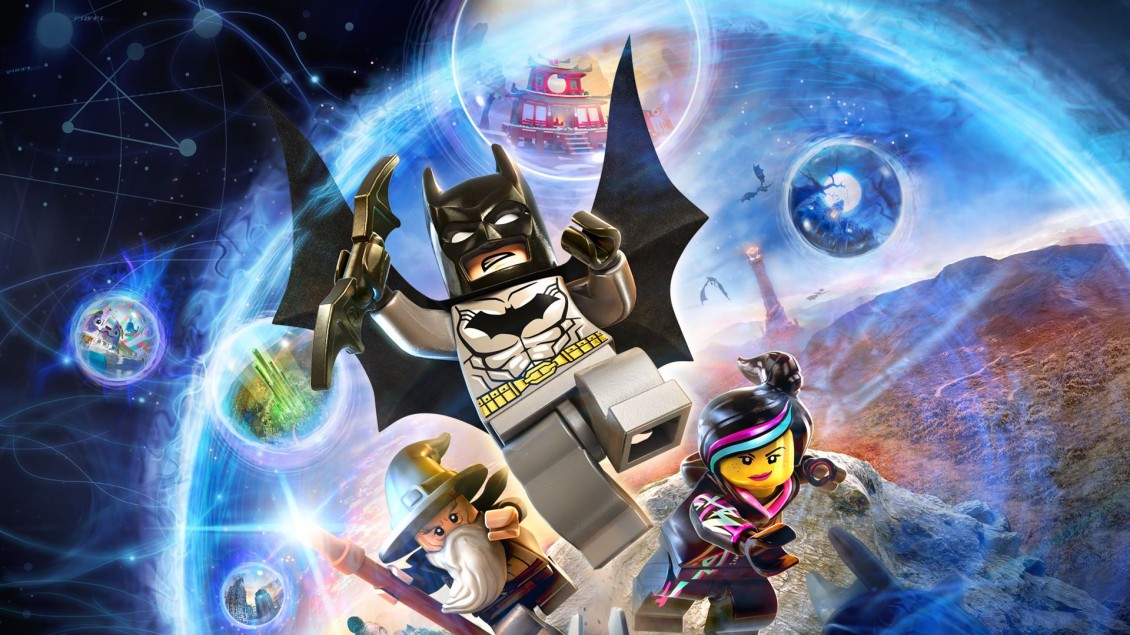 LEGO Dimensions has provided a steady stream of new figures, vehicles and entire level packs since its release late last year, and so far there’s been a real variety to the licensed sets that have been released. Whether it’s really old movies (Wizard of Oz) or more child-friendly fare like LEGO’s own Ninjago, you can’t help but be impressed with the choice of figures available on the market.

In “wave 4” (the second-to-last batch of LEGO minifigures) are two DC Comics Fun Packs, a Ghostbusters Fun Pack and finally, the last of LEGO Dimensions extra Level Packs. So what’s worth buying, and what’s worth leaving on the store shelf?

First up, I spoke about these sets in the following video, but you can see my thoughts in writing after that! The final LEGO Dimensions level pack is possibly one of the most unusual and inventive. While the included level “Retro Wreckage” is incredibly short, the real draw here are the 20 unlockable arcade games that are only accessible through the Retro Gamer minifigure. If you’ve ever been curious about the strange areas of Story Mode levels containing walls plastered with Defender marquees, you’ll be pleased to know that this Level Pack solves that mystery, as driving the included Arcade Machine vehicle into these bays will unlock a classic game from Midway’s archives. Retro Wreckage will point you towards some of these unlockable games, as playing some of them is required to finish the level, but you’ll have to find the rest yourself in many of the Story Mode levels.

It’s these games that are the real draw of these Level Pack. You’ve got some real classics here, such as Defender, Rampage, Joust, Gauntlet and many, many more. If you hadn’t realised already, this is not going to be a pack that younger gamers will enjoy – it’s clearly aimed at older players, but if you think of this pack as essentially an arcade compilation, it’s hard not to appreciate the thought that has gone into the whole thing. Reaching certain goals in the arcade games themselves will even earn you stacks of studs, which will come useful in upgrading those vehicles. There’s even a few history lessons about the games themselves.

As for the included Midway Arcade World, this is a fairly decent hub world, filled with areas based on Midway games, but mainly acts as an easy way to play the arcade games you’ve already unlocked, while also giving you a better idea of where your missing arcade machines can be found. The Retro Gamer minifig has a surprising amount of abilities itself: at a touch of a button, you can cycle through all of his abilities: Super Strength, Laser Ability, Invisibility, Super Speed and Invincibility – Making this character an incredibly versatile one for finding those elusive Golden Bricks.

The Arcade Machine “vehicle” lacks any sort of real ability, bar the very important role of allowing you to unlock those arcade machines. However, having a real LEGO model of a Defender arcade cabinet is pretty damn cool, and makes me yearn for models of other classic cabs.

Finally, we come to the G-6155 Spy Hunter, the signature car from classic arcade game Spy Hunter. Initially, it’s just a car, but its upgrades do give it flight and watercraft capabilities, so it’s actually a pretty good vehicle. For most players, the figures themselves are very cool and offer some essential unique skills that no other character currently has. As a level, Retro Wreckage might be a little underwhelming, but the pack as a whole is an incredibly unique and fun way to present what is essentially a retro arcade compilation. Following the Ghostbusters Level Pack from Wave 3, we move away from the heroes and onto the first of two villain sets. Next month we’ll see the release of the always-popular Slimer, but for now, we welcome The Destroyer himself, Stay Puft Marshmallow Man. He’s cute, but he’s packing the Super Strength, Big Transform, and Hazard Protection abilities.

His included vehicle is the Terror Dog, the massive stone Hellhounds seen in the original Ghostbusters movie, which doesn’t have any particular abilities in its initial state, which is a shame. It can be upgraded to fly and also breath fire, but it’s nothing special. It’s great to have a little Stay Puft LEGO minifig, but there’s little else to recommend this Fun Pack, unless you are a big Ghostbusters fan.

VERDICT: Stay Puft’s abilities can be found elsewhere, making this a Fun Pack that only real fans of the ‘Busters will want. Yes, laugh all you want about Aquaman and his ability to communicate with sealife. But this is probably one of the essential packs to buy from an ability standpoint, especially as he is the only character with the “Atlantis” ability for summoning sea creatures and water elements.Aside from this important and required ability for completionists, he also has Underwater Swimming, the ability to grow flowers (yes, really), and he can clean hazards and Water Spray, making him a very useful character to own.

Despite being able to swim underwater, he has an Aqua Watercraft, which can swim underwater (which seems pretty redundant, considering Aquaman’s powers). If you like vehicles with flippers, then you’ve reached your nirvana.

VERDICT: Put simply, if you want to get all of those Golden Bricks, you NEED Aquaman. Simple as. Probably one of the most iconic characters in LEGO Dimensions, it’s amazing that it’s taken this long for Supes to arrive as a Fun Pack minifig. As you would expect, he has tons of abilities: Laser Ability, Super Strength, he’s the only character to have Freeze Breath for stop enemies in their tracks, he has invulnerability, can use X-Ray vision, and of course can swim and fly. He’s truly a jack of all trades, especially for hunting Golden Bricks in hub levels. Every time he flies, the proper John Williams Superman theme plays, which is cool for the first couple of times, but like Wonder Woman, gets quite irritating.

So with a character with as many skills as this one, as you can imagine the included Hover Pod is a bit pointless and suffers from the same redundancy as Wonder Woman’s Invisible Plane and Aquaman’s Aqua Watercraft. Its upgrades are a little better, offering some offensive capabilities, but these are mostly useless.

VERDICT: Superman isn’t essential, but if you like the character, his ability set makes it work picking this up.

A veteran GIAG member, I've been writing, talking and taping for the site since 2011
MORE LIKE THIS
AquamanGhostbustersLEGO Dimensionsmidway