previous
Competition: Win a copy of Shazam! on DVD
random
next
The Music of Red Dead Redemption 2: The Original Score is out today
0 comments 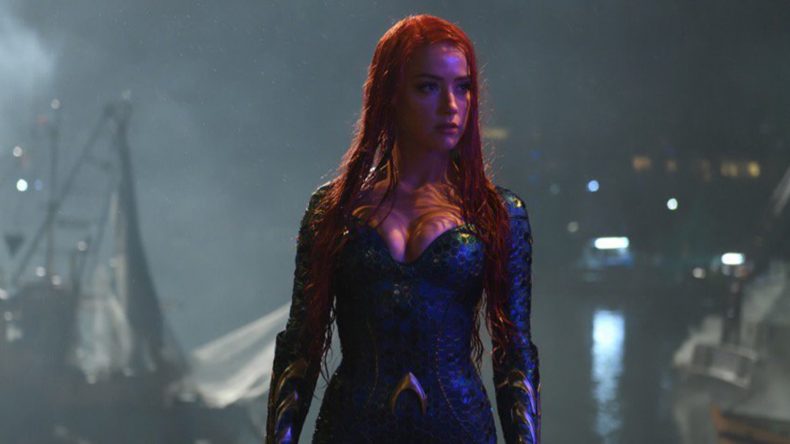 As Billy Batson famously says in Shazam, there’re ‘no good superhero sidekicks,’ but for fans of superhero movies, many of you will know that it’s not always the case. To celebrate the home release of Shazam! today, we look at some of the best superhero sidekicks in the DC movies. Whilst the character of Etta Candy in the comics has a much more hands-on approach in the life of Wonder Woman, she’s not used in quite the same way in the recent DCEU movie. Still, Lucy Davis’ portrayal as the fun-loving daredevil character is really well performed. With so many female superheroes and characters having a slim figure and exceptional physique, it was refreshing to see someone who doesn’t conform to this, being comfortable in her body whilst still being a great friend and sidekick to the Amazonian goddess. Aquaman is a blockbuster movie that entertains on every level. It has superb visual affects, a fun script with plenty of action and jokes, and a great cast of supporting actors. Aiding Arthur Curry in his journey to uncover who he truly is, and also asking for his help to stop his half-brother Orm from declaring war on the surface world, Mera is a force to be reckoned with. She is a great warrior and a more than capable aid to Aquaman, making her perfect sidekick material. Lois Lane has been around for a long time, and even though she doesn’t have any superpowers in the movies, her investigative skills have proven helpful for the Man of Steel, namely the time she worked with Superman to stop General Zod and the alien invasion in Man of Steel. She’s so much more than a love interest, proving time and time again that behind every great man is a great woman. Lois Lane is left alone once Superman falls at the end of Man of Steel, but she continues to do great work regardless of her loss. Since her first appearance in Batman: The Animated Series, Harley Quinn has proven she can stand on her own two feet against the Dark Knight, but in Suicide Squad she’s shown blazing around Gotham with her lover the Joker. She was a deadly sidekick to the Clown Prince of Crime, always striking fear into her enemies, with her gifts getting the attention of Amanda Waller. Even though her relationship with the Joker doesn’t turn out to well by the end, she rises from his shadow to help the Suicide Squad defeat the Enchantress. Perhaps the most famous DC sidekick of all time is Robin. There have been many people take up the mantle, such as Jason Todd, Tim Drake, and even Batman’s son, Damien Wayne, but in the movies it was none other than the circus trapeze artist Dick Grayson. In Batman Forever, Grayson becomes obsessed with getting revenge on Two-Face after he killed his family, but doesn’t allow himself to follow down a dark path that would result in him becoming a killer. Instead, he watches as Two-Face falls to his death.

These are just some of the best sidekicks in the DC comics movies. If we’ve missed anyone off, feel free to leave a comment below letting us know who your favourite is. If you’ve still not see Shazam! it’ll be available to own on DVD, Blu-ray™, 3D Blu-ray™, 4K Ultra HD and 4K Steelbook from 12th August and is available on Digital Download now!

Video games are cool. Don't let anybody tell you any different.
MORE LIKE THIS
AquamanBatmanDCRobin