previous
Just Cause 4 "One Man Did This?" trailer arrives a week before the game releases on all platforms
random
next
The Porcupine is a new Scout vehicle for Switchblade Battle Arena and it's out today
0 comments 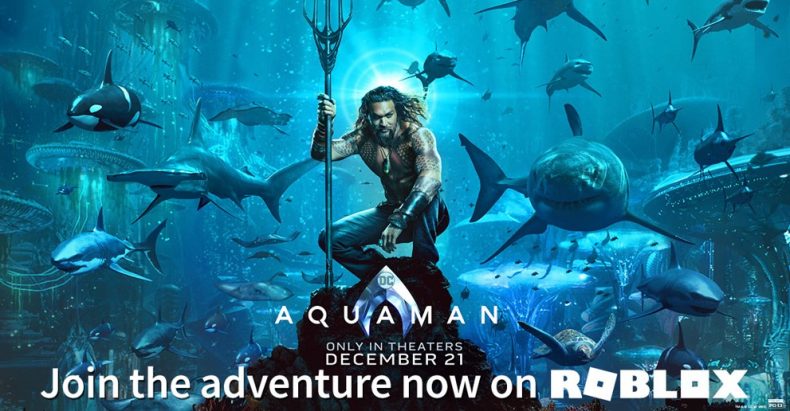 The brand new immersive experience called Aquaman: Home is Calling has launched on Roblox, and it takes players on a quest throughout Atlantis to help Aquaman find the Lost Trident of Atlan and ultimately reclaim the throne from his half-brother, King Orm.

Players will take on the superpowers of Aquaman, including his strength, swimming ability, and control over sea life to navigate through and unlock three areas in the city. You can complete missions and win new customisations for your avatar. In addition there are some community wide events that will require players to unlock certain chambers, complete trials and earn exclusive digital rewards, including the grand prize: a limited-edition Aquaman HERO suit.

“The Roblox platform lets players enjoy deeply immersive experiences with their friends,” said Craig Donato, Chief Business Officer at Roblox. “We’re excited to work with Warner Bros. Pictures again to spark the imagination of millions of players as they collaboratively explore this new underwater world on the Roblox platform ahead of the movie’s release this December.”

“We are always looking for new and innovative ways to engage and delight moviegoers,” said Andrew Hotz, Executive Vice President of Worldwide Digital Marketing, Warner Bros. Pictures. “Following the success we had working with Roblox this year to immerse their users in the ‘80s nostalgia of the Oasis in Ready Player One and a mysterious and haunting 1920s Paris in Fantastic Beasts: The Crimes of Grindelwald, we couldn’t be more thrilled for audiences and Roblox players to experience the epic world of Atlantis in Aquman.”

Likes to shoot stuff and wear pretty shoes. Is a BEAST at Titanfall.
MORE LIKE THIS
AquamanRoblox