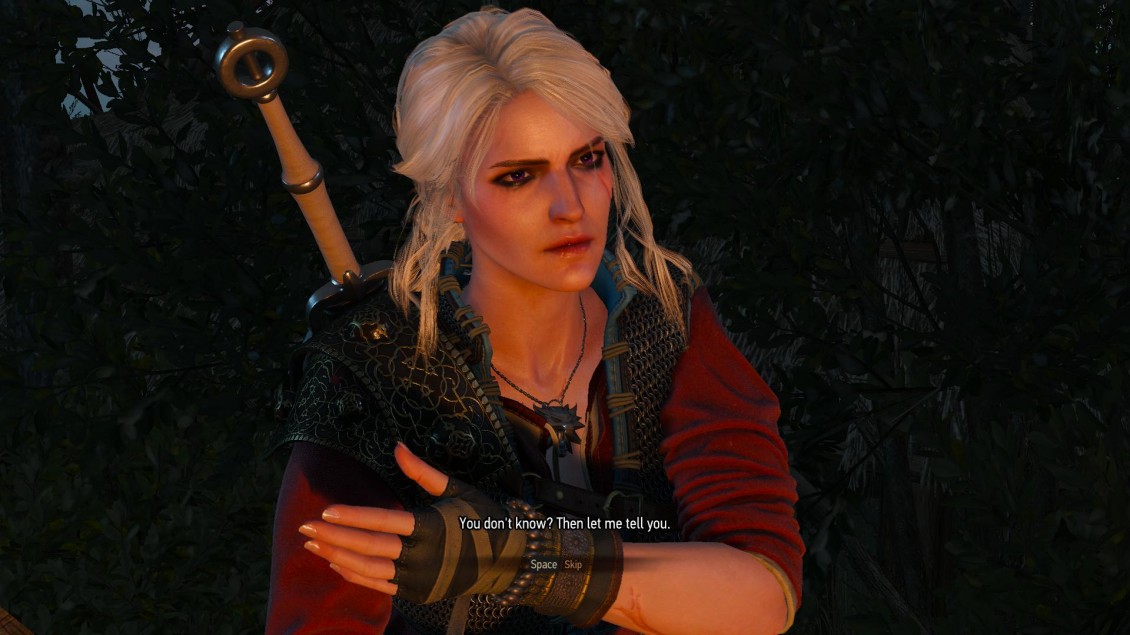 Yeah, you did read that headline correctly. One of last year’s biggest female characters, the one who steals the show from a protagonist you spend hours with and then goes on to save the whole bloody world no less, is gay, and you didn’t even notice. Well, at least you probably didn’t.

2015 was a year brimming with well written, meaningful, strong female characters in video games. From the teenage rebel Chloe to her time traveling sidekick Max of Life is Strange, Evie Frye, a blade wielding assassin, Jade the free-running zombie slayer, Fiona and Sasha, two con artists who find the most elusive vault in the galaxy and the hard as nails Lara Croft, to name but a few. Even in games without stories we got the likes of female football players finally being added into the (nowhere near as good as PES) footballing juggernaut that is FIFA, and Guitar Hero Live having a proper cool bassist in the band The Jephson Hangout. (Side note: love, could you stop giving me the eyes – I’m missing my chords here and now I’m getting red plastic cups thrown at me.) I would say, overall, that it was a pretty ace year for female characters in games.

A harbourer of such female characters was the astonishing Witcher 3: Wild Hunt, with its enchanting sorceresses, future queens, beautiful troubadours, incredibly powerful witches, common mothers, spiteful sisters and even just an extremely talented blacksmith caught in the (quite small) shadow of her male colleague, who eventually shows him up for the fraud that he is. Behind every corner in the Northern Realms there’s probably a fascinating lady to extract even the smallest, yet affecting, of stories from. The undoubted star of them all is Cirilla Fiona Elen Riannon, child of the elder blood, descendent of Lara Dorren, heir to the Nilfgaard empire, or just simply, Ciri: Geralt of Rivea’s adopted daughter. The sole reason the legendary monster slayer is trudging knee deep in bog water and messing about with goats is so he can be reunited with her again.

If you haven’t guessed by now Ciri is indeed the topic of the headline, though her sexual adventure is rather, well… let me explain: At this particular point in the saga Ciri, currently a lot younger than she is in Wild Hunt, has been captured by a group of bounty hunters due to her valuable powers and heritage, as she collapsed from exhaustion after escaping a desert. She was being held along with Kayleigh, a member of a notorious gang of castaways known as The Rats. They eventually broke out together and she, went with them, as The Rats were impressed with Ciri’s skill with a sword and as she had nowhere else to go. Later that night, while Ciri lay in a state of shock, loneliness and probably depression, that crafty bugger Kayleigh came over and tried to have his way with her. A numb Ciri didn’t respond to his advances but a fellow Rat, a short girl named Mistle, intervened, chastised and shooed him away in quite a similar fashion to how a 1950s housewife would shoo an actual rat. Mistle then decided to take advantage of Ciri, now half-dressed, herself.

Not exactly how great relationships are forged, granted, but in the aftermath, as Ciri took on the persona of Falka and became the first ever new addition of The Rats, they stayed together. When they’d ride into villages amongst cheering peasants, Ciri and Mistle would bring up the rear hand-in-hand, she got a tattoo of a rose on her inner thigh to match Mistle’s and when the day came that the brutal bounty hunter, Leo Bonhart, came across them Ciri was only concerned for Mistle’s safety. Then she wept for her. Ciri may have only been with Mistle to fight off the enclosing grip of loneliness, it may have only been a physical attraction, but it became a romantic relationship nevertheless.

The debate of Ciri’s sexuality is one that is often hotly contested on forums and message boards and there is indeed evidence to suggest that Ciri may actually be bisexual. In the books she is shown to have differing level of feelings for Hotsporn, Haljmar, Eredin and Galahad, and as the player in Wild Hunt you can choose to pursue a love interest with Skjall, the chap she meets in Skellige.

“Right, so what’s your point?”

Great question, you know why I’ve told you this short story about Ciri’s potential sexual leanings? I’ve told you because it doesn’t matter in the absolute slightest. In the hours you played Witcher 3 you probably didn’t suspect that Ciri was a lesbian or bisexual. That’s because, aside from one throwaway line amongst hours of dialogue, it was never really addressed––because it didn’t matter.

Who cares what a person’s sexual preference is? Unless you’ve literally pulled Kanye or Margot Robbie no-one on this great, big Earth gives a single iota about your sexual preferences. We’ve all been stuck in that insufferable conversation when your pal is going on about “that worldie” they pulled last night, engrossing in all the unsavoury details of their sweaty, drunken, donner kebab-smelling romp, when all you want to do is Stone Cold Stunner them into oblivion.

No-one cares in reality and no-one should care when it comes to video game characters either. If the story of a game is actually about the experience of a person’s sexuality then obviously it has meaningful reason to be a focus, but otherwise it should hardly be acknowledged at all. So, people, could you please stop moaning if a developer shows the tenacity to include some diverse representation in their video game please? Ace, cheers.

Cyberpunk 2077 review
Back 4 Blood: How to unlock the other characters
Metroid Dread: How to beat the final boss
Metroid Dread: How to defeat the purple EMMI on Ferenia
Far Cry 6 | How to play co-op
How to transfer your Nintendo Switch data to the new OLED model
How to transfer your Death Stranding save file to Director’s Cut
Social Media
SUBSCRIBE
All content copyright GodisaGeek.com
Fonts by Google Fonts. Icons by Fontello. Full Credits here »
Posting....