Sponsored: 5 of the best gaming mobiles at the moment 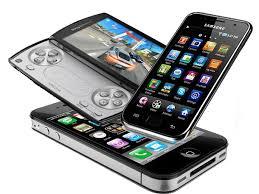 While playing roulette and other casino games online has become increasingly more sophisticated, in the past it seemed that if you wanted to play mobile roulette games, you had to expect a lack of performance. Now most sites seem to have now got this issue sorted, offering extremely good mobile platforms for playing roulette which is fully optimised for smart devices, with some sites choosing to design their sites primarily for mobiles and tablets.

However, if you’re a fan of playing casino and video games, such as 888 roulette, on your mobile, you’ll want to ensure that your device gives you the best experience possible; so here’s our rundown of the 5 best gaming mobiles at the moment. They’ve been chosen as they offer a sharp, bright display, a long lasting battery and have powerful enough internal hardware to cope easily with 3D intensive games.

Where else to start but with the iPhone? Loved by mobile gamers everywhere, the sheer raw processing power of the Apple A9 chipset together with 2GB of RAM make this phone virtually unrivalled. However, it’s not all about the processing power; most mobile gaming developers launch their gaming titles on iOS before they’re made available for the Android market.

If you prefer to use an Android smartphone, the Samsung Galaxy S6 has great gaming capabilities. Not only does it have a 5.1 inch Super AMOLED display which offers accurate colour reproduction, but it’s got some of the most powerful internal hardware that you’ll find on any current smartphone.

Yes, we know it’s part of the Galaxy S6 series, however, the edge gives you a much larger 5.7 inch SAMOLED screen. While it’s technically not as sharp as the standard S6 screen, it does offer an excellent viewing experience. It also comes with 4GB of RAM, fast charging capabilities, and the edge battery really does prove to be an endurance champion. A vital consideration when you’re gaming as you don’t want the battery to drop out at a crucial moment.

If you’re looking for a smartphone that’s been specially built for gamers, the Acer Predator 6 is the device of choice. With its massive 6-inch display and enormous 4GB of RAM, a deca-core Helio X20 chipset and quad speakers, it’s set to be a device that will enable you to have an out-of-this-world gaming experience.

Although the LG G4 doesn’t claim to be the fastest smartphone in town, if you’re a mobile gamer it’s a great choice, as there’s a 5.5-inch display, together with Qualcomm Snapdragon 808. While you may notice that the chip suffers when faced with some mobile games, generally the overall performance is good. And as an added bonus, the removable battery means that you can have a spare at the ready, so you can carry on gaming wherever you are.