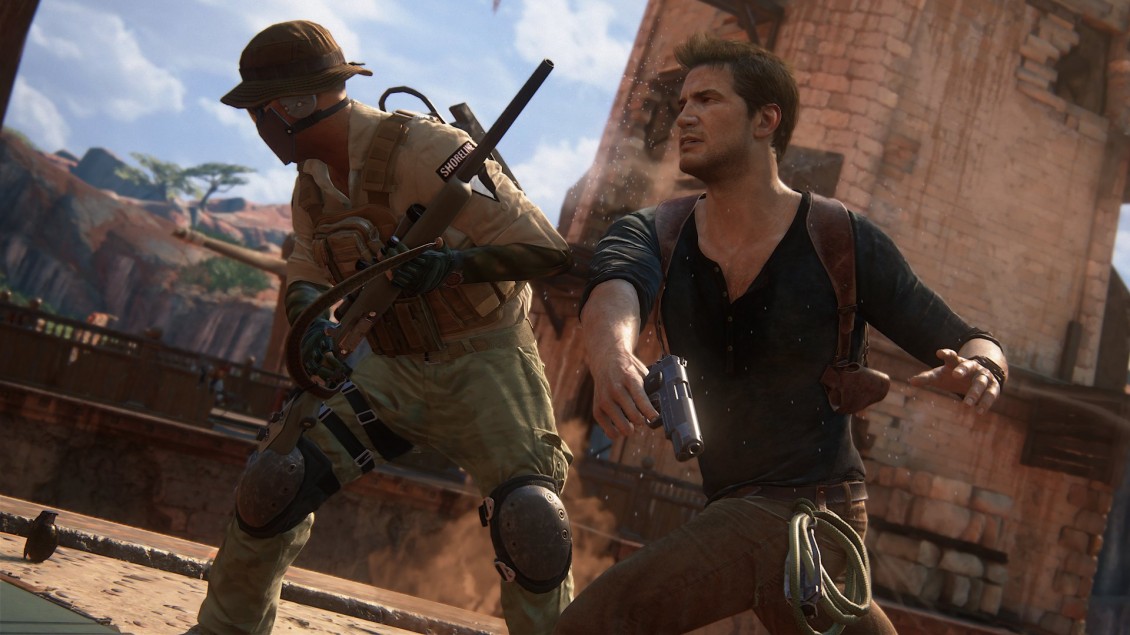 There is no doubt Naughty Dog is one of the biggest video game developers around today, with game like Crash Bandicoot, Jak and Daxter and The Last of Us resonating with PlayStation gamers all over the world. However, it’s their Uncharted series that stands higher than any other, and on May 10, gamers will finally get to play the latest game in Nathan Drake’s epic story, Uncharted 4: A Thief’s End.

In a small pub in the middle of Hackney, I had the honour of talking with Naughty Dog’s Director of Communications, Arne Meyer. We chatted about how current gen technology has helped to make Nathan Drake’s newest adventure bigger and better, what Naughty Dog learnt from The Last of Us, how they’ve adapted certain elements of the core Uncharted gameplay, and much more.

Where does a game developer as experienced as Naughty Dog even start when building a game as detailed as Uncharted 4? So much goes into the development process, and it was great finding out a little bit more about it. “There are a few things we start with in parallel,” Meyer explained. “With all of our games, we have a pre-production that is generally trying to figure out what technology we have, what characters we have, what looks we are going for in terms of colour palette and potential environments. That’s all being built, as well as prototypes for game design spaces, because we’re innovating with the technology and progressing forward. We’re trying to see what we can do with the game space that’s interesting and different.”

“On the story section, once we’ve got an idea on the historical mission and know generally where we are going, there’s a big pin board where we’re mapping out the story with index cards, and then we start filling in the minor story here and there. With Uncharted 4, we used a digital system because it let us hook up our concept art for each section, so when you look at it on a web page, you can click on it and it helps to connect the physical and digital elements of each major story beat.”

I wanted to know what current gen technology allowed them to do that couldn’t have been done before. Meyer told me: “Some of the things we started to do early on were to layer the gameplay mechanics. Before you were only able to do certain things in combat and certain things in traversal. A great example of that is what you can do with the grappling hook and swinging on the rope. Now you can use it in a combat space to change your location; you can fire from the rope and you can use it to enter melee and take out an enemy.” In my hands-on afterwards, I found he was completely right. It has made combat even better than it ever was, and that’s saying something.

“That’s a great example of how to layer mechanics,” he continued. “Unlike before where we weren’t able to do that sort of thing. It’s also evident in how wide the space is, so the level of exploration in the 4×4 or on foot is vastly expanded from what we were able to do before because of what we were able to do with Blu-ray technology. A lot of it is visual as well, to make sure you are grounded in the environment and what’s happening on screen at that time.”

One of the only concerns I have with Uncharted 4 is that it may lose the linearity the series is known for. While the games have never been constricted and you’ve always had some kind of choice, I have always appreciated how they keep the player focused. Metal Gear Solid V was fantastic, but it lost some of its appeal when you were given too much to do, which for me detracted from what made the series so great. Thankfully, Naughty Dog’s trademark exploration in controlled environments is still a part of Uncharted 4.

“It’s still linear; there is always going to be forward progression. Even when you’re taking your time to explore, even in the conversations, you’ll hear someone say ‘Hey, we’ll head over here and look at this.’ There’s always something moving you forward and our games have always been this way. We talk about what Walt Disney created at his theme parks where you’re always looking at the castle in the background – you always feel that you’re drawn to that. We apply that with our games as well. There’s always something in the distance that you know you’re heading towards. It instils in you that you want to be heading to that point.”

In the presentation preceding our interview, we were shown gameplay footage that featured certain mechanics adapted from The Last of Us, like the ability to see NPCs in different rooms through the walls. I was curious to know what else they took from The Last of Us and what they learnt from making the game. “We’re always building on top of our previous games and iterating on all sorts of aspects,” Meyer revealed. “That’s one visible aspect of it. The other visible aspect is how we’ve incorporated stealth into our game, and that really comes from the AI mechanics in The Last of Us, because it was a different type of pace. It really forced us to look at how enemy and ally AI was working, and this is just the next natural step. We’ve learnt a lot from this different pace and applied it to the Uncharted universe moving forward. Because it has a faster pace, a lot more things will be happening. If it wasn’t for The Last of Us Remastered, we wouldn’t have had a chance to work on the PS4, because we had to transfer all of our engine and tools to make it.”

I’ve always admired the phenomenal voice acting in the Uncharted series; the dialogue is always so natural, feeling almost unscripted at points. Nolan North and Emily Rose’s interaction bring some truly remarkable moments to the series, but I asked Meyer what happens to the dialogue outside the main story, especially with it being a bigger game? “Outside of the cinematic moments, we do have a dynamic dialogue system,” he answered. “Sometimes it’s based on location, whether you’re sticking around and waiting. If you’re driving around and you get out of the jeep, the characters will pick up on what you’re doing and react to that. We flesh out the world and flesh out the characters with certain details you wouldn’t get any other way.”

In A Thief’s End Troy Baker plays the role of Nathan Drake’s brother, Sam, but I was curious whether or not he was a shoe-in from the start. “We still have to cast our characters,” Meyer explained. “It is still important to us that there is chemistry between the actors that’s natural and it makes sense. We’re familiar with him, but that doesn’t always mean he’s a lock for the role.”

There is always a great historical story at the heart of every Uncharted game, and with so many different elements needed to build the perfect adventure, it was interesting to know how Naughty Dog forge the process. “It’s a combination of research and luck when we come across something. Sometimes we’ll have an idea for what we’re looking for and we’ll try to see what interesting story we can come up with.  Sometimes we’re fortunate enough to stumble upon something that does resonate with us and have that historical mystery.” Meyer went on to say: “It’s perhaps not as vigorous as you may think. We start from an idea where we explore, say, sailors or pirates. If you look at the Uncharted series, there’s a theme of sailors for the most part, except for Uncharted 2. There always has been a little bit of that, and I suppose Uncharted 2 did with Marco Polo as well. We generally have a theme that we’re looking at and then we try to investigate further. If it doesn’t work out, we’ll explore other opportunities within that general theme.”

As with any interview we conduct at GodisaGeek, the most important question was asked in the closing moments: where do you keep your ketchup? Of course, there is only one correct answer, and old Arne got it 100% right. “In the fridge. I just follow the instructions on the bottle.” So should you, readers. Ketchup is always kept in the fridge.

Help support us by buying from these retailers: