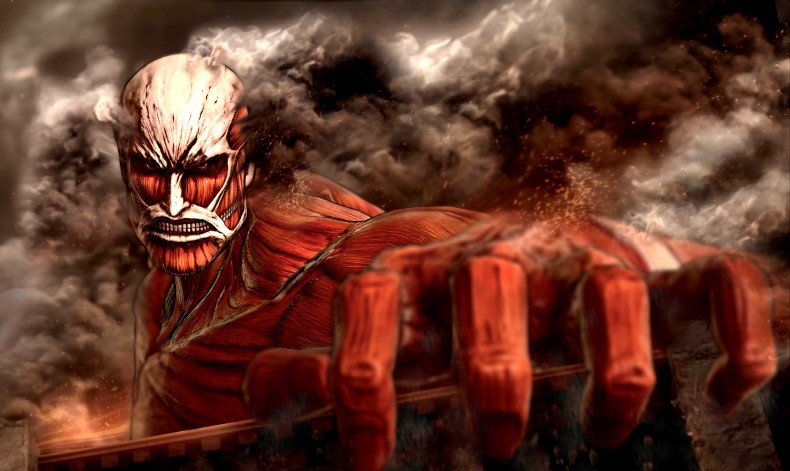 KOEI TECMO’s adaptation of Attack on Titan will be released on August 26 in Europe and August 30 in the United States, it has been announced.

Developed by Omega Force, Attack on Titan (known as A.O.T. Wings of Freedom in Europe) has received a positive critical and commercial response in Japan, with KOEI TECMO now planning to bring it west. The game should not be confused with Spike Chunsoft’s 2013 Attack on Titan: Humanity in Chains title for Nintendo 3DS.

“Attack on Titan closely follows the riveting storyline of the anime’s first season and focuses on the exploits of various key characters, putting the player in a position to relive its most shocking, courageous and exhilarating moments,” reads a press release. “It revolves around the story of three young people who survive the destruction of their walled city district by enormous, man-eating Titans and eventually go on to join the Scout Regiment in order to protect humanity from this overpowering foe.”

TECMO’s Attack on Titan game will have a physical release on PlayStation 4, Xbox One, PlayStation 3 and PlayStation Vita. It will be available digitally on all platforms also, including PC via Steam. See the new localised trailer below, along with a screenshot gallery.

Currently an English, Journalism and Creative Writing student at the University of Strathclyde. Based in Glasgow, I spend most of my free time playing video games ranging from Japanese visual novels to horror games. You can contact me at greg@godsiageek.com!
MORE LIKE THIS
a.o.t. wings of freedomattack on titanGAMEKoei Tecmo