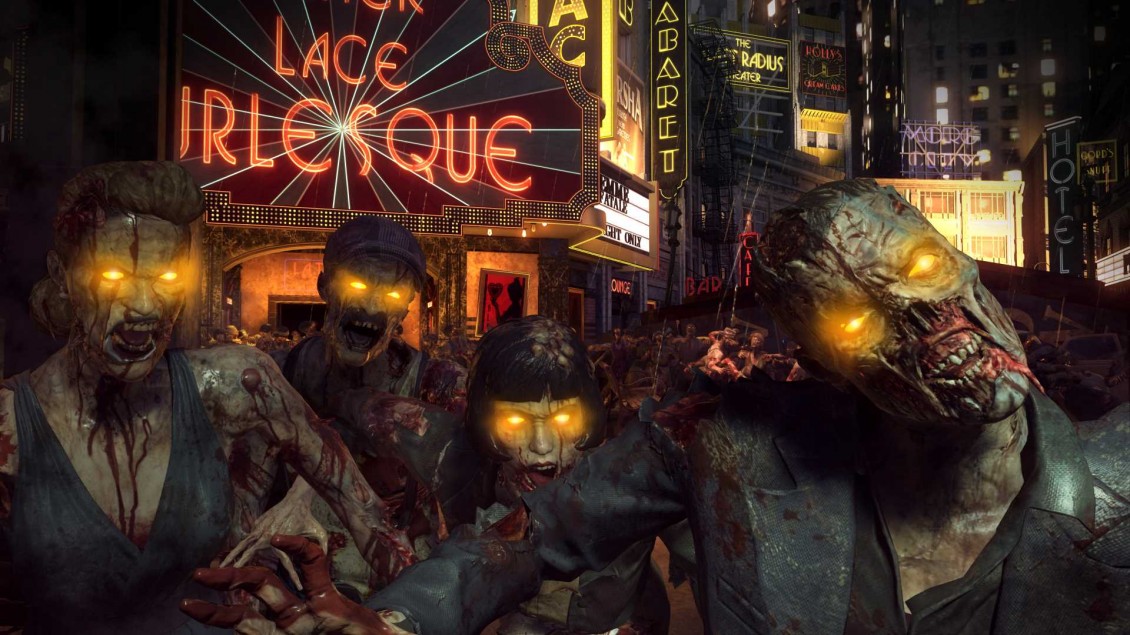 Director of Zombies isn’t a title that shouldn’t be taken lightly, and talking to Jason Blundell, it’s clear he knows his stuff. He’s fully aware that, despite it starting off as a sort of bonus part of CoD, it’s grown to the point that there are a number of people who have been invested in the Zombies mode from the very start. “We have guys who used to play it for the single player and are now playing it for the co-op experience in Black Ops, we obviously have our hardcore multiplayer community who are engaged that way and we also have this Zombies-focused community, and it’s staggering to see it come from what was a bonus mode wherein the developer kind of said, “Hey, let’s play with these animations we’ve got left over”, and change into what is now a significant mode. We have a general rule of thumb to pack more game onto this disk than anyone else; we are very passionate about work and we want people to see it. To give you an idea, we put a whole Zombies campaign into Black Ops 3 because we wanted to do it. We wanted to surprise the community in the way we originally surprised people which was with just one map of Zombies. In Black Ops 3, we have an entire campaign. It’s an incredibly passionate user base and their input and how vocal they are is a great motivator and has an effect on the kind of things we do.”

Indeed, that community is so damn good at the game that people have learned to coerce zombies into single file traffic and smash them. But could that sort of thing break the game, and if it’s that easy for the hardcore, could there be new modes to make it harder? “We have a cycle we move on where we make it harder with different things. For example, we have a variable in the game that we can tweak and you won’t be able to train anymore. So we can change it so they will drag, so you can’t bring them into a line. There are multiple things going where you can’t do that forever and by doing it as well, by holding or by having one person holding things and one person doing things it allows people to explore things, as our maps now have so much complexity buried in them, I see it as what I call players advantage. If you can do it then you can get an advantage which is completely legitimate. I think it would be wrong if I was to penalise you. We see it all and we know it’s going on. Like having the Gobblegum Machine, it allows players of different strengths and abilities to get further in the game, and I think that’s kind of a key part as well because my job is to kill you, you’re not supposed to survive. So anything you can do to outwit me or outwit the team, good on you! That’s part of the satisfaction the community gets from it. It’s the same with ciphers and the skill required for them.” There’s always a bizarre narrative to the Zombies mode, but Alcatraz was one you could actually “complete”. Is that the sort of thing we might see again in the future? “No, but it’s always possible. There was a serious narrative reason why I wanted that to be completed and it was a completable pack, and if you’re interested in that, by the time you get to DLC 4, you’ll have a greater appreciation of that moment in time.” But there’s definitely an end in sight, apparently, and Blundell has had a broad idea of what the story would be from years ago. “There is an end to this experience. We are seeing a massive attachment to Black Ops 3 and our DLC, because it is connecting all this together and moving people towards an end point. Would I say there is an end full stop, period? No, I would say we are moving to a point when DLC 4 finishes. I think the community will be discussing everything that has happened and will also feel some level of satisfaction, as I’m not known for giving satisfaction to my community, and part of it is torturing them, but the end of DLC 4 and Black OPs 2 we left them with this big cliffhanger. This one will end at the point that I think will make sense to all of the community who has been following the narrative, but also pose a lot of questions going forward but in a different tone to what I did in Black Ops 2, where I did throw everyone through a loop and they had to wait three years for the next bit.”

With every new map pack there seems to be something new for the Zombies game mode, this time (in Eclipse) the players will visit a Japanese Island, but there’s probably more to it than that. “A group called Division 9 have been experimenting with Element 115 and organics. Group 935, which is the German (Nazi) arm, were working on mechanical things like wonder weapons and so forth. Division 9, the japanese equivalent, are experimenting with the undead and 115 on biology, on plant life, on humans, on animals, so that kind of makes a cornucopia of evil that can overtake the island and cause trouble for our team.” And it’s grown so much, and become so popular, that the easter eggs have gotten more and more crazy. And before you jump on YouTube to see people showing them off, the question has to be: how to fans discover them? “It’s usually en-masse, when everyone is checking different things. There will be the guy who walks around the map literally pressing Cross on everything, there’s the guy who spends the time throwing grenades into holes, the guys who do texture analysis, they’ll deconstruct the texture packs and look at each individual texture, they will take apart the sound packs and listen to every single sound, and they are veracious in their appetite for deconstructing stuff. I’ve watched our professional YouTube guys sit down with something new for the first time and they are very good at banging through stuff. We even have bets in the office about how quickly they will get the main Easter egg and we made them complex and convoluted, and sometimes there are simple bits and red herrings, but it the speed in which they’re found always amazes me. They are so good and that energises me to do different things. To play with them, I feel like we are playing together. They do it en-masse and post it up to Reddit and go, “This did something, or that did something” and then they just solve it, just like the ciphers because there are masses of people on it.”

So as someone who lives and breathes Zombies, what is Blundell’s favourite map? “You can’t ask me that question! Which one do I love the most? That’s really hard. I think you’ve asked the question I can’t answer. I find it very hard because every time we sit down, I need to fall in love with it as much as I expect the people out there to and, though it sounds a bit corny, I’m blessed with falling in love with a map every time. I have to, it’s my job and it’s the team’s job to make the best it can make. When a map comes out, I’m like, “That is the best, that is fantastic, I love this experience!” The next time I play it, I need to completely change the formula while keeping certain structural elements, and then fall in love with this one again. If it was anything short of that I think we wouldn’t get the same kind of joy from the community and I think the team would not be as passionate. They are, they cram so much stuff in. But my favourite right now? It has to be Zetsubou No Shima because it does everything I wanted it to do. I was blown away by the sheer amount of content in that map.”

Support us by purchasing via these links:
Liked it? Take a second to support GodisaGeek.com on Patreon!