Of course there’s a bigger boobs mod for Fallout 4 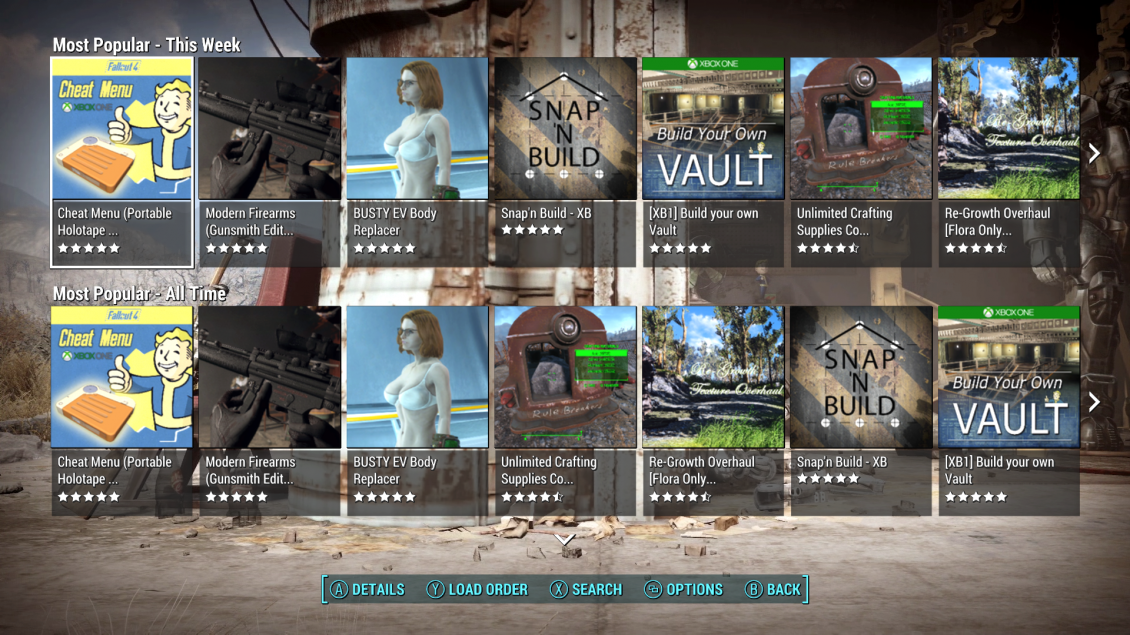 Fallout 4’s Mod support came to Xbox One yesterday, and of course there’s one to increase the bust size of female characters.

Spotted in the ‘Most Popular This Week’ section of the Fallout 4 mod store, the ‘Busty EV Body Replacer’ by tonicmole enhances the curves of the female characters, and automatically adjusts armour to match. The mod text laments the fact that they’re unable to include nudity due to restrictions for the console versions.

It’s pretty much inevitable that body adjustment mods appear when you allow players to tinker with the inner workings of games, but it’s kind of depressing that they routinely focus on female body types, a glance at the ‘Models and Textures’ section shows up three separate mods for female body adjustment but as yet there’s no ‘Massive Schlong’ mod currently available. Somebody really should get on that.

A lover, not a fighter and an all round good guy (he would say that, he wrote this after all), he's happy to be here as part of GIAG.
MORE LIKE THIS
bethesdaFallout 4ModsPC