Our favourite Overwatch characters so far 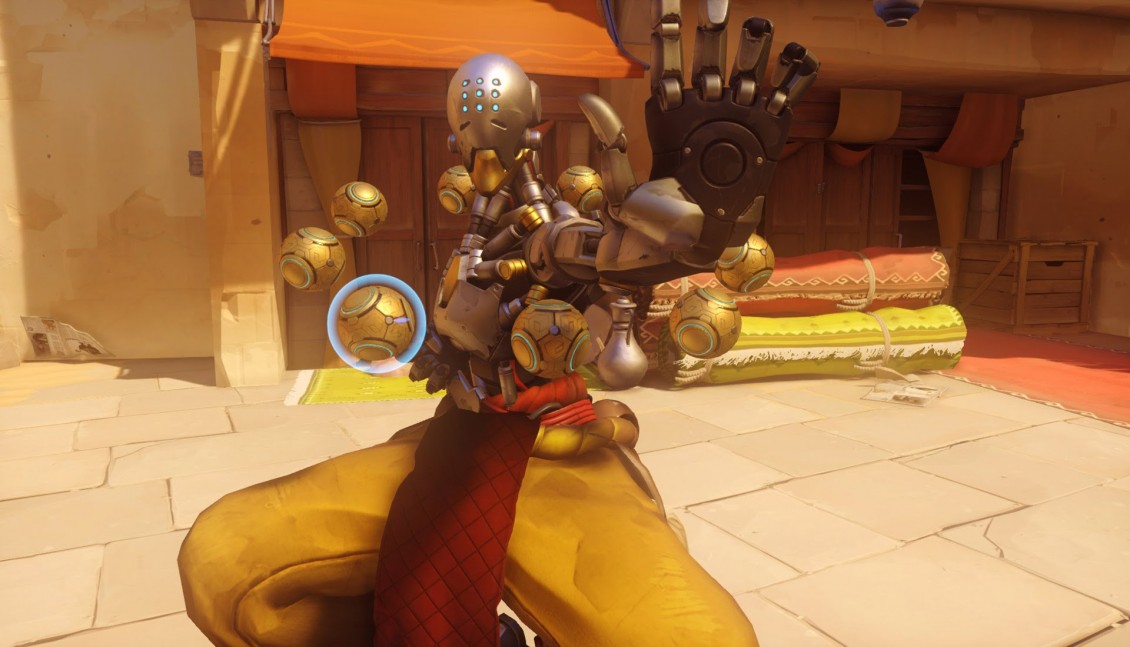 Overwatch has been out a little while now, and the team here has been frantically playing every spare second we have. Some of the characters make us scream (seriously, when there are 3 Torbjörns and a Bastion, Dan Murphy creates brand new obscenities), but some of them are becoming our best friends. These are our favs so far – make sure you tell us on Twitter which ones you love (and hate).

I’ve not had Overwatch for very long so I haven’t as yet managed to play all of the heroes, but from what I have played so far there are a few characters emerging that I really enjoy playing. In particular I like the Support characters, every one of them feels useful in the right circumstances, but perhaps my favourite so far is Zenyatta.

I like Zenyatta because out of all the support characters he feels the most offensive. He is also pretty simple to use which is useful if you are just getting to grips with the way the game works. He has two orbs, his harmony orb provides healing to team mates gradually over time, while his discord orb increases the damage done to enemies by up to 50%. Both the orbs of harmony and discord are only effective for as long as the target remains in Zenyatta’s line of sight, so I find I get the best out of him by sticking with my attacking team mates and firing those orbs of destruction at a marked target.

Zenyatta is pretty slow to get back in to the action if he dies which is a pain, however his ultimate “Transcendence” is really useful if the team is pushing an objective as it heals all nearby allies and renders Zenyatta invulnerable for a short time. I like to save it for times when the team are pushing the objective together to ensure they have adequate health to storm the point and I can’t be killed for that period of time. The trick then is to blast those discord orbs out as soon as you have control again and help your team eliminate the enemy.

I like him the best so far because although I am comfortable with support characters, I am also pretty attack focused and the offensive abilities of Zenyatta make him my go to hero at the moment.

There’s something about support characters in Overwatch. Honestly, not enough people are willing to play them properly, or they’re not willing to learn how they’re supposed to be played. But truthfully, the biggest reason a lot of people avoid support is that they’re not fun in the traditional sense. Take this example: my friend Ryan was a Bastion, and I was Mercy. I spent the entirety of my round ensconced behind him like a coward, only, I was a responsible coward. I stood still, mostly, while he doled out the damage thanks to my buffing his attack output, then, when he needed it, I healed him up, then went back to buffing. I barely moved, yet we dominated. We were a team; an unstoppable team. Later, we replicated this, only I managed to bring him back to life twice with my Ultra, and it helped us win the match. I wasn’t on the front-lines, dominating, but I was vital to my team.

Those moments are exciting, and make you feel like you’re playing the game, but almost a different game to everyone else. That’s something Overwatch does better than any other shooter, for me, and it’s why Mercy is so brilliant. Using her move that lets you jump right to a hero means she can float around the map, healing and buffing, and truly making a difference. A good support character is the difference between dominating a match, and losing. She might be easily killable, but with the right combination of characters, she’s the scourge of the battlefield. Ever since I got bored of playing Bastion in the beta, I’ve been trying new characters as far as possible. My favourites since launch have ranged from Genji to Mei but my most played and the character I’ve had the most fun with so far is definitely Pharah. Pharah is also great because her Jump Jet is a quick escape from tight spots usually. I also love her ability to fly and sort of snipe rockets into enemies. Since the rockets have a decent damage radius, accuracy isn’t too important like with Widowmaker. My only real complaint with Pharah is with her legendary skins. I feel like they could have put in more effort into creating something unique like they did with Mercy. JUSTICE RAINS FROM ABOVE

There are many Overwatch characters with whom I’ve had blissful love affairs. During the beta Hanzo was my guy, I used to frequently noob it and be Bastion or Törbjorn, I had a brief fling with Pharah, and one spontaneous, intense moment with Zarya. Some of the heroes remain my bits on the side, Symmetra, Lucio, Mercy, and that big meaty Roadhog, but now my one mainstay, my true love, is Tracer. We started on the wrong foot as I just couldn’t get her under my spell, could never quite grasp her fleeting movement. One moment she was here, the next vanished into thin air. The accent is still utterly ridiculous, but now I’ve got a handle on her zip-zapping movement, how she can bamboozle foes with her lightning movement. Bending both space and time to her will, together we wreck-up shop. The aim is never to wrack up the kill count, but sometimes the best way to attain the objective is by wiping out the enemy force with unimaginable speed and two little machine pistols. We may have got off on the wrong foot, but now myself and Tracer are never apart for too long.

There is something weirdly satisfying about being able to wall run around as Lúcio. Sure, his main focus is his healing and speed boost, but just running around the map on the walls dropping onto unsuspecting enemies and pushing them off a cliff is quite possibly the most fun you can have in Overwatch. Obviously this isn’t the ideal way to play him, as staying with your team and proving the much needed boosts is much more efficient, but only half as fun.

That being said; the moment to moment gameplay of Lúcio is by far my favourite, you don’t need the incredible aim that the likes of McCree require and you don’t feel like you only have one role like Mercy, but you always feel like you are making an impact on the game. With Lúcio you get the best of both worlds, you chill it out, take it slow (with the heal), then you rock out the show (with the speed boost). Essentially what I’m saying is Lúcio is the Hannah Montana of Overwatch, and that can never be a bad thing, because you mix it all together and you know that it’s the best of both worlds.