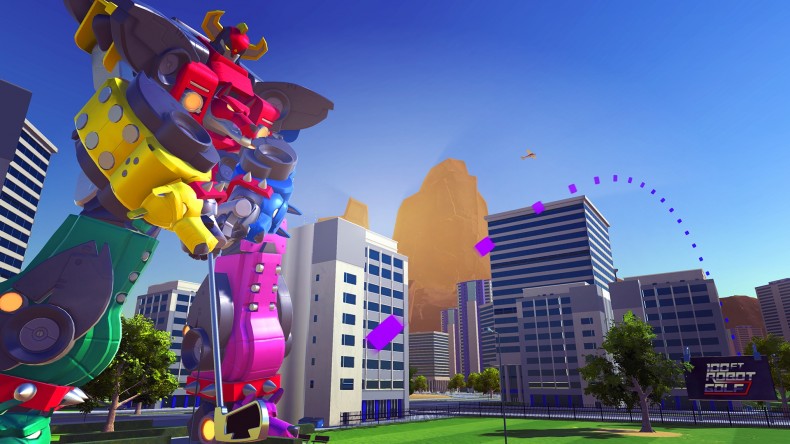 In a post on Playstation Blog, Dan Teasdale, co-founder of No Goblin, has revealed that 100ft Robot Golf will launch on PS4 on October 10.

He then went on to show a new playable character called “Project C,” a robot even larger than 100ft that is driven by five puppies, rather than the conventional one human, with the ability to throw a Freesword at any time, allowing problematic buildings to be cleaved in half on the path to the hole.

As the title suggests, 100ft Robot Golf is a golf game where the playable characters are actually massive robots and the courses are destroyable cities. Up to four behemoths can play at once in both local and online multiplayer and Playstation VR is supported, allowing players to see the view from atop the huge machines as they play.