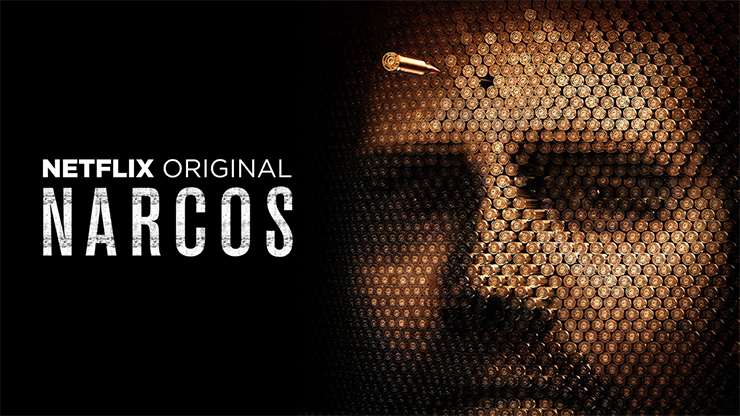 Babbel.com and Netflix partner to help you learn Spanish with Narcos.

The language learning app Babbel and Netflix have partnered to get you to talk like Pablo Escobar.

New York City – Netflix, the world’s leading Internet television network and Babbel, the app offering the shortest path to a real-life conversation in a new language, draw their guns to launch a new Spanish language learning lesson based on the widely-acclaimed series, Narcos. The successful show based on the true story of the growth and spread of cocaine drug cartels across the globe, debuted its second season on September 2nd, available exclusively on Netflix. Designed just like any Babbel lesson, the Narcos demo “Speak Spanish like El Patrón” teaches you everything you need to know, from scoring deals to hiding contraband, to the complexities of privilege — all the while learning Spanish.

Several studies suggest that language acquisition may be facilitated by watching subtitled television programs1. With the rich bilingual dialogues in Spanish and English, Narcos Season 1 allowed Netflix members a chance to brush up on their language skills. For the launch of the second season, Netflix and Babbel came together to inspire even more people to learn Spanish through a fun, narco-style language experience.

“Many people worldwide are introduced to new languages through TV series and movies. By using what you love to watch, to learn a language you’d like to know, we’ve created an emotional connection that bonds you to a new language that might otherwise have remained inaccessible,” adds Thomas Holl, founder and President of the Babbel Inc. “The partnership with Netflix lets users engage with Spanish in a uniquely Pablo Escobar way, showing them that learning a new language doesn’t have to feel like sitting in a Colombian prison.”

“Speak Spanish like El Patrón” is available for global audiences at https://go.babbel.com/narcos_spanish/en. The demo lesson features images and audio material from the original Narcos series and is adapted to teach Narco-Spanish in six of Babbel’s display languages, including English, French, German, Italian, Portuguese and Swedish.