by Advertorial - Paid Placement on September 5, 2016 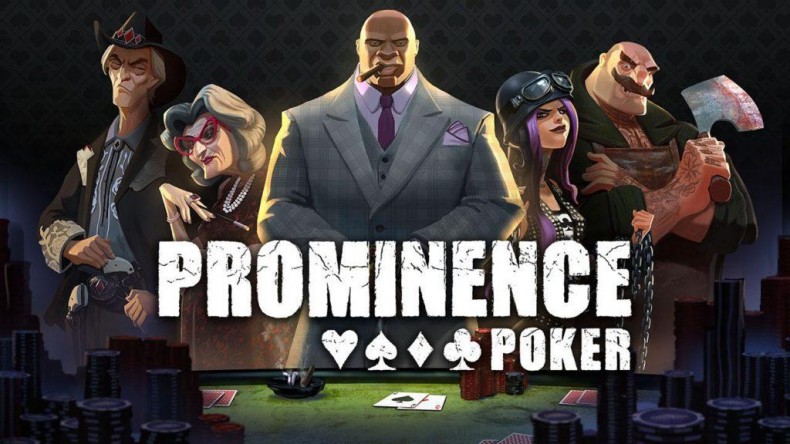 Thanks to the advent of improved internet connectivity and, of course, the smartphone, online gambling has become increasingly popular. From themed casino slots to a revival of exciting new bingo sites, the industry is more popular than ever.

Concurrently, video games containing a gambling angle have proved to be a big hit in recent years with the likes of Far Cry 3 and Red Dead Redemption offering mini-game options for players. It follows then that a game dedicated wholly to this popular pastime should be developed…and indeed it has in the form of Prominence Poker – a dark, Texas Hold ‘Em RPG.

Inspired by the shady undertones of an underground world, the game holds a tantalizing story-line with a role-playing format. The story begins with a run-in with the Mayor of Prominence who just happens to be the chief poker player in the city. The clash leads to a duel for a rematch in which you must defeat the four poker leaders of Prominence and prove your worth to the Mayor.

Your character begins as an amateur with the nickname “The Tourist”, however, you are able to create your own avatar with a number of sliders for appearance. Here you can change the colour of hair and define finer facial features. You can also customise your character by selecting headwear, accessories and tattoos. Finding the right gambling centred video game can be difficult for a user, particularly for those who aren’t all too familiar with the many forms of gambling. Many games can lack the actual gaming aspect, however, Prominence Poker is the perfect balance of gaming and gambling.

Whilst the game boasts a number of well thought-out features, such as the option of purchasing items to take to tournaments to distract others e.g. cigars, cocktails or shots, the single-player aspect does lack movement. That said, the AI gives you good experience for the format of the game and a chance to build up your bankroll before you head online.

The multi-player option is undoubtedly the strongest aspect of the game as six players dabble against each other to win chips. In order to qualify, you must meet the buy-in threshold and any chips which go over your buy-in will be added to your overall bankroll.

One pleasing aspect of the game is that every 24 hours you receive your ‘Daily Cut’. This is where you are given a sum based on your character’s reputation level and the consecutive number of days you have played.

From a visual aspect, Prominence Poker bodes OK. The characters and their environments are all 3D and the settings are diverse, however, the ambience of the locations does not come through as well as other titles. This is perhaps down to the lack of background SFX which would really help to add to the gritty feel of the story.

Much like the game’s venues, the 3D characters are somewhat commendable and their actions are fully animated but this can appear slightly buffered at times. The camera control is also somewhat limited tending to favour an extended view of the game rather than any first person interaction. Unfortunately, the overall realism of the game is not consistent. While the in-game option to bring props to the table offers an excellent addition, other aspects of the game do not measure up to the expected standard. The computer generated characters are irrationally aggressive and they tend to play some suspect cards which, more often than not, lead to a showdown. This calls for a rather boring, orthodox style of play if you wish to defeat opponents and progress through the game.

Prominence Poker needs some work, the gameplay is currently somewhat limited and the the stifling movements of characters is frustrating. However, the multiplayer option is an excellent feature and more than makes up for it. It is clear that the game is not finished but it is also clear that the developers have some excellent ideas lined up. 7/10.