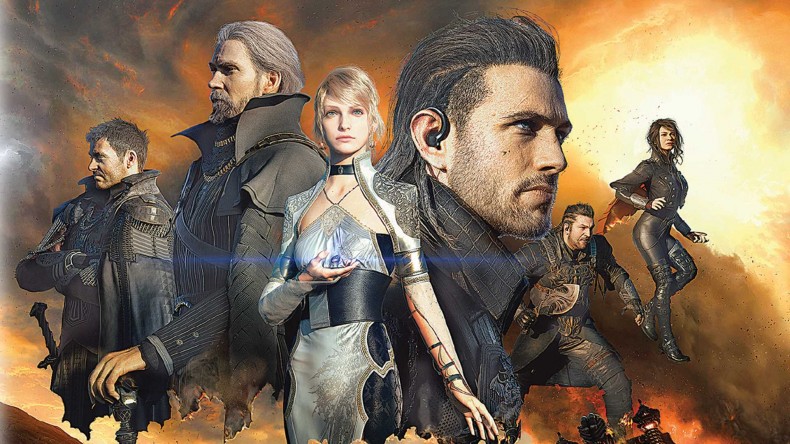 We love giving you things, and we also like video games, so what could be better than to give you the chance to win a copy of Kingsglaive: Final Fantasy XV on blu-ray?

Nothing, that’s what. So read the blurb about the movie below, then hit up the box that gives you lots of ways to enter.

Synopsis:
The magical kingdom of Lucis is home to the sacred Crystal, and the menacing empire of Niflheim is determined to steal it. King Regis of Lucis (Sean Bean) commands an elite force of soldiers called the Kingsglaive. Wielding their king’s magic, Nyx (Aaron Paul) and his fellow soldiers fight to protect Lucis. As the overwhelming military might of the empire bears down, King Regis is faced with an impossible ultimatum – to marry his son, Prince Noctis to Princess Lunafreya of Tenebrae (Lena Headey), captive of Niflheim, and surrender his lands to the empire’s rule. Although the king concedes, it becomes clear that the empire will stop at nothing to achieve their devious goals, with only the Kingsglaive standing between them and world domination.

KINGSGLAIVE: FINAL FANTASY XV was directed by Takeshi Nozue from a screenplay by Takashi Hasegawa and was produced by Larry Sparks, Shinji Hashimoto, Kosei Ito and Hajime Tabata.

KINGSGLAIVE: FINAL FANTASY XV has a run time of approximately 110 minutes and is rated 12 for fantasy violence and action throughout.

Important bit: You have to be a UK resident to enter the competition, and any non-UK entries will be invalid. The winners will be picked at random and no appeal will be considered.