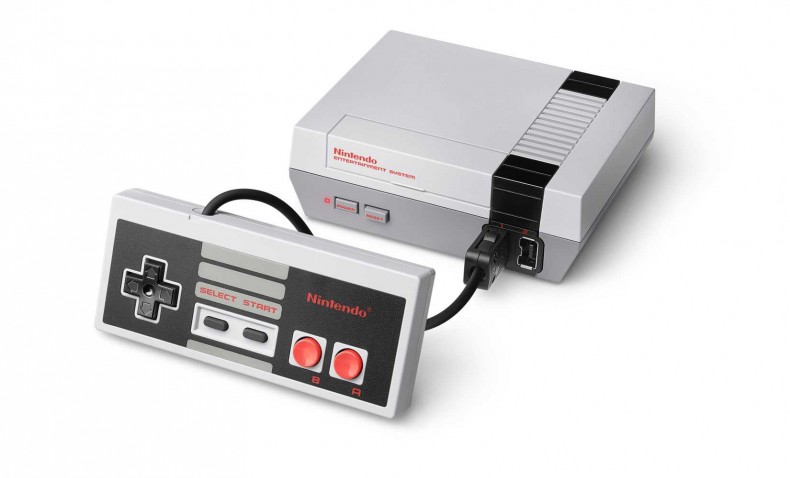 Ever since video games first appeared in the late 1970s and early 1980s, they’ve taken the globe by storm, giving the world’s youth a new past time, sometimes taking hours of each day. As technology has evolved, older video game systems have become obsolete for newer, more powerful game systems that have innovative capabilities. Some gamers feel the urge to go back to the simpler times from the past with their old school video game systems and relive their childhoods. Here are 10 of the best classic video game systems from the industry.

This year’s release of the throwback NES classic has many older gamers reminiscing about the early days of the original Nintendo Entertainment System. First released in 1984, the classic NES helped launch of new generation of gamers into the past time. Children and adults could take on classic games like “Duck Hunt” and the beloved “Super Mario Bros” Series.

In 1999, Sega released its controversial Dreamcast console. Instead of analog cartridges, the Dreamcast used digital discs for its games. While at first, the reception was positive and strong for the game system, newer and more exciting consoles released in the early millennium contributed to the Dreamcast’s quick decline, and Sega’s exit from the video game console market.

After the success of the NES in the 1980s, Nintendo wanted to make a newer version of its game system with stronger capabilities. Its answer to this situation was the Super Nintendo System, which was launched in North America in 1991. Instead of the limited 8-bit system that the NES used for gameplay, the SNES bumped up the experience to 16 bits for improved graphics, bigger storylines, and a better play experience.

Every kid from the late 1980s and early 1990s remembers the iconic singsong sound of Sega that was heard when you first started up your Sega Genesis System. This 16-bit gaming system was released in 1989 in North America and introduced the world to the “Sonic the Hedgehog” series.

In 1994, Sony released its first PlayStation video game console. The system featured cutting-edge graphics and new, innovative gameplay as well as great titles for gamers to enjoy. This made it one of the most popular video game systems of all time, selling more than 120 million units. Its extensive list of games for the console helped make it a leading product in the video game wars of the mid-1990s.

The launch of the Gameboy system in 1989 was a new innovation in portable gaming systems. Gamers around the world could take the fun with them, anywhere and anytime. Although the first model of this system was a simple 8-bit console with a black and white screen, later updates would bring color to the screen and better performance.

Another entry in the handheld system wars was Sega’s Game Gear, which was introduced in 2001. It competed with the some of the newer models of Nintendo’s Gameboy console. Game Gear featured some of Sega’s top video game characters, including Sonic the Hedgehog. It also had a vibrant color display screen and enhanced sound and play performance for optimal portable gaming experiences.

In 2005, Microsoft got in on the video game console market with the launch of its Xbox 360. This video game system helped lead a new generation of games that used motion capture systems to enhance the gameplay experience. Additionally, popular titles like “Call of Duty” from Activision, whose CEO Bobby Kotick has embraced new video gaming technologies, have helped establish the Xbox 360 as one of the top-selling consoles of all time.

Of course, most of the obsession with video games began with one of the first widely available video game consoles, the Atari 2600. Introduced to the North American market in 1977, this popular video game system revolutionized arcade games by bringing the gaming experience to everyone’s home television screen. Some of the most beloved game titles of all time began in development with the Atari, like “Pong,” “Asteroids,” “Pitfall,” and “Pac-Man.” Teenagers around the world embraced the new way of spending hours at home playing games.

The last popular video game console from the past is the PlayStation 2. Sony brought this upgrade to its popular PlayStation system in 2000. It was immediately embraced by the video gaming community and became one of the fastest selling products of all time. This fact made the PS2 even more popular than its predecessor.

Today’s video gamers should take time to think back to some of the popular consoles from the past. These popular systems from years ago have helped create new innovations in the industry and have led to vibrant offerings in game consoles that are out today and are coming in the future. The market for video games today is also starting to send a nod to the games of the past with new offerings of updated classic systems.