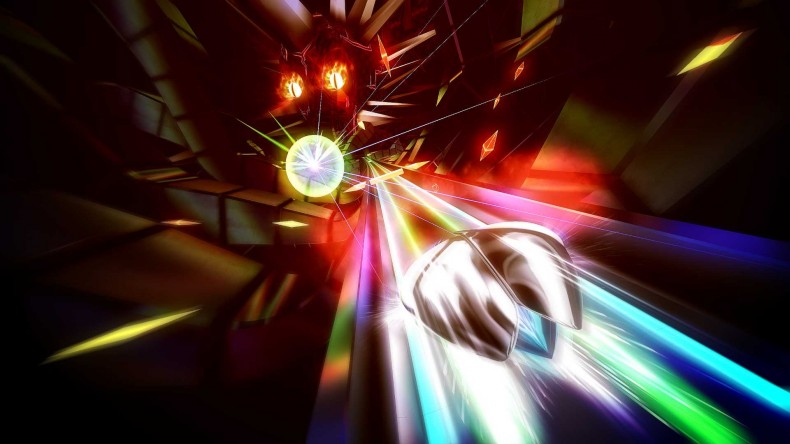 As the year comes to a close, we can reflect over how astonishing 2016 has been for gamers around the world. Russia joined the US in officially recognizing tournament gamers as ‘pro athletes’ in a step toward legitimizing esports. Virtual reality headsets hit the market, and at costs much lower than many of us had initially expected. Impressive artificial intelligence and procedural generation has been introduced in an increasing number of games, and some excellent and highly-anticipated titles have been released. There have been some disappointments, however – particularly with regards to those much-anticipated titles that were expected for 2016 but got postponed due to development delays.

To make up for any disappointment you may have experienced from postponed game releases in 2016, take a look instead at this round-up of great indie games you may have missed this year…

Game studio Drool had gamers excited from the moment it released a taster of its new title ‘Thumper’, and reviews of the newly released game shows that the hype has been well-justified. The developers have described it as a ‘rhythm violence’ game, which doesn’t really explain much – but that’s because Thumper is not like other games. The unique concept sees players press buttons in sync with the adrenaline-inducing music that plays whilst you whizz through flashing neon obstacle courses, defeating bosses along the way. Every aspect of the game, from its originality to its trippy visuals and music, will have you glued to the screen. If you like games that capture your full attention and get your heart racing – don’t miss this one.

Whilst not technically released yet (the game is in its freeware alpha state), Boneloaf Studio have given us a sufficient taste of ‘Gang Beasts’ to know that this title is going to rock our socks. The multiplayer game sees clay-like animal characters stuck in hazardous environments where their intention is to kill off the other players until you’re the last one standing. Set up traps for your opponents, throw them off the edge of a building, or simply knock them unconscious using a random object. The absurd game has received overwhelmingly positive reviews, praised for its amusing graphics and hilariously designed hazard settings.

Unlike the kind of poker you’d normally play on your PC, ‘Lords of New York’ is totally plot-driven; rich with story, vintage visuals and fun characters. Set in 1920s New York, the game follows a number of characters whose lives intertwine. Lunchtime Studios explains that the game concept is based on the idea that poker isn’t really about the cards – it’s about the people. And if you’re going to succeed, you need to learn everything about your opponents. The game is sure to appeal to real poker players in how well it reflects actual poker games, giving players the options to read and intimidate their opponents, and bluff or cheat their way through. Overall, ‘Lords of New York’ a fun game which combines classic story-driven role playing with traditional Texas Hold’Em.

If retro platform graphics give you a trip down nostalgia road, or if you’ve got a weakness for good dungeon crawlers, then ‘Enter the Gungeon’ will be just up your alley. Play as one of the misfits who shoot, loot and dodge roll their way through an 80-style dungeon in search for a legendary treasure. Pick up crazy weapons along the way, survive increasingly difficult challenges and simply enjoy this game’s creative twist to the classic dungeon crawler.

Anyone old enough to remember puzzle games ‘Myst’ or ‘Riven’ will have a better understanding of what ‘The Witness’ attempts – and succeeds – to achieve. Exploring an open world consisting of beautiful maze-like islands, you progress by solving different types of puzzles throughout the game. With over 600 of such riddles and puzzles, ‘The Witness’ will keep your brain clogs turning whilst treating you to lusciously designed settings. You don’t have to solve all puzzles to complete the game – which is lucky considering one of the puzzles is believed to only be solved by 1% of all players.

Horror fans – this one’s for you. Eerie to the max; ‘Layers of Fear’ is a psychologically disturbing game which has you play as a mentally insane painter trying to complete his masterpiece, but things get in the way of his objective – hauntings, flashbacks and terrifying disturbances, for exaqmple. Navigate your way through a Victorian-era mansion…and avoid those paintings flying off the wall toward you. The exploratory nature, sense of confusion and truly unnerving setting is what sets this game apart from others in the horror genre.

The first person mystery game has players partner up with an FBI agent investigating the disappearance of a young boy in rural Virginia in the 90s. The slow pace and subtle clues scattered throughout the game are what give ‘Virginia’ a sense of sophistication which draws you in and holds your attention. For those who like a supernatural thriller games with a cinematic feel, try out this indie title.

Gorgeously illustrated and inexplicably unsettling; ‘Firewatch’ is a one-of-a-kind game. You play as Henry, a fire lookout in 1989. Soon after he starts his job at the Shoshone National Forest, Henry begins to notice strange occurrences. His only human connection being through a walkie talkie to a supervisor named Delilah, Henry is all alone in the wild unknown. Your choices shape the gameplay, with secrets to be discovered no matter what course you end up on. The game has received favourable reviews for its gripping story and high quality production.

There you have it – eight awesome indie games that should keep you satisfied until the eventual release of all those games that got rescheduled for 2017. As evident from this small list alone, indie studios have never been better nor more successful – and we’re already looking forwards to next year’s indie releases.