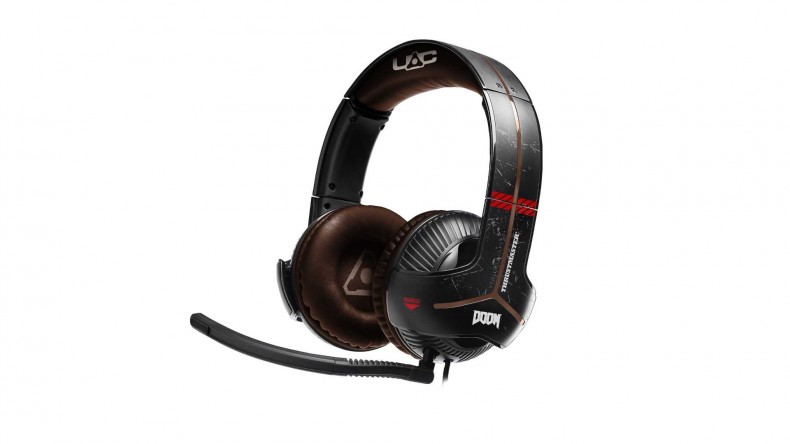 Do you remember that Christmas where your wish for a “games bundle” was granted? Can you recall tearing open the cardboard on your brand-new console box, peeling back the cellophane from your glossy games, and awkwardly assembling the accompanying gaming headset before strapping it on tightly?

At one point, these packages containing machines, controllers, games, and headsets were all the rage in the gaming community. Curiously, however, while the consoles whirred on and the game discs spun, the headsets gathered dust in the corner. Unless you enjoyed screaming at teammates on Call of Duty, the chances are you fell out of love with your gaming headset rather quickly.

For many years, the gaming community refused to wholly embrace headset gaming, but now, with 2017 around the corner, headsets appear to be making a triumphant comeback – and not as part of bundles, but as advanced, standalone devices that gamers actively seek out to enhance and transform their gameplay experiences.

It has taken some time, but gaming is now making huge strides toward augmented/virtual reality, offering players a renewed sense of freedom and gameplay that both looks and feels authentic. As technology has moved forward, players have enjoyed the enhanced graphics and sandbox-style approaches that games have been able to provide, but they have largely been reluctant to put down the gaming controller – which appears to be one of the few barriers standing between the player and a wholly immersive, step-into-a-new-world-style experience. Games controllers are a bit like the totems in Inception – keeping reality and gameplay apart. As long as you have one in your hand, you’re still in the real world.

Button-bashing and thumb-flicking on controllers has long been the socially acceptable way to play digital games, and while augmented reality kits have seemed, in the past, too peculiar for words, the stigma surrounding them is lifting as players begin to readily embrace a more progressive form of gaming.

The rise of virtual reality (VR) headsets represents an important marker in this emerging trend.

The Oculus Rift (perhaps the most popular VR system) has begun to cement its place in the tech world, and now we’re beginning to see games with VR headset compatibility – such as ADR1FT, Eve: Valkyrie, and the revamped version of Minecraft. There are also a number of exciting VR experiences set for 2017, including Batman: Arkham VR (where the player literally steps into the Dark Knight’s shoes) and Paranormal Activity VR (a visceral haunted house experience).

Augmented/Virtual reality almost certainly seems to be the next big thing – evidenced by the likes of PlayStation’s own VR headset; HTC’s VIVE system; and Meta, a Augemented Reality kit backed by high-profile support and investment from the likes of Charles Phillips, the CEO of software company Infor. The Charles Phillips Twitter account is considered a go-to channels for tech and business investments, and with the likes of this man in its corner, AR technology will no longer be trapped by a ceiling of limitations. The proof is there: huge brand names are equipping themselves for the emergence of VR and AR – with many of the big boys in software and tech already on board.

The popularity of VR headsets, at least in their current form, will probably not be sustained. After all, this is the gaming industry, and any product that doesn’t receive a revamp within 12 months is at risk of being branded at best basic, and at worst obsolete. What the emergence of VR headsets does represent, however, is an important time in the world of gaming. People are increasingly turning to tools that can make their gameplay experiences more immersive – and communicating in-game via headsets is the first rung on the ladder.

VR headsets are likely to become entirely new creatures capable of all types of new things a few years down the line, and while the likes of VIVE and Oculus Rift may no longer be in demand, they’ll always be considered monumental products in the shift towards the new style of gaming that is surely set to take over in the near future. What these headsets have done for virtual reality is what Atari’s Home Pong system did for classic console gaming.

Though the future of gaming is ever changing, for now we know that the next few years will be the generation of headset technology. Virtual Reality gaming is already here and Augmented Reality is in its infancy and soon the gaming experience will be changed completely.