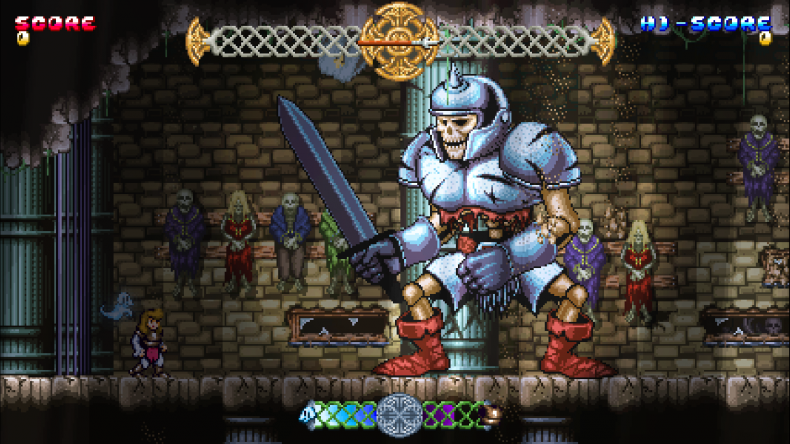 Causal Bit Games’ Kickstarter for Battle Princess Madelyn has successfully funded after five days and is now aiming to hit stretch goals. The game has so far raised $105,000 CAD and received positive first impressions from backers and press.

Kickstarter rewards include a physical PS4 version of the game as well as collectables and other exclusives for backers.

Creative Director, Christopher Obritsch has this to say, “The reception for Battle Princess Madelyn has been phenomenal. Never in my wildest dreams did I think we would fund this fast and it continues to grow! Fans have been telling us that our game is the spiritual successor to GnG that they’ve been anticipating for all these years.” He continues, “We’re now seeing our stretch goals being achieved faster than we can add them. The pledges and support we’re receiving will ensure our team creates and innovates the game as best it can be.”

The campaign on Kickstarter began on 15 March and will run through to 14 April. There are plans to release on PC, Playstation 4, Xbox One, Nintendo Wii U and Switch in early 2018.

You can watch the Kickstarter video below: