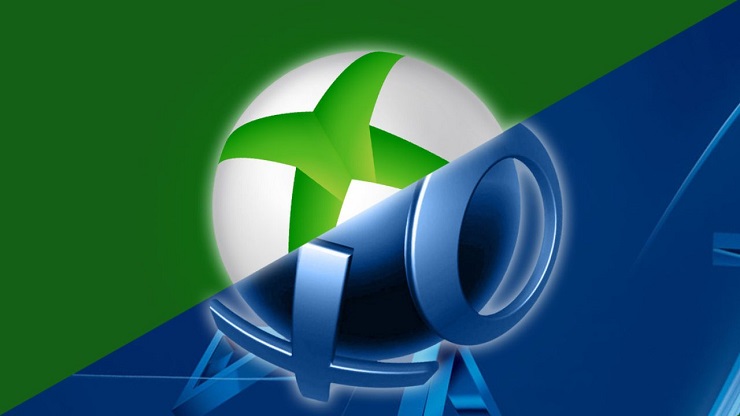 Cast your mind back to 2012, the Xbox One had been revealed to the world and Microsoft’s Xbox team found themselves in a state unparalleled scrutiny. Mixed messaging, poor communication and bizzare (and ever so corporate greed-y) decisions left an uncomfortably bitter taste in the mouths of gamers the world over. One particular sticking point for many, was the focus on digital games and the concerted efforts to push this onto consumers. Games requiring a fee to be played on another console and the constant need for an internet connection to ‘check-in’ with MS servers being the two biggest culprits of a host of seemingly anti-consumer visions of what MS wanted the next Xbox to be – the Xbox One. They couldn’t even get the name right.

Of course, the push back by people was huge. Many people claimed the Xbox One to be DOA and proclaimed that MS had truly lost their way after the rampant success of the 360. Sony was quick to counter, with a deft move, releasing that advert and cementing the ‘for the players’ rhetoric that would be the PlayStation slogan for the next few years. It was quick, clever and made many people think that the PlayStation 4 would be the best choice to continue their hobby, and I was one of them. Safe in the knowledge that I could trade in my games, or lend them to friends, without any additional charges, I felt confident I had made the right choice. But then something changed. A year and a half into the current gen of machines I started buying many small digital titles; they were cheap, and Sony were reducing many titles further with weekly discounts. They felt like less of a gamble if I didn’t like them and I could even share these games with my partner via the family sharing ability of my PSN account. It sowed the seeds for my inevitable transition to full-on digital purchases a few months later, and I had become the very consumer that MS tried to target with their original vision for Xbox One. Sorry Phil.

Now I know you’re probably thinking that digital games are more expensive, and a quick comparison of digital pricing will confirm you’re right. New titles appear on the digital marketplace typically within the range of £44-£55 compared to the £37-£45 or traditional retail; it seems a lot of money on-top, for nothing more than convenience, and a year and a half ago I would have agreed, but after a couple of particularly great deals on AAA titles that I couldn’t resist, and a lazy, can’t be arsed to go to a midnight launch/wait for the post attitude, I suddenly came around to the digital way of life. Of course, however, the cost had to come down for me to sustain my newfound laziness. Lets start with that price. At the time of writing the standard digital version of Resident Evil 7 is £49.99 on PS Store. It’s expensive. But, their are ways of reducing the cost, for example, a quick trip over to CD Keys will net you a PSN wallet top-up of £50 for £45.99. If you want to save even further, become a member of their site (for free) and like their Facebook page to get an extra 5% off, bringing the total down to £43.69. Want more money off still? Then sign up to Quidco and use them to grab some cashback (as of Jan 2017 its 2.2% – roughly 90p); it might take a few weeks to get the cashback through, but it is money for nothing and well worth building up a small cashpot for future purchases.

So now that we have the price down to £43 pounds, you might still think that its not worth the effort, and if I’m honest and you are only buying games for yourself and trade in regularly, then physical is still going to be the most value. However, if you have someone else in your household who you game with you can get much more value for money when it comes to digital purchases. By using the family sharing features of your account you can effectively ‘double up’ every purchase. For example, I purchased Battlefield 1 and the premium pass, using the methods above. Both my partner and myself are able to enjoy the game and all its extra dlc without having to spend an extra £40 for both copies of the game; over the course of a year it makes a massive saving on games, season passes, dlc, and PS plus. If you wait for sales, which have been getting more frequent its even better. It seems that I’m not alone in making the switch. The Entertainment Retailers Association preliminary stats for game sales show that physical sales are down 16.4% from 2015 sitting at £776.0m, while digital sales are up 12.1% at £2,181.2bn. Of course this includes mobile games, but it shows a clear indication of how gaming consumers are changing how they get their content; physical wont be going anywhere, but expect digital to start becoming the primary source for most people in the very near future.

Of course it comes at a cost and not just the obvious trade-in value either, and as someone who still collects and plays vinyl records, I totally understand the urge to have something real and tangible in your hands, or on your shelf. With digital games, DRM is still ever present; lose your Internet connection and be prepared to lose access to all digital titles that are not on your ‘primary’ console as they fail to check-in with Sony or MS servers. You can get around this by tethering a mobile phone to your console for the check-in, but multiplayer is off the cards until you get the Internet back. Also you’ll find that you will end up locked-in to one console, as inevitably, you’ll end up with money left over in your digital wallet and end up purchasing more games for one system over the other. For us single console peeps though this isn’t a problem, but I have to say that I’m sorry to Microsoft (and Nintendo); I’m doubtful I’ll be buying your current and next machines for the foreseeable future, even though you designed the Xbox One to match my evolving buying habits.