HEVN is a smart adventure game with some nice ideas 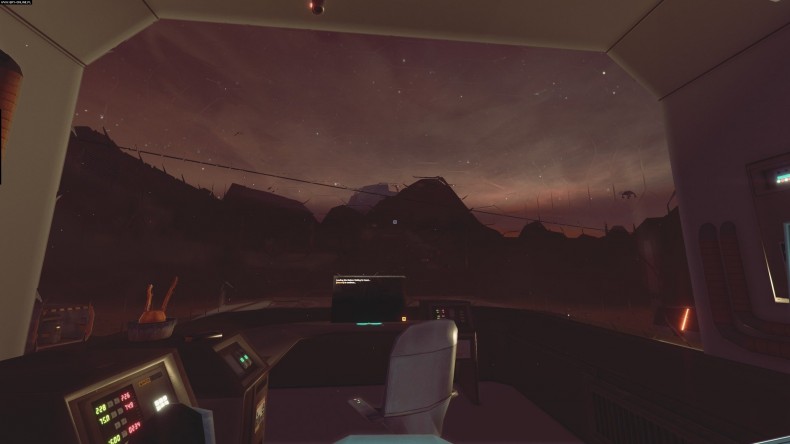 Walking around the Nomoni Mining Station felt familiar, if a little unnerving. I couldn’t help but think about films like Moon and Alien, eliciting feelings of paranoia and loneliness, not quite sure what was waiting around the next corner. HEVN is an interesting beast; it’s a game that doesn’t give you much guidance – rather it passes you the reigns early and expects you to find your own way. Upon waking up, you slowly learn where you are and what your purpose is, but something isn’t quite right.

In HEVN, you play as a chap called Sebastian Mar, a volunteer on a mining expedition light years away, so distant from Earth – from friends and family, and any semblance of a normal life. After waking up from a 15-year sleep, Seb has adjust to his new life, through orientation and exploration. There’s a lot of magazines and other forms of documentation available to read, detailing what you’re doing up there, and why it’s such a vital endeavour. You learn all about why Earth is struggling, through climate change and technological disarray.

One of the things I really like about how this information is presented, is the absence of walls of text, but rather colourful pamphlets and magazines that look like they’ve had a lot of work. The designs look like authentic publications, and a lot of work has gone into making them look and feel realistic. Other documents have been handwritten, such as a handbook I found in the locker room. The detail in the littlest of places has had plenty of care put into it, and I found this to be one of the reasons I enjoyed HEVN. There’s a letter from your family on earth, and it feels like there’s a lot of love in each word, feeling like there is a family sat so far away, missing every fibre of your being. The Fallout series seems to have been a huge inspiration to HEVN, as the way you must replenish your energy levels through eating, sleeping, and drinking feels familiar. There’re lots of food and drink lying around, with a lot of it looking like some of the stuff you’d find in Capital Wasteland. Even the menu screens are similar, with one screen showing an outline of a human body and parts of it singled off for you to heal with medicine etc, much like the Pip Boy and the injecting of Stampa’s to designated limbs.

Of course, HEVN is its own game, and the puzzles I came across in the demo were challenging, but rewarding, and there were many ways you can approach them. This is something I really appreciated, mainly because there’re a lot of games out there that insult your intelligence, either being too simple, or overly complex. HEVN gets the balance just right, and when you think you’ve ran out of options, a simple nosey in your inventory can give you the answer. I’ll give you an example of HEVN’s logic. When you pick up your tablet (a tool you can use to communicate, and organise your path), you’re given a user-specific code to unlock it. Scattered around the facility on Naic are computer consoles and storage units with electronic locks that require a passcode. I tried my own code on the one in maintenance, but it didn’t work. I must have scoured my surroundings for an hour, getting hugely frustrated with it. Why was this game being so unhelpful? Why couldn’t I find a damn passcode?

After hitting my head against a brick wall, I had an inkling to look through all the items I’d found. Amongst the electronic parts and food, I’d discovered that I’d picked up a hacking device. I couldn’t remember when or where I’d acquired it, but I equipped it and tried my luck. Within seconds I used it on the lock, and bingo, it opened, revealing an item I could then use to get into maintenance, and Quadrant 7 (access to the plains of this place I’d found myself on, outside the confines of the eerie facility). I felt like an idiot. Not only was there the hacking device, but I found a dongle in my inventory that was for maintenance, and on it was the passcode for the lock. I’d learned that HEVN may not give you much of a hand in working out what you’re supposed to do, but there’s plenty of help through various items you’ll find, just remember to pay attention to them all or else you’ll feel mighty stupid when you see them in your supplies after struggling for a while.

HEVN is a promising sci-fi adventure, with some neat ideas. MQ is a useful friend, even if you’re not entirely sure who he is, and the weird goings on and meaty story are going to be fun to learn more about when the game releases next month. I’d certainly suggest giving it a go, as Miga has crafted a smart and challenging first-person adventure with heaps of potential.

Video games are cool. Don't let anybody tell you any different.
MORE LIKE THIS
hevn