Betrayal, Rivalries and Respect in eSports 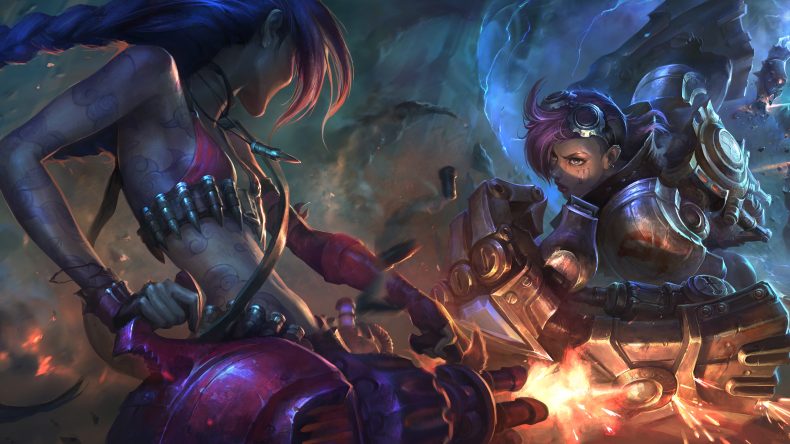 eSports are not only packed with action and excitement, but also with emotion. They have been growing exponentially in popularity since they were first introduced to the public. Over this time, numerous rivalries have of course arisen between both teams and individual players, yet only a portion of these have endured noticeably throughout the years. Why? Due to the nature of eSports as constantly evolving and giving rise to new teams, it is never certain that the same teams will stay on top year after year. We do, however, have staple players such as Flash and Jaedong, as well as prevailing teams like CLG (Counter Logic Gaming) and TSM (Team SoloMid). The nature of the rivalries between these opponents, however, are highly different.

The rivalry between CLG and TSM is one of the most prolific in North American eSports. It originated due to Player Andy Dinh leaving CLG in order to create a new team: TSM. Dinh reportedly founded TSM in September 2009 as a direct challenge to CLG, thereby kicking off a rivalry that would span years, continuing to this day. Their battles to become North America’s greatest eSports team focus predominantly in the fantasy MOBA game League of Legends, with the League of Legends 2016 World Championship seeing CLG pushing ahead slightly to gain tenth place whilst TSM came in twelfth. Yet although CLG won a victory over TSM in the 2016 Spring – split with a score of 3-0 -, TSM went on to beat them in the summer split.

In interviews, there is no mincing of words as the teams do not hesitate to trash talk one another. When asked what made TSM “easy” to beat, CLG responded by stating that “They’re just TSM, you know”. Meanwhile, in 2015, TSM player Marcus “Dryus” Hill (now retired from the team) claimed that “As far as I know, the only NA team I’m worried about is Cloud 9. The rest are nonexistent, especially CLG.” The rivalry between the teams in 2016 was particularly heated as a result of Jiliang Peng’s betrayal of CLG in 2015. The AD carry bot lane player, who uses the handle “Doublelift”, transferred alliances from his former team Counter Logic Gaming to TSM, causing the rivalry between the teams to become fiercer than ever before, not only in 2016 but as they move forward into the future.

On the other hand, within eSports occur rivalries that have a greater friendly atmosphere to them, although no less intense. Such a rivalry exists between StarCraft competitors Flash and Jaedong. Their rivalry as professional StarCraft: Brood War competitors extends back to 2007 when Young-ho “Flash” Lee entered the scene aged 14, a year after Jae-dong Lee, aged 16, had gone professional in 2006. They played against each other in the grand finals of a total of five premier tournaments in South Korea between just 2008 and 2010, and were sometimes referred to in South Korea as “LeeSsang” (“two Lees”) since they share identical surnames. Jaedong and Flash also received the nicknames “The Tyrant” and “The Ultimate Weapon”, respectively, for their gaming prowess, with Flash boasting a 70% win rate with his Terran race, while Jaedong is acclaimed as one of the most outstanding Zerg players of all time, competing in over 102 tournaments. The primary component of their rivalry, however, has always been friendship. In interviews, they maintain a highly complimentary attitude towards each other, with Flash explaining that “Having a rival is very special. We were friends, but he was also the one I always wanted to beat”.

Evil Geniuses announced Jaedong’s retirement on November 1st, 2016, whereas Flash has already retired almost a year before, in December 2015. However, their retirement from StarCraft II: Wings of Liberty has not heralded a decline in their rivalry at all; rather, now that they are both engaging in Brood War again, their rivalry is back and bigger than ever, right where it started. Their first official match in Brood War since 20011 took place on January 17th 2017 at the Afreeca Starleague (Brood War), and once again the friends were full of nothing but compliments for each other, with Jaedong even going as far as to describe Flash as “like a God”. The match ended in victory for Flash with a score of 3-2 in his favour, but Jaedong’s statement that “For years, and years, and years, it’s been ‘Jaedong and Flash'” looks to hold true for the future as well.


We as spectators choose loyalties to certain players and teams, rooting for them, placing faith in them and betting on them. It can be difficult to choose who to root for at first, but Master Mazuma’s guides deliver advice on how to decide which teams in eSports to bet on. With players switching teams, age-old rivalries and new teams constantly emerging, deciding whether to stay loyal to teams or players can be a difficult yet important decision.

It is the excitement of rooting for your favourites to succeed in their matches; the entertainment of watching rivals interact with one another; the sense of pride as they ascend through the eSports tournaments – this is what makes eSports such a compelling experience.