Eight tips to get you started in Marvel Heroes Omega 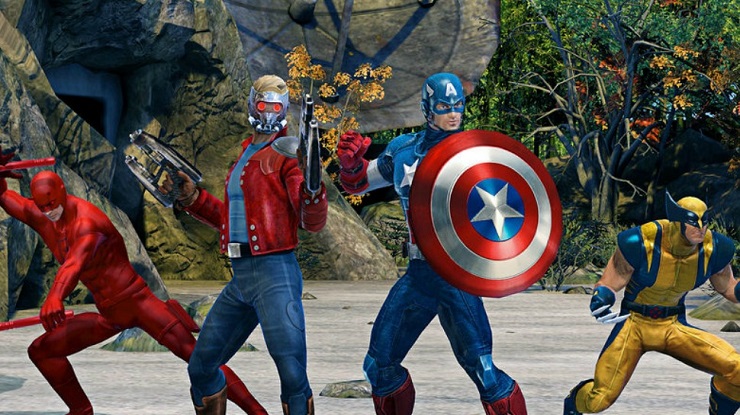 Marvel Heroes Omega has formally launched on consoles. Utilising a free-to-play model, this action, loot-based RPG is a fun diversion, but it can be extremely daunting when you first start. Here are a few tips to get you started.

As a free-to-play game you will be required to purchase heroes that you wish to play with. You can do this with real money, or by utilising the in game currency that you accrue as you play. There are 38 heroes to choose from, so picking one that you want to get to level 60 is quite the choice. Fortunately, you can try out each and every hero up to a maximum level of 10. Level 10 is, of course, only one of the key levelling points and you won’t be unlocking everything you can do at that level, but it is sufficient time to get an idea whether you would like to play further with them. Prices of each hero do vary with some costing as low as 200 Eternity Splinters (the in game currency), whereas others like Wolverine will set you back 750. You are given a small amount of splinters to start the game, enough to purchase one of the cheaper characters, or you could play a little while with Daredevil who you get for free until you get enough splinters to purchase the hero you want.

You will get an awful lot of loot as you play, most of which is unwanted or for a hero you aren’t using. It will be tempting to just sell the loot, but don’t. Instead visit the vendors and donate the gear to level them up. Higher level vendors will have better gear for you to be able to craft. The higher tier of gear that you donate will net you more XP. Each vendor will level to a maximum of 20 and it takes quite a while to do that, so start as soon as you can. Playing through the game you will be overcome with loot and crafting materials. We’ve already suggested donating unwanted loot, but the crafting materials you will need to use with the vendors you are levelling. Inventory space is really low, set at 40 unless you purchase more, so it is advised that you store your crafting materials in the hub areas until you need them, that way you can pick up more loot while playing.

The starting difficulty is set at Normal. If you want to gain access to higher tier gear then you will have to partake in and complete the trials to unlock harder difficulties. The trial to unlock Heroic difficulty is fairly straightforward and can be tackled relatively early on. The next one is much harder and will require you to be around level 50. Completing the trials is essential to unlock higher tier gear so attempt them as soon as you can. Loot follows fairly standard tier levels, but it’s worth familiarising yourself with them as follows so you can quickly identify which items to pick up:

Once you hit level 10 you will unlock your character’s special speed movement, activated by utilising the right trigger. Don’t forget to use it so you can traverse the environment much quicker!

Experiment with different builds on your character to see which combination of powers and talents work best for you. If things aren’t working for you, don’t be afraid to reset your skills or re-spec them as you play.


Play through the campaign

It seems obvious, but the campaign really is the best way to level up your character and gather Eternity Splinters. Don’t forget that if you have unlocked the Heroic trial you can increase the difficulty to gain access to the next level of gear.

Likes to shoot stuff and wear pretty shoes. Is a BEAST at Titanfall.
MORE LIKE THIS
Marvel Heroes Omega