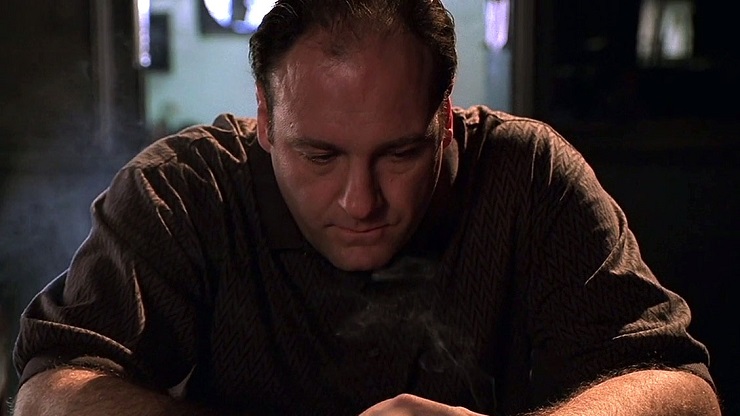 After many years following the lives of a select few characters, those credits hit, and the realisation that you’ll never see them ever again hits you harder than a heinous fart in an office block elevator. Yep, Bill, Harry, Jane, and Carl aren’t coming black, and the black that fills the screen becomes a representation of what’s going on in your heart. It’s a crippling feeling, so why do we do it to ourselves?

When we invest our time in television, it’s because a story seems cool – or a concept seems like it might hold a little weight over time – so we set our Tivos to record, or binge watch on Netflix because they’ve got their damn claws in us and they’re not letting go. There is no feeling worse than the one you get once a TV show you’ve followed for a long time comes to an end (I guess a kick in the nuts, or soiling yourself is up there, but for the sake of this article, this is the worst). It doesn’t always happen, but every now and again, you become emotionally invested in a show, and the characters that make it what it is feel like family. One of the first times I felt this emotional void was when the credits rolled on The Sopranos. That show is a masterclass in character development and a wonderfully layered narrative, and it made you care about a family you connect with, even if the father is a mob boss. The late great James Gandolfini kept your gaze for every second of that show, and when things started to go wrong, you were rooting for him. The second part of the final season saw his world crumble, and characters you loved died in horrid ways – the nature of being in the mafia, I guess. Either way, saying goodbye to Tony Soprano and both his families was tough. Lost was another show I struggled to get over. I know many think it’s overrated and disliked for its supposedly confusing story and an ending that satisfied a seldom portion of the world’s population, but that show made me care about characters like nothing else before. I wept like a baby when it ended. In fact, for the two final episodes when Sawyer, Hurley, and Charlie made their ‘connections’, I was in bits. It was such a bittersweet ending, both in the flash-sideways and what was happening on the island that I felt so sad. My wife and I stayed up to watch it at 2am (so nothing was spoiled by the damn internet) and once it had finished, I went and sat outside, watching the sun come up, trying to process what had just happened, and doing my best to deal with the fact I’d never get to see for the first time again. The shows I tend to get attached to are the ones that manage to nail the drama and the humour, whether it’s a comedy or not. The US Office is my favourite comedy of all time (apart from Only Fools and Horses, but barely any of you have heard of that because you’re all whippersnappers and the like), and the final series did a great job of trying to ease you out of it. The wedding, the return of Michael Scott, the meta documentary tour, and everything else we got to see did a good job of letting you down gently, but hearing Andy sing Sarah McLachlin’s ‘I Will Remember You’ hit me hard. It was over. All of the laughs, the sentimental moments, and the pranks on Dwight were done. Boo! Battlestar Galactica is the greatest science fiction TV show ever. I became obsessed with guessing who the other cylons were, its stunning soundtrack, Mrs Katie Sackhoff (obvs), and its ability to build a tense game of cat and mouse for four seasons. Many weren’t too keen how it ended up, but I liked it. I’m being vague here, just in case you decide to watch it someday, but most of these shows are so affecting because of the characters anyway, and in a show that relies on a certain level of threat at the hands of sentient robot psychopaths, you’re glad if your favourites survive. From Adama’s rousing ‘so say we all’ speech in the miniseries, right up until the end, BSG wowed and wooed me into its world of drama, melancholy, and spectacle. The only other TV show up until now that I felt gutted about reaching the end was Breaking Bad. That show was fantastic, wasn’t it? The redemption of Walter, that desert scene, the dawning moment when Hank realises who his brother-in-law really is – my god. It always happens in the last series, when you get that feeling that it’s coming to a close. You count down the weeks, do your best to relish every scene – every second – but because life is moving by so fast, so do the episodes. You wish time could go by so slowly that the final scene can fill the screen forever. But it doesn’t. I wanted to write this article because I’ve started to get this feeling about Game of Thrones. I was listening to the Stark Theme by Ramin Djawadi after watching Beyond the Wall, and it hit me that in 2018, the story of Jon Snow, Dani, Tyrion, and Westeros is going to be over. Gulp. It numbs you, and even as I write these words I’m getting freaked out that the show that has consumed my life for the last five years is drawing to a close. I still have The Walking Dead, but that’s going to end one day, and I’m going to be right back at square one, feeling that same crippling feeling once again.

Video games are cool. Don't let anybody tell you any different.
MORE LIKE THIS
battlestar galacticaGame of ThronesThe Walking Dead

Battlestar Galactica Deadlock announced for PlayStation 4, Xbox One and PC