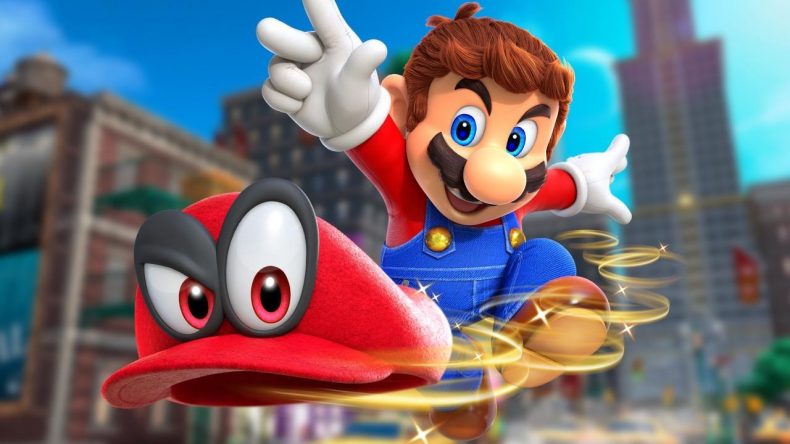 For twenty-five years there has been one game at the top of my GOAT list, a list that, to me, is so exclusive that I had a number one, but could never put the rest into any sort of order. ICO, Metal Gear Solid 3, The Last of Us, Pokemon Gold, LoZ Wind Waker, all good, but completely eclipsed by one game, The Legend of Zelda: A Link to the Past. LttP is typical Nintendo, so tightly designed, not a pixel out of place, zero filler, it was truly a masterpiece. I was of the opinion it could never be bettered, 2017 proved me wrong.

This year saw Nintendo put the travesty that was the life of the Wii U to an end and ushered in the age of the Switch. The obvious evolution of the Wii U ditches the second screen and gives us a console that we can play at home and take anywhere with very little lost in terms of performance or aesthetics in the game we’re playing. This is quite easily the best console I’ve ever owned thanks in no small part to its portability and that it’s home to the best games developer around: Nintendo. It doesn’t matter that it’s underpowered compared to the ‘market leaders’, its two USPs more than make up for it.

Apart from the greater freedom in where I play my games, what the Switch has really given me is a title that has finally changed my opinion on the greatest game ever made, now I enjoyed Breath of the Wild, but that’s not the game in question. Don’t get me wrong, Breath of the Wild was immaculately designed, but for me it’s only the best open world game I’ve ever played (a genre I never normally see through, until now), not the best game ever. For me, that game came much later in the year, and it came wearing a hat. Super Mario Odyssey is a triumph, a perfect marriage of Nintendo’s design principles, Mario’s past and refreshing reinvention. As Adam said in his review, Mario Odyssey shares a lot of its DNA with other Nintendo titles, which in a way you would expect, but while there’s a feeling of Breath of the Wild with the wide open spaces and the fact you can get to anywhere you can see Mario Odyssey shares a lot more with another Zelda title, the aforementioned Link to the Past.

You see, Mario Odyssey has no wasted space, the worlds are packed full of things to do, and the multitude of moons to collect means that you can barely walk a few paces without stumbling upon another lunar collectible hidden in plain sight. I mean, they’re so plentiful that you’ll be shocked how easily you can miss them the first time you go past. Everything is deliberate, there are no accidents, everything has a purpose and as a result you second guess absolutely everything.

All of a sudden you’re making plans in your head for how you can get somewhere: “What’s the highest point I can get to?”, “Is there something I can cap-ture to allow me to get over there?”, “Can I combine some moves to get just that little bit higher to reach that platform?”. The possibilities are only limited by your inventiveness and your dexterirty. This is a world ripe for experimentation with a stringent moveset, it’s lovingly crafted and there’s not a pixel out of place. Nintendo’s love for their past Mario titles shines through, with many self-referential moments, even to those of the expanded character roster who get forgotten. Take a trip into the hat stores for a selection of outfits many of which reference Mario’s past games, mainline and spin-off, and it’s a catalogue that expands further once the game reaches its conclusion. In fact, completing the game grants access to probably the best costume of them all, an outfit that turns Mario into the character model from Super Mario 64!

In fact ‘completing’ the game is probably the best thing about Super Mario Odyssey, the journey there isn’t the hardest, moons are plentiful and bosses don’t provide too many issues. The New Donk City Festival is a brilliant midway highlight with its flashing lights, garish 80s Super Mario bros. aesthetic as you jump over barrels and run up walls to a final confrontation with Donkey Kong, when all of a sudden the city’s name and that of Mayor Pauline all of a sudden makes sense, but right at the end, after beating Bowser (with his wonderfully floppy smart hairstyle) for the second time is the moment that got me.

As Mario stands there with Peach wondering how they’re going to get out of the centre of the moon as everything collapses around them a player suddenly has a realisiation, Bowser isn’t wearing his hat! One throw later and we’re on a trip down Bowser memory lane, as all of the evil one’s forms flash in front of Mario as he deep dives into Bowser’s head, before opening his eyes and giving us the power trip a Mario game has never given us before, the opportunity to directly control Bowser. As Peach sits on your shoulder you smash your way through boulders and walls as everything falls apart, before going 2D and breathing fire to break brick walls before you. It’s an excellent sequence that’s topped off by a reveal of the outside world and something that a Mario game has never had before: J-pop. Even just thinking about that moment, as ‘earth’ lingers through the rift in the moon, as the place crumbles and you’re running around to a (very descriptive) J-pop song, it builds up a swell of emotions before you finally accomplish your goal and fly out to safety. It’s a collection of things that shouldn’t be so emotive, but it just is, and then when the credits roll and you relive the game in your mind as you watch the imagery, it’s hard to not well up until finally Mario’s voice breaks through ‘Thank you so much for playing my game.’ at that point, I lost it.

Never has a game made me feel so happy for just having played it, not once has a game evoked a response of sheer unbridled joy to the point that my eyes sting because if I blink then tears will roll down my cheeks. This was a game designed to bring joy to the masses. I am not ashamed to admit that it brought a tear to my eye. Super Mario Odyssey is wonderful, an absolute triumph, just like the console it calls home.

A lover, not a fighter and an all round good guy (he would say that, he wrote this after all), he's happy to be here as part of GIAG.
MORE LIKE THIS
GOTYgoty 2017Super Mario Odyssey