previous
The Next Step for Video Games and Entertainment?
random
next
Top tips for a perfect technology essay
0 comments

Do Video Games Improve Your Memory? 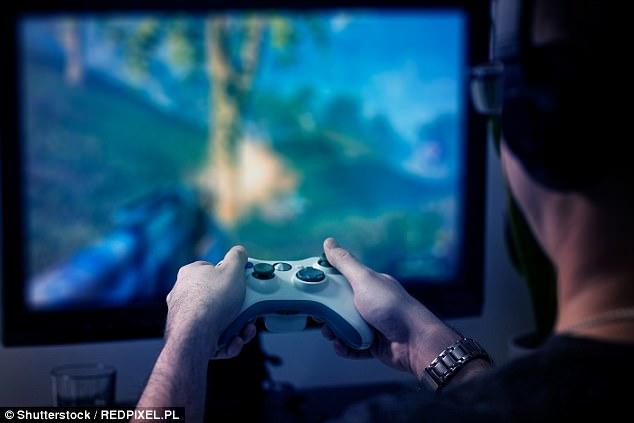 An increasing body of evidence now provides compelling data to corroborate claims that playing video games improves memory. The latest such research was conducted by a UC Davis researcher who found that mental health and memory were significantly enhanced through video game play. This type of documented analysis is no longer considered the work of a fringe group of scientists and researchers – it is now widely accepted in the literature. Multiple examples of cognitive training and enhancement are readily available to validate the once spurious claims of researchers about video games and mental well-being.

For example, an Air Force veteran swears by the power of digital therapy as an effective way to slow down the loss of cognitive function and live an enhanced lifestyle. After this Air Force veteran plays his games, his memory gets tested, vis-à-vis brain function, balance, and awareness. On all accounts, video game play has proven to be a big boon in this veteran’s life. Much the same is true of many other individuals, in multiple case studies around the world. It’s not only memory that is enhanced through video game play, it’s also well-being. Various academic researchers around the world are confirming similar results with gameplay and memory.

What Is It about Video Games That Enhances Memory?

Various studies suggest that video game players spend over 3 billion hours every week enjoying this pastime. With so much attention focused on this particular topic, researchers are interested to know whether the effects of gameplay are positive or negative. In the US alone, there are an estimated 150 million+ gamers. The stats suggest that the average player is a 35-year-old, but 72% of players are 18+. Contrary to opinions in the 1980s and 90s, 71% of parents believe that video games have a positive impact on their kids’ lives. The proof of the pudding is in the sales numbers.

By the end of 2016, some 24.5 billion games were sold, up markedly from 23.2 billion in 2015, and 3.1 billion more than 2014 figures. From this perspective alone, it is not only increased interest in video game play, there is clearly a growing number of players taking to this form of entertainment, escapism, and brain training. It comes as no surprise that NASA, the military, airline pilots, racing car drivers, and surgeons are using video game technology to enhance their motor skills, cognitive skills, and memories to perform better on the actual field of play.

Multiple changes take place in the brain when video games are played. These have been documented in publications, such as the Frontiers in Human Neuroscience. Video game play alters brain functionality and brain structure. One of the most immediate effects of gameplay is attention span. By improving our attention span, we can retain more information by focusing on the content under consideration. Whether it’s selective attention, or sustained attention, the net effect is the same – an improvement. Parts of the brain that process visual spatial skills are also enhanced by gameplay. The right hippocampus has been noted to increase in size among serious gamers.

This begs the question, are these games helpful to memory improvement? Depending on the specific study in question, there are varying degrees of efficacy with video gameplay and cognitive abilities. Whether it’s processing speed, reasoning, or memory, there are slight improvements that are possible in specific areas with video gameplay. However, they are not all easily transferable across the spectrum. For example, being able to fine-tune your crossword puzzle gameplay doesn’t necessarily translate into being able to remember how to navigate from point A to point B, or find your car keys, or remember specific details. But then, there is a study in Nature confirming that specific 3-D games can significantly enhance memory and brain function. UC San Francisco researchers found that brain fitness can enhance mental performance in seniors. This study in the Journal of Neuroscience examined hippocampal cognition abilities and neuroplasticity. And it’s not necessarily the complexity of the video game that can generate positive outcomes – it’s often just as effective with easy-to-play games such as Cube Blast. This particular game is a puzzle-style game where players simply need to match 2+ cubes of the same colour to remove them from the screen, and advance to higher levels of the game.

The common denominator with video games and memory is problem-solving abilities. When players are engrossed in the gameplay, they are more likely to derive benefits from it. In the case of the above game, there are various brain training game exercises to work through. These include clearing levels, solving puzzles, collecting prizes, and hitting targets.

Many features are designed to propel players through these games, to captivate their attention, and enhance the experience. These include boosters and bonuses, hundreds of levels to play through, interactive audio-visuals and combination features. Things like rockets, bombs and colour wheels act as enticements to players trying to boost their gameplay and advance through levels. The focus needed to move through these games acts as an enticement to propel through to higher levels