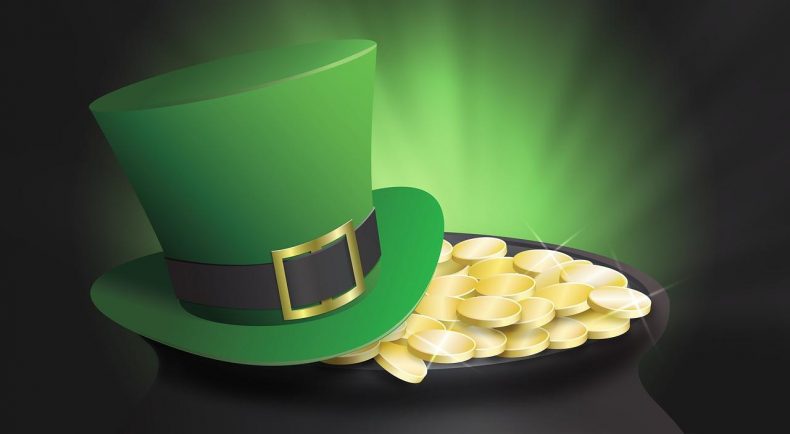 St. Patrick’s Day is set on the 17th of March yearly, and considered as an Irish holiday. It may be a day to celebrate Ireland’s patron saint, but it has managed to gain global recognition and acceptance, thanks to a number of games, dances and songs associated with it, and of course a dash of green. Thanks to its fun and vibrant nature of this holiday, many Irish and non-locals alike are looking forward to this celebration. If you also want to join in the fun and festivities or get into that Saint Patrick’s spirit and mood, we list down some of the best games that you can try and play. Saint Patrick’s Day party games ensure that you will have a good time, and we made sure that the games on this list will provide you with a memorable experience. So get ready, check the list and explore the games.

If a leprechaun game suits your fancy, then you can host a party with ‘Who’s the Leprechaun’ game. To start playing this, the player has to choose a child to be the “it” player, and he will be sent out of the room. The “it” participant does not need to see or know who among the remaining children is the designated leprechaun. The rest of the children has to identify which one of them has to be the leprechaun. To start off the game, the kids will then dance to a Celtic tune. The leprechaun selects an Irish dance move which will be followed along by the other children. The “it” player will be taken back into the room and he will observe the dance moves of the rest of the children, including the leprechaun. As part of the game mechanics, he will then guess who among the kids is the leprechaun. The leprechaun can randomly change the dance moves, and it’s the task of the other kids to follow any changes in steps or dance moves. If the leprechaun was already identified correctly by the “it”, then he can choose the next “it” player who will be sent out of the room.

‘Pot of Gold Relay’ game requires two teams of players who will race against each other to be the first to fill up the pot with gold. There should be an empty pot and full pot to be placed at the starting and ending line of each team. The pots will be filled with gold coins or butterscotch candy. When the race starts upon the signal of the game facilitator, the players have to run and get a piece of gold from the full pot then place it on the empty pot. The game routine should be followed repeatedly by the other players as well. Once the gold or the butterscotch candies are all transferred from the full pot to the empty pot, then the first team to finish it will be declared as the winner. This game can be more interesting if the gold will be carried using a spoon. It adds extra level of difficulty to the game, making it more exciting. This children game is best suited during birthday celebrations or parties as this will test everyone’s focus, teamwork and cooperation.

Leprechauns are always in search for gold, so the ‘Gold Hunt’ is the best option. Several toy coins or chocolate gold coins are hidden around the party space, then the party guests have to find those coins. The mechanics for this game requires the first team to collect the higher number of coins. It can be done in large areas where gold has to be hunted. Players will be divided into two teams, and they will be given two minutes each to find gold coins as many as possible. When the time is up, gold coins in the pails will be counted. The team with the greater number of coins collected wins the game. Who says that the games for St Patrick’s Day are only for the kids and the young at heart? If you just check out the web, you will discover a number of casino games like slots that can impress and excite during this holiday. Just take the case of Irish Riches , a slot game designed with 5 reels, 25 paylines and of course, a green theme. Players can expect to see lucky shamrocks, fair maidens, pots of gold and rainbows.  Play this game, and you will definitely get a good mood, which can prepare you for the holiday. Winning symbols include the scatter symbols and wild symbols which will allow players to activate the free spin feature, as well as the bonus round feature of the game.

Here, players will create several Bingo cards with the word “LUCKY” placed across the top. Players will also add phrases and clip art images in the other boxes. Players should keep in mind that Images and phrases should be associated with Ireland and St. Patrick’s Day. The arrangement of the box fillers should be mixed up each time a new card is created. Several cards have to be created and printed, and should be placed in the leprechaun hat. Each card will be pulled from the boxes and will be called out what is printed on each card. A player wins if he gets five matches in a row and has to shout out the word “Lucky.”

St Patrick’s Day has transformed into a fun, enjoyable and memorable holiday, making this a favorite global holiday. Make your next celebration with friends and family members count- get into St. Patrick’s Day mood by considering the games listed on this page.