Games We Look Forward to Playing in 4K 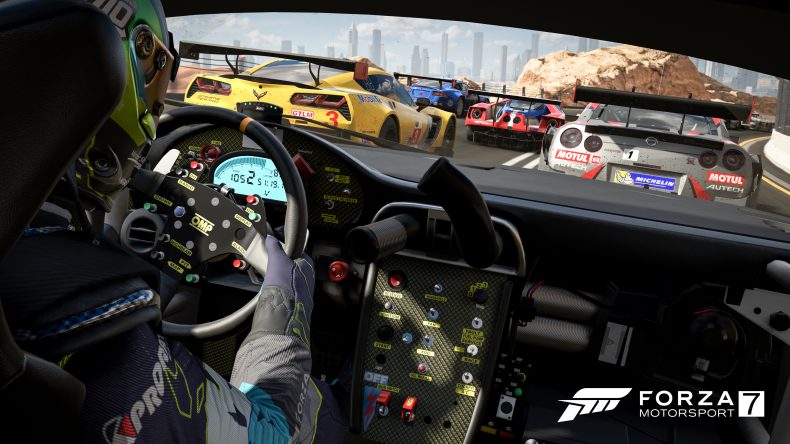 E3 2018 has been and gone already, simultaneously satiating our appetites and leaving us wanting more. It’s almost cruel sometimes to finally witness everything we’ve got to look forward to, then actually having to wait for it to come round! Among the release of the latest enthralling trailers, demos, and news for the titles we’ve been waiting for, like the latest Spiderman effort and Super Smash Bros. Ultimate, there were also a handful of surprises sprinkled throughout the event. Definitely enough to get the tongues wagging and palms sweating at the prospect of our next obsession and cause of all-day gaming sessions.

It’s a great time to be a gamer. Microsoft confirmed that new Xbox consoles are currently in the pipeline. So soon after the One X’s release, we can only dream about what gloriousness will follow. We’re totally spoiled right now. Developers are racking up the 4K and HDR titles for Xbox, PS4, and PC at a tremendous rate, it’s got us languishing somewhere between excited and overwhelmed. If games continue to get any more visually stunning, we might just have to retire to a virtual reality. In this article we’ve rounded up some of the upcoming games we look forward to playing in 4K over the next twelve months or so. The games that we’ll be playing until we’ve got blisters on our fingers. Damn, it feels good to be a gamer.

Catch up with the latest tech and lifestyle news on our idkmen.com homepage. The home of great content for men, written by men. The Last of Us became a huge hit for the PS3 when released 2013, becoming one of the platform’s most acclaimed exclusive titles. Owing its success to the combination of engaging game play and expansive, detailed environments, critics also praised the game’s plot, character development, and subtext. If the follow up can live up to its predecessor then we’re in for a treat.

Focusing on Ellie, the game play is stealthy, dark, and gory, building on the themes established in the first game. The visual are as equally dark – they’re detailed, engrossing, and simply stunning. We can’t wait to lose countless hours in front of a 4K screen, striving to survive the hidden and plain dangers of a post-apocalyptic future.

The noise surrounding the impending arrival of Death Stranding is deafening. It’s easy to understand why. This is set to be the first title from the genius behind the Metal Gear Solid series, Hideo Kojima, since his association with Konami ended publically in 2015.

Although details are slim, the game is being marketed in the Action genre. However, comments by Kojima himself lends to speculation that it won’t be that straightforward. What we do know is that the game will explore a connection between life and death, and will star a number of familiar faces. The visuals are staggering and cinematic, and we simply can’t wait to get our hands on the finished product. Not long to go now before we can all indulge ourselves with the latest, and hotly anticipated, sequel from the ever popular Fallout series. In Fallout 76, the story unfolds 60 years prior to the events of the original game. Before humanity sought shelter in the depths of the vaults, but after nuclear disaster had ravaged the world as we know it.

The game will feature an open, online universe, that you will be free to explore and interact with other players in any way you please. Brand new graphics rendering, landscape and lighting techniques, and realistic weather systems, look set to make this an engaging title, that’ll really stretch its legs in 4K.

CD Projekt Red are set to bring their unique, rebellious style of game play to the 21st century, with the eagerly awaited, neon soaked Cyberpunk 2077. A stylish RPG, the aim of the game is to take your custom made protagonist from the lower doldrums of Night City’s social structure, and work your way up by any, ANY, means necessary.

The development team have promised this title will be even bigger and better than The Witcher 3. With that in mind, plus stunningly futuristic visuals that look like Blade Runner and The Fifth Element shacked up and had a baby. Cyberpunk 2077 looks set to be one of the This is another sequel on the horizon that has fans’ hearts racing. Red Dead Redemption delivered on all counts of a modern game. The engaging, free-roaming style game play was enhanced with the breathtaking graphics, with incredible depth, and intricate details, which made it so much fun to play.

The third title in the western adventure series is set before the events of the original. This time we take control of outlaw Arthur Morgan as we gallop through the dusty settlements of the Old West. We can look forward to a similar system to the previous incarnations, in the way that we play affecting the course of the game. With better graphics and engrossing environments, this is sure to be a 4K dream.