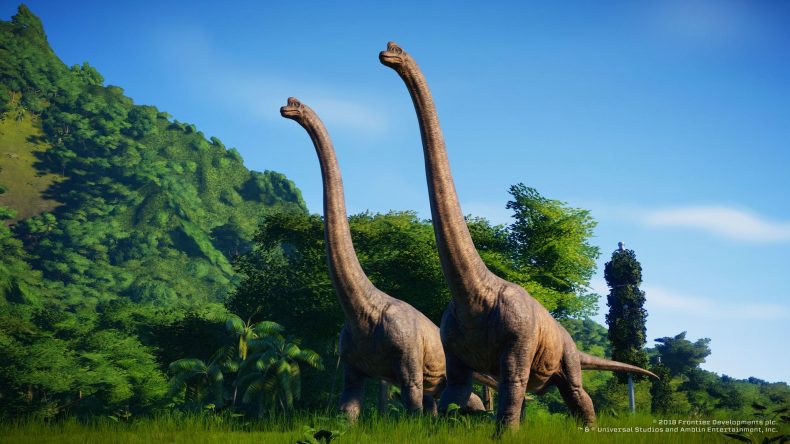 If you have watched Jurassic Park and seen the movies, you would know that it’s a tale that nearly everyone loves. All of us who have grown up watching the movies or even playing the Jurassic Park games on their PC’s will know the place it holds in their lives.

And now they can live the nostalgia all over again!

90’s kids have been waiting for long for this game and it is finally here. Jurassic World Evolution was released on June 12, 2018, giving you a chance of having your own genetically engineered dinosaurs. You have to feed your dinosaurs, keep them happy and healthy, and make sure that they don’t escape your park.

Your goal is to create an island based on The Five Deaths, so in the beginning, you get a small land to start your work on. At the same time, you have to make sure dinosaur from one section doesn’t cross over to the other because the intruder can get killed.

You would love the game as much as you like the Valley Forge casino bonus code – it’s got all that you need and more.

What Would You Love?

The game isn’t as easy as it sounds.

Each dinosaur is judged on two traits – Social and Population. Social informs you the number of same species dinosaurs a particular dinosaur can live with. On the other hand, population gives you information about the number of same species dinosaurs that can co-exist peacefully. In case you are unable to maintain these two balances, your dinosaurs will try to escape because of discomfort.

How Can You Make the Most Of It?

The best way to avoid discomfort is by keeping compatible dinosaurs together and separate dinosaurs who have trouble adjusting. Nodosaurus and Ankylosaurus are comfortable living with only a few species, so group them together, while those who are more versatile including Gallimimus and Struthiomimus can be placed in the versatile group.

When you couple two species of carnivores, they take up less space and don’t fight with each other. It is ideal to pair two species with smaller strength, so they coexist comfortable. You can pair T-Rex with a Dilophosaurus, Velociraptor, or Deinonychus. The only way to keep carnivores from killing each other is by keeping them in a big space so that the big ones don’t scare the smaller ones for food and water.

Another exciting feature of the game is that you can sell or buy dinosaurs. If you are planning to sell one of yours, tranquilise it and transport with a ACU transport team. You can risk putting herbivores and carnivores together but the space should be huge, so that there’s no bloodshed. Make sure that you keep dinosaurs in places they are most comfortable in. For example, Brachiosaurus and Dilophosaurus love to stay in a forested enclosure, while Velociraptors and Diplodocus enjoy grasslands.

Download Jurassic World Revolution today and grow dinosaurs and build a your own kingdom.