previous
DOOM Eternal gameplay finally shown off, game confirmed for Switch day one in addition to other platforms
random
next
The Battle Of Land-Based Vs. Mobile Casinos
0 comments

Games to Play on Mobile 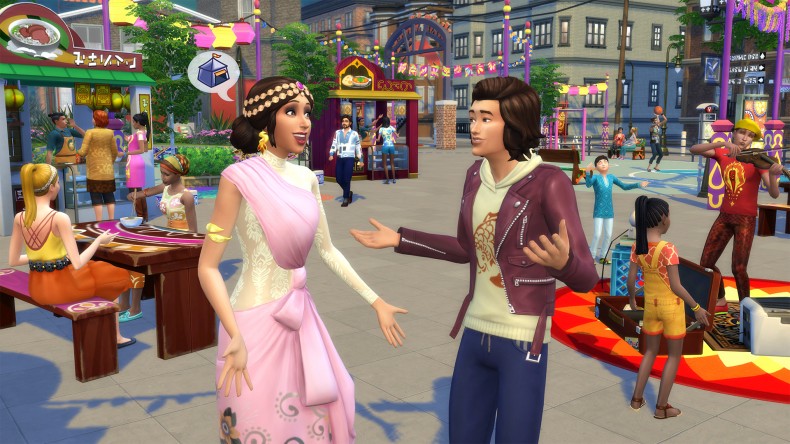 One day I typically found myself looking at the mobile phone, usually app store, where I was searching for some games to play, in order to pass some time.

Since I’m not a novice gamer, on the front page, I saw a very familiar game, called SimCity Built It. SimCity is a very well-known game, where you actually develop a city from the ground, including all the necessities for the residents of your town, like building roads, upgrading, waste management, adding hospitals, fire stations, police stations and many more city management stuff. Adding factories has an important role in the game, you have to manufacture all the materials needed for building houses, structures and then upgrading them. Unfortunately, the game died because it was not user-friendly and a new competitive game, Skylines emerged, offering much more than SimCity.

SimCity Build It seems like a resurrection of the SimCity franchise. It’s easy to play, fun, but like all mobile games, sometimes you have to put your phone down, in order to wait for your resources to be manufactured in your city’s factories. The game also comes with advertisements, but not that kind of ads where you are compelled to watch them, they come in form of chat bubbles from your inhabitants, where you can access the notification only if you want to. You also get something in return by watching the ads, helping you to upgrade your city. One of the commercials that got me interested is about a mobile game called Coin Masters.

Seeing Coin Master fueled my curiosity. You actually play a slot game where you earn resources to build a Viking village. When I saw that I can build a village, it reminded me of Age of Empires or Settlers, since it has a Viking theme, while Age of Empires had many themes over the years, like European, Egyptian, Colonial American, and Asian. Unfortunately, Age of Empires was silent for many years, until recently Microsoft Studios announced Age of Empires 4. However, until the game will be released, I will enjoy similar games, like Coin Masters.

The game isn’t new, it came out back in 2010, pretty old, but its popularity seems to be high and the game is still in demand. It has some nice rating on the app store and it is appreciated by the users. The graphics are pretty neat, the colours are clear and vivid, I actually really like the characters, the way they are drawn, something familiar with Disney and the map of the village is cartoonish as well. The video slot game is happening on a 3×3 reel and after some short slot game, you start building a Viking village, where you have to evolve it, defend it from invaders and make some troops so you can invade other villages as well.

Meanwhile, while you take care of the village, the game is offering some trading cards as well and you continue to play on the slot machine. Of course, if you are into  online slot games, you will appreciate Coin Masters. And if you’re a veteran into gaming, you will see some similarities to Settlers or Age of Empires or if you’re not into slot themes games, you can give it a try to SimCity, it brings humor when you hear the fictional simlish language, or how the residents are praising you, the mayor, as you take care of the city.

If you either don’t like SimCity and Coin Master, but you’re used with Facebook games, like FarmVille, Farm Flowers Coin Party, looks like an ideal game. This game works on the same online slot mechanics and it also has a roulette. The game has a leveling path with quests, similar to Candy Crush, it has a leader-board and also achievements that are added to your Google Play account.

The social feature can be connected to Facebook and you can see who is playing from your friend list. What is new to this game is that its developers are saying that it is without advertisements. So you can actually enjoy a game without being interrupted similar to SimCity. The graphics are similar to Coin Master, same cartoonish characters and it is a lightweight game application that could work on most smart phones.