Blue Wizard Digital announce that Friday the 13th: Killer Puzzle is coming to Switch in time for Halloween. 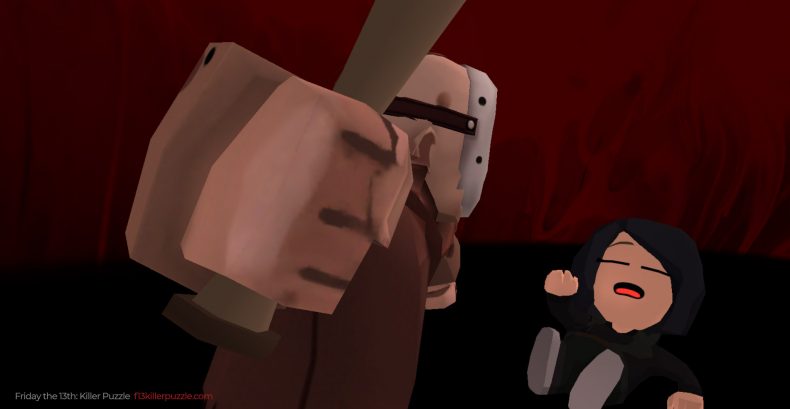 Blue Wizard Digital has announced that it launching Friday the 13th: Killer Puzzle on Nintendo Switch.

The makers of the critically acclaimed horror puzzler, Slayaway Camp have already enjoyed a successful worldwide launch on Steam iOS and Android earlier this year with their take on Jason Voorhees, and now it will be released on Switch later this month, just in time for Halloween.

Friday the 13th: Killer Puzzle will see you moving Jason around an isometric level to attack his victims , either directly with collectable murder weapons like chainsaws and machetes, or indirectly, by frightening them into environmental hazards like campfires, bear traps and vats of bubbling acid!

You can expect to see Jason on NIntendo Switch on 25 October.

Likes to shoot stuff and wear pretty shoes. Is a BEAST at Titanfall.
MORE LIKE THIS
Friday the 13thHalloweenjason voorheesnintendo switch