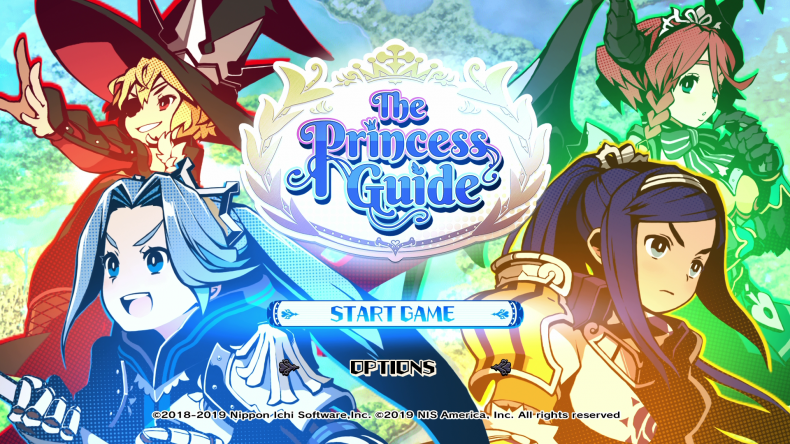 NIS America has revealed more information around their new game The Princess Guide, coming to PS4 and Nintendo Switch in 2019. The information focuses on the four main protagonists, the Princess Knights of the Relic Lands. The aim of the game is to train your Princess to victory and reveal more of her story in the process.

See the official blurb on the characters below:

With a seemingly bottomless stomach, Liliartie absolutely loves to eat. Meat is what she especially looks forward to, but your training regimen is of even greater interest to her!

A prodigy of the magical arts, Veronica exerts her authority and expects efficient results. Just don’t get on her bad side, or else you’ll be turned into a frog!

Chivalrous to the core, Monomaria is a diligent aristocrat who takes her training seriously. She holds you in high regard, but carries an immense burden on her shoulders.

A beloved dragon princess who breathes faith over fire, Alpana wishes for nothing but peace among all. How will her mission fare during this time of war?

To help flesh out your new recruits further, there is also a new trailer of the game showing the four of them in action, check it out below:

The Princess Guide is launching in early 2019 for PS4 and Nintendo Switch.