previous
Vampire: The Masquerade Bloodlines 2 - The Hype So Far
random
next
Podcast #349: The E3 2019 Show
0 comments

Embrace Gumball 3000 2019 in Forza with Specialized Liveries and Races 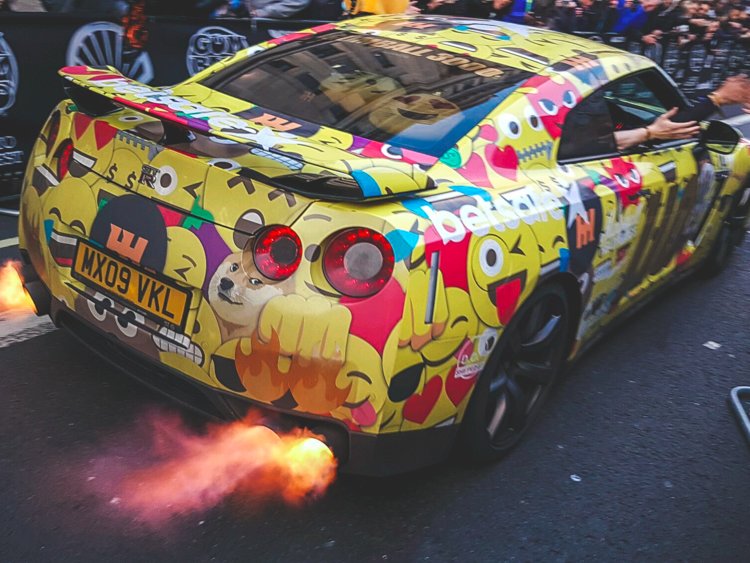 One of the world’s most famous annual races is the Gumball 3000. Bolstered by the stuntman television show Jackass at the peak of its powers in 2005 with the Gumball 3000 TV movie, the Gumball 3000 is now a globally recognized and adored event. The event itself always longs to combine the best of what car manufacturing, fashion, music and entertainment have to offer, with all of the cars boasting distinct and unique liveries laden with sponsors from all over the world. This year’s event set off on June 7 in Mykonos, Greece, culminating in Ibiza on June 15.

Fans get revved up for the Gumball 3000 every year and many wish that the action could continue for much longer. Thanks to the immense depth of customization options in the two flanks of the Forza game series, fans can find and race in the iconic liveries of Gumball 3000. The more creative-minded players can find the individual logos and decals from their favorite cars and apply them to their own. As inspiration for you, here’s what owners of the latest game in the series, Forza Horizon 4, have been looking out for to immerse themselves in the 2019 Gumball 3000 rally. As shown in the image above, the right application of color and worldwide brands can make a fairly average car look incredible. It’s the same with any sport which accepts sponsorship, such as soccer (one of the best examples is the ‘XBOX’ logo across the old bright green strip of the Seattle Sounders in the MLS). As for getting an in-game car that’s the spitting image of a Gumball 3000 rally car, the best place to look on the Horizon Paint Shop is PolizeiYT’s gallery.

Having played the game series since Forza 1 on the original Xbox, PolizeiYT is well-versed in options for customizing the Forza series and is also a massive Gumball 3000 fan. In 2009, Gumball driver Alexander Roy introduced PolizeiYT, an educated graphic designer, to Forza Motorsport developers Turn 10, who then introduced him to the scene. From Forza 3 onwards, PolizeiYT has been creating the liveries and brand logos used in each year’s Gumball 3000 rally within the Forza game itself – and then releasing to the online marketplaces.

In the Forza Forums, PolizeiYT details his process of attending the Gumball 3000 rallies as they happen so that he can get a real feel for the cars. This, in turn, helps the livery enthusiast replicate the designs and deliver them to the latest Forza release’s gaming public. A key part of the process is taking the wide range of basic shapes and symbols provided by the game and manipulating them into multiple layers and unique shapes for use in the game.

Following the Gumball 3000 2018, some of the standout and most-loved logos created by PolizeiYT on Forza Horizon 4 include the classic Kappa logo of people sitting back-to-back for the Team 16 Dodge Demon as well as the Hot Wheels flame logo for the Team 112 Alfa Romeo Giulia. PolizeiYT will, assumedly, be at the Gumball 3000 2019 rally throughout June, so fans can expect some of the new liveries featured in the real-life rally to go live on the Horizon Paint Shop over the summer.

The other way in which Forza Horizon fans have been able to immerse themselves in the Gumball 3000 is by creating their own rally races online with fellow players. As the Forza Horizon games are open-world, take place across huge areas of nations, and allow for custom route building, fans have been able to band together with their specialized, advert-laden cars to rally around the newest locations. On Forza Horizon 3, players banded together to race from Surfer’s Paradise to Byron Bay across Australia, and there’s even been some Gumball 3000 action spanning Great Britain on Forza Horizon 4. While the Gumball 3000 is a major event with plenty of opportunities to create unique liveries splattered with iconic brands, it’s not the only race event that creative Forza designers draw inspiration from. Most race fans have a respect for all forms of the sport across many different types of vehicle, and as heavy sponsorship and flash coloration is common across almost all motorsports, many great designs can be pulled from other events and onto the hundreds of cars in the Forza games.

There are so many iconic logos already being put to use across the racing world which have undoubtedly been created by users for the Horizon Paint Shop already. In Moto GP and other exhibition events, as seen above, you’ll often see the words ‘Monster Energy’ or the instantly recognizable green claw scratches pulled down the vehicle.

The NexusBall Rally is a similar event to the Gumball 3000 which starts in Stockholm in July this year. One of its sponsors will be Ninja Casino, an online gaming platform with a wide range of slots, table games and live casino on offer. Its logo is particularly eye-catching, containing the spades card suit with eyes to make it look like a ninja and an accompanying ninjato sword across the back – we’re guaranteed to see that one taken up by Forza aficionados. Then, of course, in racing’s most prestigious competition, the Formula One World Championship, serial winner Lewis Hamilton and his Mercedes-Benz boast the red, white, and blue blocks of Tommy Hilfiger on the nose – another simple but superb image bound to capture Forza players’ attention.

If you love the Gumball 3000, or any other race event for that matter, you’re bound to find iconic liveries and brand logos in the Horizon Paint Shop. This year, you’re bound to find some 2019 Gumball 3000 designs from PolizeiYT once the race has finished as well as community members setting up Gumball 3000-esque rallies online across the Forza Horizon 4 map. But if you can’t wait for that or want some designs from other sports, jump into the design feature yourself and get creative!