previous
Competition: We've got 10 Switch codes for Project Nimbus to give away
random
next
eSports By the Numbers
0 comments

The gaming industry gets bigger every year, often putting its film and music counterparts to shame. Just this past December, the US market grossed its highest holiday season revenue yet, amounting to $3.42 billion. Clearly, video games are impossible to dislodge from the public’s good graces. They’re also harder and harder to ignore as a constant need for innovation makes developers look for inspiration in new, as well as familiar, sources. Games and movies collaborating is nothing we haven’t seen before, but it’s always amusing when a classic story is reimagined in unexpected ways. It’s this love for imaginative surprises that has kept the industry alive for decades. The titles below are examples of how creative video games’ adaptation of popular cinema can be. 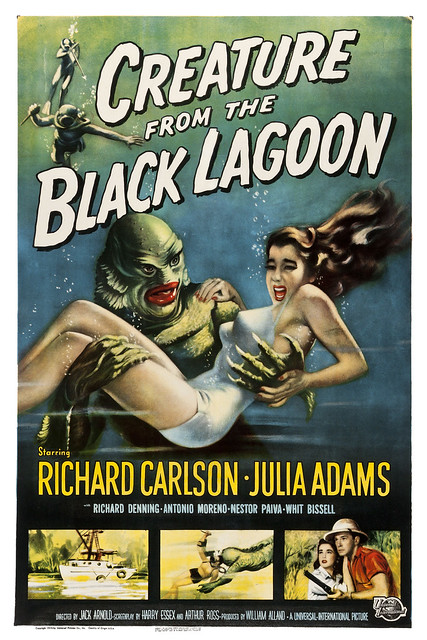 A favorite among this industry’s online games is slots, which, unlike actual slot machines, are easier to transform into a chosen theme. Developers enjoy upgrading gaming experience by copying popular trends. While scrolling through the list of the best Canadian online casinos by Caleb Crosby, for example, one title caught my eye: Creature from the Black Lagoon. Released in 2013, NetEnt’s game brings the 1954 horror classic back into the spotlight and at the same time reintroduces players to the entertainment value of the dozens of trusted online casinos available out there.

It’s not just movies that inspire titles, but toys and comics too. LEGO Marvel’s Avengers was the 2015 installation to the manufacturer’s own franchise that follows in the shadows of big blockbusters and turns them into hilarious Lego-themed movie and video game adventures. Four major industries in one product means four readymade fan bases eager to buy it. No matter how they respond later, success is instantaneous. In other words, providing gamers with the best entertainment possible may be developers’ main goal, but profit is the other key driving force for their every strategic decision. And our digital world is bursting with inspiration for the next gaming hit.

The fun of the game, though, is still what matters the most, judging by a number of titles that deviated from expectations. Lewis Carroll’s 1865 book, Alice in Wonderland, for example, has found itself adapted in so many different, even downright bizarre, ways. GameSpew features the best known reimaginings of Alice’s plunge down the rabbit hole, including EA’s American McGee’s Alice (2000) and Alice: Madness Returns (2009). These two titles turn the psychedelic fairy tale into a psychological horror show, because, let’s face it, terror sells as well as fantasy, if not better.

What does all this teach us? That between cinema, literature and games, there is little the entertainment industry can’t do to make sure fans’ grins stay in place till the end of fun’s time. Gaming, specifically, does not shy away from the simplest or the goriest path, if it means making money and pleasing audiences. As for gamers, the consumers of these incredible creations, we have nothing to complain about. Despite the occasional disappointments, distinctive for people to whom video game history is common knowledge, we’re endlessly supplied with title after title for us to adore or bicker about.