Competition: Win a copy of Shazam! on DVD 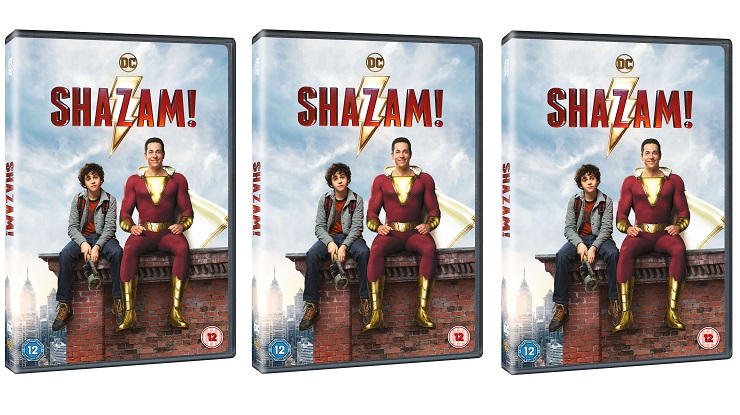 With Shazam! soon to be released on DVD, Blu-ray™, 3D Blu-ray™, 4K Ultra HD and 4K Steelbook on 12th August and out now on Digital Download, we’re celebrating the release by giving three lucky winners the chance to get their hands on a DVD copy.

We all have a superhero inside us, it just takes a bit of magic to bring it out. In Billy Batson’s (Asher Angel) case, by shouting out one word—SHAZAM!—this streetwise 14-year-old foster kid can turn into the adult superhero Shazam (Zachary Levi), courtesy of an ancient wizard. Still a kid at heart—inside a ripped, godlike body—Shazam revels in this adult version of himself by doing what any teen would do with superpowers: have fun with them! Can he fly? Does he have X-ray vision? Can he shoot lightning out of his hands? Can he skip his social studies test? Shazam sets out to test the limits of his abilities with the joyful recklessness of a child. But he’ll need to master these powers quickly in order to fight the deadly forces of evil controlled by Dr. Thaddeus Sivana (Mark Strong).

Jam packed with over 90 minutes of exclusive and never-before-seen content, perfect for a summer of family fun, Shazam! will be available to own on DVD, Blu-ray™, 3D Blu-ray™, 4K Ultra HD and 4K Steelbook from 12th August and is available on Digital Download now!

All you have to do is answer the following question:

Name the actor who plays the young Billy Baston in Shazam:

Send your answers to competitions@godisageek.com no later than 12th August to be in with a chance of winning. UK entrants only.

For further information on Shazam!, follow @WarnerBrosUK or visit www.warnerbros.co.uk.