previous
Obsidian releases official launch trailer for The Outer Worlds
random
next
Superliminal preview | Could this be the next Portal?
0 comments

A Hat in Time is now available for the Switch 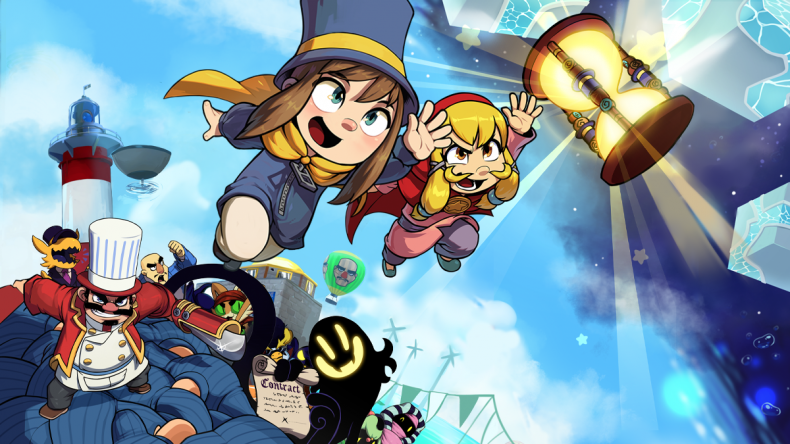 Humble Bundle and developer Gears for Breakfast have released A Hat in Time on the Switch which is available now via the eShop. The launch will also see optional DLC, Seal the Deal, available on consoles for the first time.

If you decide to go physical, a code will for Seal the Deal will be available in the box.

However, the physical release won’t be available until November 8, so a bit of a wait for that.

A Hat in Time sees you play as a teeny time travelling girl with a big top hat. You’ll also have 5 worlds to time travel through.

The whole point is to find, collect and stitch new hats while using badges to upgrade your hats. These badges can also be traded with the locals if you’re feeling generous.

There’s also the option of local co-op if you fancy some 2 player gaming time.

The Seal the Deal DLC brings along some new features to A Hat in Time. In the DLC you can expect to see:

The digital version of A Hat in Time will set you back $29.99 on the eShop. If physical is more up your alley, this comes in at $39.99 and includes the DLC.

And finally there’s a trailer to go along with this announcement. Feast yer eyes on that just below this.

A Hat in Time Review

15 minutes of A Hat in Time gameplay