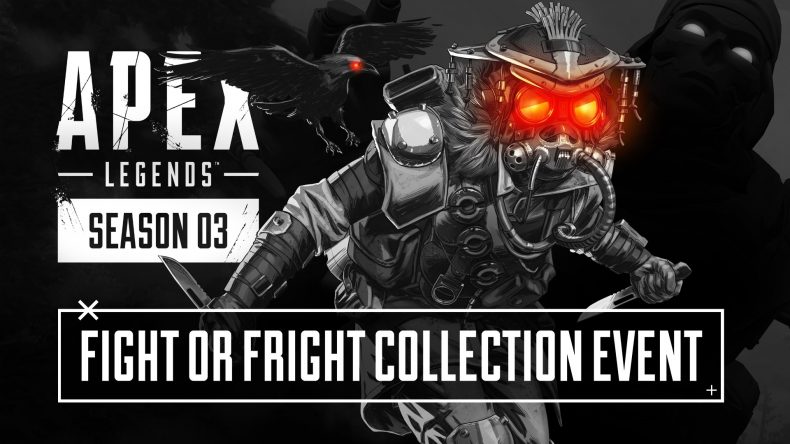 Hitting on October 15, Respawn and EA are adding Halloween themed fun to Apex Legends in the form of a new limited-time mode, themed cosmetics, and more – and there’s a new trailer being released to celebrate this which you can see right, below.

Here’s the lowdown on what the event entails, and what you can grab, taken from the blog over on the official Apex Legends page.

And here’s the official word on what the event itself will be like:

Darkness descends on Kings Canyon in Shadowfall, a warped version of the Apex games hosted by a mysterious figure.

At the start of a match, you and 34 other solo players will drop into an eerily-lit Kings Canyon and fight to the death… with a dark twist. Once you die you will respawn as an undead version of your Legend and join the powerful “Shadow Squad”.

As part of the Shadow Squad, you will lose your ability to use weapons and your legend abilities will be stripped, but in return, you will be given increased movement and jump speed, along with a brutal melee attack. You’ll also have the ability to scale walls and be given unlimited respawns via skydive.

The battle rages until there are only ten living Legends left, who must then join forces and make it to an evac ship while the Shadow Squad attempts to stop them at all costs.

There’s more info on that blog page about event limited premium cosmetics, how much they cost, and well, just everything, really.

Will you be jumping into Apex Legends and getting some loot in the Halloween event?