Dragon Lore AWP: A CS: GO Skin Your Need to Have! 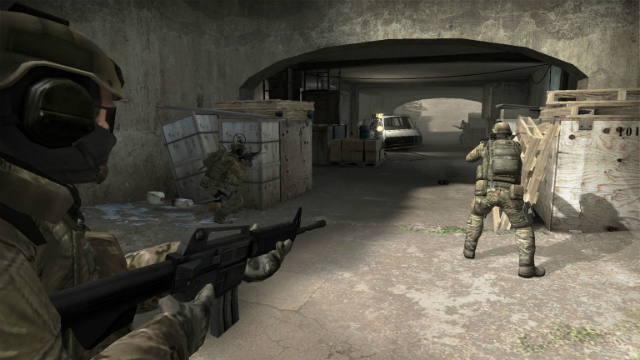 Counter-Strike: Global Offensive CS: GO is an e-sport that continuous to grow big. The biggest CS: GO teams are winning millions of dollars in global competitions, which is a testament to its growing popularity. No wonder, more and more people are diving in to try the game.

Even if you don’t join big tournaments, CS: GO is fun and thrilling. Among others, one thing that you will enjoy is the collection of skins. For some, they are collected primarily for aesthetic purposes. Meanwhile, for others, this is a big business. You can trade or sell your skins. You can make a lot of money out of it, depending on the prevailing market value and importance of the skin that you have in your inventory.

In this article, we will look at Dragon Lore, one of the skins that could be under your possession as you play CS: GO. It is a popular rifle skin that many people crave for but only a few are lucky to have it. It is rare, beautiful, and expensive. Keep on reading and we’ll talk more about Dragon Lore AWP.

What is an AWP?

Before we talk about Dragon Lore in full detail, let’s first have a quick look at what AWP is. AWP stands for Arctic Warfare Police. More than its laser-like accuracy, it is highly damaging to its victim, making it an extremely popular weapon. It has the highest potential to kill your enemy with just one shot.

With an approximate value of $4,750, the AWP is amongst the most expensive in-game weapons you can ever have in your arsenal. This is not for everyone to buy. Despite being powerful, it will be useless if you lack the skills. So, brush up on your knowledge first to make the most out of the weapon, assuring that it will indeed be lethal.

It is a high-risk and high-reward weapon. So, before buying one, give it careful thought to be sure that your money won’t end up going to waste.

What is Dragon Lore?

Now that we have a primer about AWP, let us talk about Dragon Lore. If you are looking for the most expensive CS: GO skins, Dragon Lore is one that you should know about. It is one of the AWP finishes that can make the value of the weapon higher, even if the rifle on its own is already one of the most expensive CS: GO items. It has a color combination of beige, olive, yellow, and orange, which makes it pretty. While it is beautiful, the aesthetic value is not the only reason why it is popular. It is also well-known because of its rarity.

How to get the Dragon Lore AWP

This is probably the question that brings you to this article. We can’t blame you if you want to be among the many people who want to have this rifle skin. However, you might end up being frustrated after learning that only a few are lucky enough to own it. The rifle itself is expensive and the skin is rare, so this won’t be an easy feat, for sure.

The Dragon Lore AWP was introduced in July 2014 as a souvenir drop where it is one of the components of The Cobblestone Collection Case. Meaning, the only way you can have the Dragon Lore AWP is when it accidentally drops during a major tournament. No one knows the exact formula and where and when it will happen. The drop rate is believed to be .0004%. Meanwhile, it forms part of a rare case with a drop rate of about 1 to 2%. These numbers are extremely low, and for most people, this translates into the hopelessness of being one of the lucky owners of Dragon Lore AWP.

Operation Drops are very random. To be eligible for a drop, you need to have Operation Star. There are two main ways you can have the latter – through Guardian XP or Event XP. To earn it through an Event XP, you need to complete matches in pre-determined categories. You need to earn 2,000 XP for one star, and 2,000 XP more for another star the following week. Only one event star is awarded every week. You can get Event XP drops either in the form of a case or weapon.

On the other hand, to own the skin as a Guardian XP, you need to complete campaign missions. However, the main difference with the Weapon XP is that there are no cases dropped, just weapons.

Still interested in getting Dragon Lore AWP? At this point, it seems like your best option is to buy the item. There are no more drops, so your only hope is to find a seller who is willing to let go of such a gem. This is not going to be easy. More importantly, it won’t be cheap. After all, if you own such an item, will you let it go without making the most money possible out of it?

If you want to buy Dragon Lore AWP, check out the Steam Community and find sellers. The Steam Market has an active trading community, so someone might be willing to give you their Dragon Lore if you are willing to give up an equally valuable item. There are also third-party websites and markets where you can purchase Dragon Lore. However, you have to tread with caution. Some people have the main intention of scamming buyers. So, before giving out your payment, make sure that this is a legitimate transaction. Buy the skin only from a legitimate platform so that you won’t end up with regret.

In sum, Dragon Lore AWP is rare and valuable skin. Many players aspire to have one but only a few are lucky enough to own it. The rifle itself is already rare, which makes it more challenging to have Dragon Lore, which is an expensive skin. It used to be released as an exclusive drop, but these days, it is almost an impossible feat to own this CS: GO skin.