Rocket League is turning Upside Down 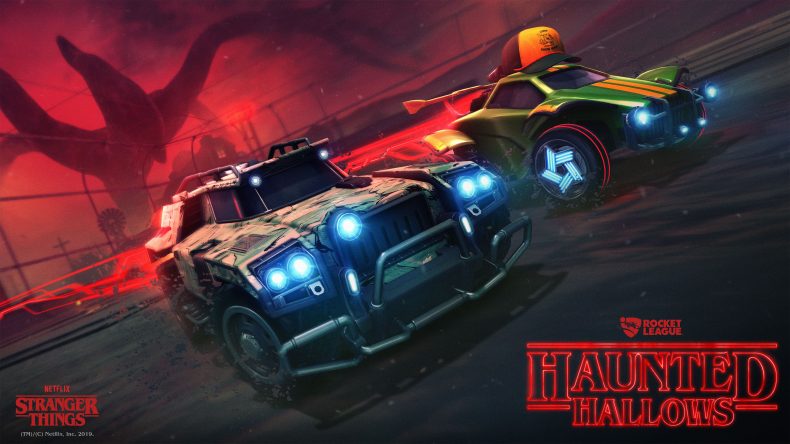 Psyonix have announced that strange things are coming to Rocket League. The Haunted Hallows Event, starting on October 14 on all platforms, will be headlined by Netflix Original Stranger Things.

Similar to past events, players can earn ‘Candy Corn’ by playing in online matches. That ‘Candy Corn’ can be traded for various Stranger Things themese items as well as general Halloween themed items.

Farmstead Arena is also getting a Stranger Things makeover. The arena has been trnasported to the Upside Down and will be inlcuded in the arena roation for the event.

The Stranger Things themed items you can expect to find are:

There’s also a trailer to go with this announcement. Get your eyes and ears round that below.