War Child & Children in Conflict celebrate Day of the Girl 2019 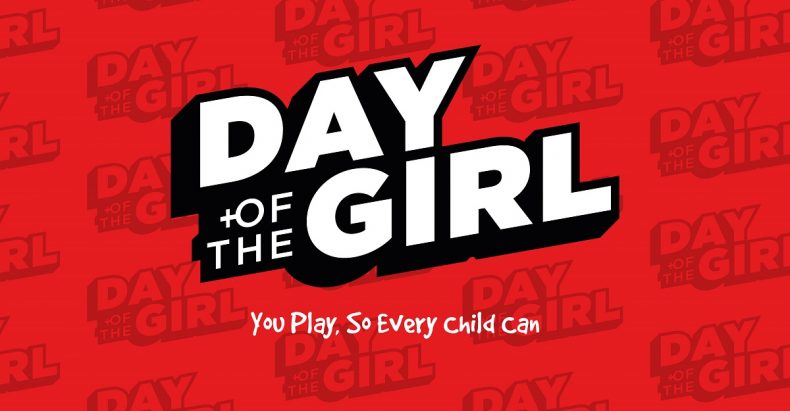 Today marks International Day of the Girl, a UN ratified day to celebrate and support girls across the world. To help raise awareness for the charity and raise funds for the incredible event, War Child UK and its US fundraising partner Children in Conflict are getting in on the action. Whilst raising vital funds to support vulnerable children affected by conflict across the world, the two charities will be celebrating female protagonists in video games and female representation in the gaming industry.

War Child UK has teamed up with various partners throughout the industry to host a number of sales across different platforms, including Steam, Google Play, and Chrono.gg. Not only that, but there’ll be a female-focused industry panel, and charity live streams from Bethesda Softworks, Turtle Rock Studios, OpheliaNoir, and Yogscast’s Hannah Rutherford.

From 9 – 16 October, Steam will host its own Day of the Girl sale, featuring loads of great games such as Heaven’s Vault, Gone Home, Transistor, and Ys Origin, with a percentage of proceeds going to children affected by conflict. Google Play will also have discounted games by a number of female-fronted games, and Chrono.gg has built a custom Day of the Girl digital game store that will feature a number of indie titles including Iconoclasts, Tangledeep, and Timespinner, also donating a percentage to the charity.

Bethesda Softworks, Turtle Rock Studios, OpheliaNoir, and Dawnwhisper will be participating in various livestreams throughout the week, all of which will be raising money by playing titles featuring female protagonists. The streams will be taking place as listed below:

You can also run your own fundraising livestream by signing up here.

Monday 14 October sees ‘Day of the Girl: Getting Girls into Games’ panel take place at Salesforce Tower in London. An all-female panel of industry experts will discuss the opportunities and challenges young girls face entering the gaming industry & STEM (science, technology, engineering, and mathematics) fields in the UK and in conflict regions.

War Child UK supports children whose lives have been torn apart by war. The specialist gaming team has innovative fundraising partnerships across the PC, console and mobile industries, as well as through streaming and support from the gaming community and to date has brought in a massive $4.3 million through gaming. With your support, War Child can reach more girls across the world and give them the childhood they deserve and the support they need.

War Child is striving for a world where children’s lives are no longer torn apart by war. We protect, educate and stand up for the rights of children caught up in conflict. We aim to reach children as early as possible when conflict breaks out, and stay to support them through their recovery – helping to keep them safe, give them an education, and equip them with skills for the future.

We understand children’s needs, respect their rights, and put them at the centre of the solution – from supporting Syrian children to access education, to reintegrating child soldiers in the Central African Republic and promoting justice for young people in detention in Afghanistan. Together with our partners we work in 15 countries across Africa, Asia and the Middle East, and Latin America.

We also work with children and young people to change systems and practices that affect them – campaigning on the root causes of conflict and demanding that children are at the centre of humanitarian response.

About Children in Conflict:

Video games are cool. Don't let anybody tell you any different.
MORE LIKE THIS
children in conflictWar Child UK