Will We Ever See the End of Fetch Quests? 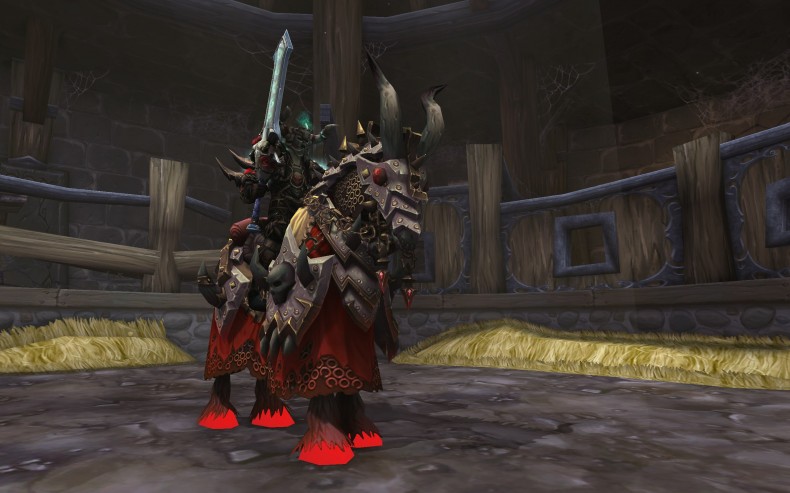 No matter which generation you started playing games in, there is a near-100% chance that you’ve engaged in fetch quests. Head somewhere, grab something, deliver said thing to someone. This formula is as time-tested as rescuing royalty and, for many players, the repetition is starting to get stale. So, what causes these quests to stay in circulation, and what can we expect from them in the future?

A big part of the popularity of these systems comes from their base simplicity in terms of coding and purpose. Gaining an item in inventory, then losing it again, is not a difficult thing to program, making it a solid choice for many developers. If you’ve already created the meat of your game, and are now looking for filler, this can be an effective place to turn.

Also of consideration are, not the simple end-goals, but the experiences which fall within. For example, a typical fetch quest might seem simple go-kill-grab-return in theory, but the practice can be much more complicated and intricate.

During the go portion, this can involve navigating an environment. This navigation can mean going to new areas and finding the paths within. Killing the enemy can introduce new monsters, or create special encounters using tricky terrain or abilities. Finally, the return portion can involve more navigation, especially if the paths to and from the quest are one-way each.

In this way, the fetch quest itself is incredibly useful as a means to an end. The issue is that we tend to focus on the fetch portion, where the other aspects can often be overlooked. Of course, this is not always the case. In many instances, fetch quests can involve going into areas long explored and killing the same enemies in the same way over and over. It is these cases, so often relied on, are where the negative reputation commonly stems from. RPGs are notorious for this, as are other games with RPG-inspired mechanics.

So, what can be done about this?

The answer lies with evolution

Take something like casino games for example. The core of these games is very much like fetch quests, with set patterns and outcomes to be expected, although the contemporary reality is proving to be incredibly progressively diverse. As websites like ComeOn have shown, the key for continued engagement is growth within the borders of these experiences. Live casino games are a popular new example of this, expanding online classics into something new.

For a more direct example, we could use The Witcher 3. This is a game famed for some of the best quests and side-quest to ever reach the digital screen while maintaining their fair share of fetch quests. As touched on earlier, the solution they found was to expand the game within the boundaries. Again, it’s not the fetch quest itself which is monotonous, rather it is how the quest has been formed. So, is it possible to remove fetch quests entirely? The answer is, basically, no. The fetch quest is not a monster, it is a tool, and like any tool, its use is determined by the skill and dedication of those who wield it. As much as the idea can chafe us, we shouldn’t blame the best for the work performed by the lazy, unskilled, or under-budgeted.