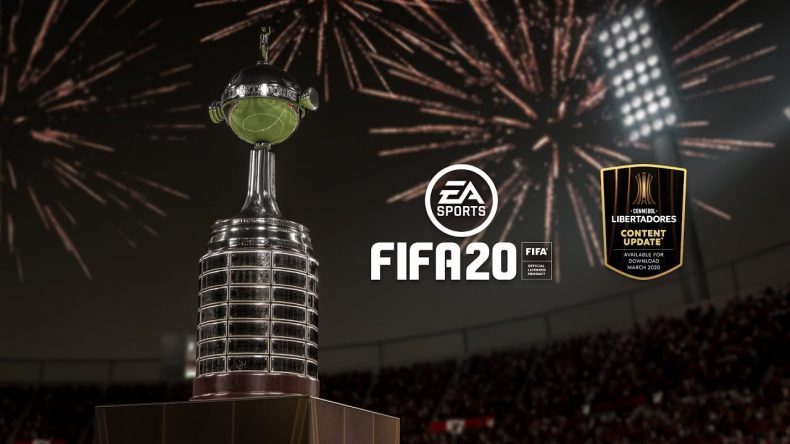 EA Sports has today announced that the South American CONMEBOL Libertadores tournament, will be coming to FIFA 20 via a free update in March 2020. For the first time, players will be able to compete in South America’s biggest club tournament. You’ll have the opportunity to play as historic clubs from Uruguay, Paraguay, Brazil, Argentina, Peru, Ecuador and more.

This is what Nick Wlodkya, GM at EA SPORTS FIFA had to say about the update:

Bringing two of the most prestigious continental football tournaments, CONMEBOL Libertadores and CONMEBOL Sudamericana, into FIFA 20 is an exciting step forward. This new partnership with CONMEBOL bolsters our position as the deepest football experience available. Above all, we will continue to build the most authentic sports video game for our fans.

To get a feel for the passion of CONMEBOL Libertadores in FIFA 20, check out the trailer below:

In addition, EA Sports are announcing the launch of the eLibertadores tournament. This is a brand-new tournament format that will expand the FIFA 20 Global Series. The top eight players across both PS4 and Xbox One will reach the final. There, they will compete for Global Series Points and a $100,000 prize pool.

For more information on the tournament and how to get involved, click here.

FIFA 20 is out now on PC, PS4 and Xbox One and Nintendo Switch.

EA Sports FIFA 18 for Nintendo Switch has finally been detailed