by Paid Placement Advertorial on December 16, 2019 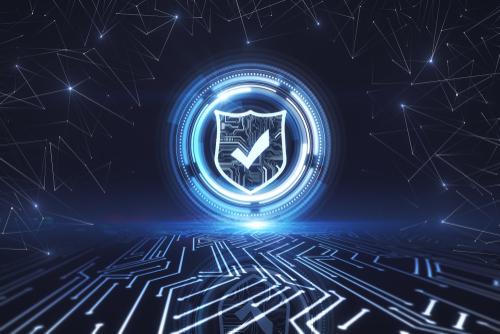 PC Matic is one of the best-known programs for protecting your hardware and connection from hacker attacks, viruses, and malware. It offers a diversity of plans for a different number of devices, use purposes, such as personal and business plan, and a solid set of functions that you can adjust for your convenience.

With such a suite of choices, you can make as a user. You can be sure that your computer is protected. It has its name as a trustworthy and quality program. It is not as familiar to the majority of users as other antiviruses, which is why there is a number of questions unfamiliar people have about PC Matic. In this antivirus review, we point out everything you need to know about PC Matic antivirus.

PC Matic focuses all its profits and useful in the paid plan. If you make up your mind to go for a subscription, it offers you annual and even lifetime options. The annual subscription is $50, and the life one is $300. Obviously, the lifetime subscription is much cheaper in a long-time perspective, but the concerns that may trouble you will be then related to the timeliness of the functions the antivirus will provide in the future.

Nonetheless, you can take a free trial plan and decide whether you want to commit to PC Matic and for how long if you do. Besides, the free version of the antivirus proved to be less functional as either of the paid plans. To test the antivirus to its fullest, you will need to buy a subscription and then get a refund within 30 days after the purchase.

That is one of the most innovative features that the antivirus has to show. A must for a reputable antivirus is the capacity to protect your computer from a variety of threats, such as zero-day threats, ransomware, ATP, and alike. For most of the antiviruses in the market, it works as follows: the software scans your system, finds potential threats, and blacklists them. The flaw of this system is that you may still be at risk if the program did not identify malware and did not blacklist it.

So, there is a chance you can run an infected file. In the case of PC Matic, it works the opposite way: it scans the computer and makes a selection of the positively clean programs and sites, which is the whitelist. In the case of all the remaining applications, PC Matic will check each before running it, which will keep your computer safe.

The antivirus has a set of tools that, combined, protect your hardware from threats timely and effectively. The approach of the developers to protection is complex: the antivirus detects zero-day attacks, online threats, and suspicious files. Another standout feature of PC Matic is impressively powerful core. It has enough capacity to block even the save apps and files.

The logic behind it is the same as behind the whitelist: it is safer for you to secure your files than to miss the infected one and face the consequences. Many independent testing agencies tested PC Matic, and it showed an impressive result, which was the detection of 100% of suspicious files. However, it showed weaker results in few tests.

However, the whitelisting approach proved to be effective, as the antivirus blocks all the programs that do not appear completely safe, which is why it is a reliable program for everyday use.

Apart from being a trustworthy antivirus, PC Matic also offers substantial optimization tools set. Thus, not only will it protect your computer without overloading it, but it also will optimize your system and help it run faster. Hee id what you can profit from:

Usually, when an antivirus performs a computer scan, it aims at specific files and threats, the system scan in PC Matic includes checking the fragmentation of the drive and the performance tweaks. There are several phases of the scan. Initially, it makes a quick scan of the system to determine the most severe issues.

Then the antivirus checks your computer for maintenance, security, stability, and overall performance. Apart from detecting malicious software, it cleans your computer from problems that are just annoying, such as ads, outdated system files, drivers, and junk files.

Eventually, it is up to9 you to decide whether to commit to PC Matic and, if so, for which period. Nonetheless, it demonstrates an innovative approach to computer se4curity, which ensures that your gear is protected and runs smoothly due to the whitelist idea, optimization tools, and expanded capacities in the full system scan.