by Advertorial - Paid Placement on January 1, 2020 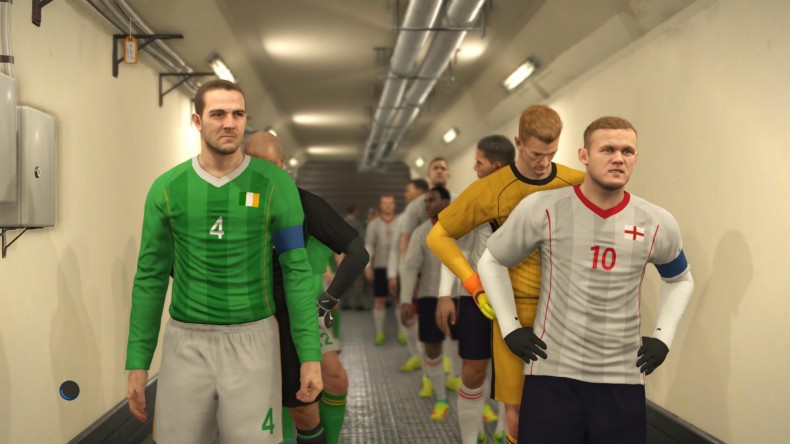 Ireland, the land of beautiful landscapes, warm, jovial people and dozens upon dozens of stereotypes. Whether you are from America, France or Australia, whenever you hear a family member or a colleague refer his ‘friend from Ireland’ you immediately think of a happy-go-lucky fellow with a spring in his step and a pint of Guinness in his hand, (he might even have ginger hair too or wear a paddy cap).

In all seriousness though, Ireland has so much more to offer than simple and outdated stereotypes. We decided then to take a look at some video games inspired by the country of Ireland as well as Irish culture.

A 2007 action role-playing game released for the PlayStation 3, Folklore is a game which is set in Ireland and is based on the Celtic Otherworld of Irish mythology: The Netherworld, realm of the dead.

The story revolves around two characters, a young University student called Ellen and a journalist from an occult magazine named Keats who are both lured to the sea-side village of Doolin in Ireland by a mysterious entity who Ellen believes is her thought to be dead mother.

What follows is a dark fantasy game where players must enter the core of the Netherworld and fix it as a previous traveller had entered and turned the world into chaos. Along the way, the two characters meet a bunch of fairy’s and folks, both friendly and not so friendly as they look to uncover who ‘The Hag’ is and why he/she is murdering the people of Doolin.

Folklore was developed by a Yoshiki Okamoto lead team from Game Republic. Okamoto has previously worked on a variety of popular video games including Resident Evil. The game was highly praised mainly for its rich fairy tale and mythological setting. Given that this game was released 13 years ago, it does beg the question – why haven’t more proceeding video games utilised the largely unexplored world (from a videogame point of view) of Irish mythology?

Gaelic Games: Football is a video game released for PlayStation 2 based on Ireland’s Gaelic National Football League. When the game was released in 2005 it became and still is the highest selling PlayStation 2 game of all time in Ireland.

Gaelic Games: Football was developed by an Australian company that made the AFL video game series and although the video game was evidently extremely popular upon release, no real player names were featured in the game. Unfortunately, despite its commercial success, the game itself received negative reviews from players and journalists. The latter stating that compared to other sports games of the time, the likes of FIFA and PES, the gameplay in Gaelic Games was nowhere near the same standard.

It was most likely due to this commercial success that lead to the release of a follow up game, Gaelic Games: Football 2, which was released in 2007. However, it was given extremely poor reviews by critics who said that the game was no improvement from the first.

Gaelic Games: Hurling is a video game created by the same developers who made Gaelic Games: Football 1 and 2. It was released in 2007 and (you guessed it) is a video games based on the popular Irish sport of Hurling. Like the previous two games in the Gaelic Games franchise, this one received largely negative reviews. On the other hand, players of the game were largely happy to get their hands on a video game that would allow them to play as a professional Hurling team.

As one online reviewer wrote after playing the game in 2019: “I know these games had countless problems, but I actually enjoyed the overall gameplay.

“The only major issue I had was the terrible hurling goalies but other than that, the gameplay was decent for a first game in a franchise. It would be great if a game like this released for multiple platforms, with the major issues addressed.

“If they just fixed the hurling goalies, the cheesy commentary and either had full licensed teams or kept the surnames realistic in terms of geography, these games with updated graphics and some online modes would be a lot better.”

Perhaps if there were more Irish people in the world, or if the sport of Hurling became more popular worldwide, we would see a new version of this game. Alas, hurling fans be disappointed. Check out the gameplay.

The Rainbow Riches series are perhaps the most well received and well-known slot games in existence. Albeit, the Rainbow Riches series of games were actually created by an American company, IGT and the similarities with Ireland more or less take us back to the Irish stereotype aspect of video games rather than being based on any reality.

The Rainbow Riches series consists of several different slot games including the original Rainbow Riches slot, as well as Rainbow Riches Drops of Gold, Rainbow Riches Home Sweet Home, and Rainbow Riches Pick N Mix amongst a variety of others. The games in the series are known for their leprechaun and rainbow inspired graphics – hence the nod back to the old Irish stereotypes (sorry any Irish folk reading this).

Rainbow riches slot games are so popular because they are, as UniBet casino writes, “unrivalled in their entertainment and intensity.” Whilst the UK online casino PlayFrank acknowledges that games from the Rainbow Riches series are their most popular slot games as judged by their players.

Will we see any more Irish inspired video games?

In truth, there was not an awful lot to go on here when it came to video games inspired by Ireland. Yes, we could have included the Red Dead Redemption character ‘Irish’ who as his name suggests is an Irishman, but also as his name might suggest to some people, was a raging alcoholic. However, Ireland did not inspire the video game in this case, but merely the character.