by Paid Placement Advertorial on February 12, 2020 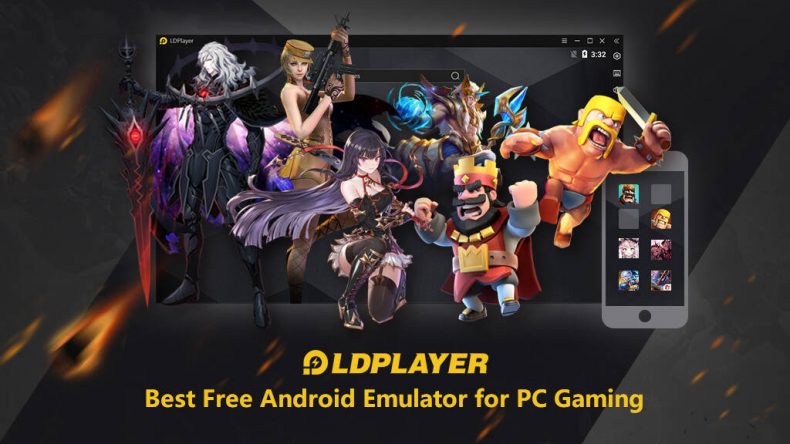 Android phones are widely present and a lot more users use Android. Quite a few of them are a fan of loads of great Android games like the PUBG Mobile, Fortnite, Black Desert Mobile and so forth. The Android emulator is popular among those mobile users, for it allows mobile gamers to play games on a bigger screen and also on a faster processor. Besides, you can install any app that you find on Google App Store as you wish. For example, running the Snapchat app on an emulator makes it possible to send or receive messages on your PC.

Today in this post, we cover the top 3 best Android emulators for your PC to run Android games and apps for free. All these Android emulators will work for the Windows version you might be running, such as Windows XP, Windows 7 and Windows Vista.

What is an Android Emulator?

In case you don’t know. An Android emulator is a tool that enables your Windows PC to behave like the Android system. The emulator acts like the virtual Android phone where you could install or use apps just like how you do that with your smartphone. You can bring your Android apps to your PC in this way. LDPlayer is a free Android emulator for PC, which allows you to run any app on your desktop. The emulator makes full of virtualization technology for your PC and it also provides integrated or dedicated graphics. LDPlayer looks just like Android, which has been designed with ease of use in mind. It’s free and not load with too many ads.

LDPlayer is targeted at gamers. It allows you to play high-quality games on Windows with smooth running. In order to get the best performance, it’s feature-rich with key mapping, video recording, APK Installer, etc. The key mapping customization goes well with your gaming habits. The highlight is that it supports multiple instances which is easy for you to level multiple accounts for the same game or play multiple games on the same accounts simultaneously. All these functions ensure you an outstanding gameplay experience.

There is a self-developed LDStore for you to search apps, or you may feel more comfortable to install apps from the in-built Google Play Store. If you want to add apps and games from other sources, you have the option of using individual APK files by dragging and dropping the files on to the program window. BlueStacks is a high-performance Android emulator which is the best-known Android emulator for playing games. It’s proven to be 6 times faster than your regular phone. It’s a superb emulator given its quality and reliability. There are free and paid-for versions available. The free one includes some adds and the occasional sponsored app, but these are pretty discreet. And a BlueStacks Premium subscription costs $4 per month or $40 per year. It’s available for Microsoft Windows or Mac.

It’s full of features that ensure you a smooth work for running apps and games. Besides the built-in mappings for your mouse and keyboard, it’s available to adjust the resolution, DPI, FPS, and amount of CPU or RAM allocated to the emulator. It’s up to you to set all these down to get a balance between speed and graphics.

Though it works seamlessly on your PC, an older computer with less RAM and a weak CPU are better not download BlueStacks. It costs much of your computer’s resources when running Android mobile devices. MEmu is a powerful Android emulator for Windows. It’s one of the newer Android emulators like LDPlayer but has gained popularity for good reasons. It’s another Android emulator that focuses on gaming. And giving support for Intel and AMD chips, as well as integrated and dedicated graphics, it really performs well on graphically demanding games.

It is capable of playing high-end games on PC if the systems meet the minimum system requirement for the MEmu Players for smooth working. Also, the software helps in deep integration of mouse and keyboard to play the game smoothly. The developers at MEmu regularly update it to add more features and fix any bug.

The highlight about the emulator is It is compatible with Intel, Nvidia and AMD powered Windows. It has support for Android Lollipop and KitKat versions. It won’t cost much of your computer resources. MEmu is suitable for those who want to run multiple Android simulations on a lower-end PC.

The Android emulator mentioned were the top 3 that you could boost your gaming performance, though they are not completely bug-free and may lag from time to time. But before you install any of the software above, check your computers to see if it meets the minimum system requirement of the software. Download the software you want to try right now, and don’t forget to comment below if you have any opinion.