5 Videogames To Get Excited About in 2020

by Paid Placement Advertorial on March 2, 2020 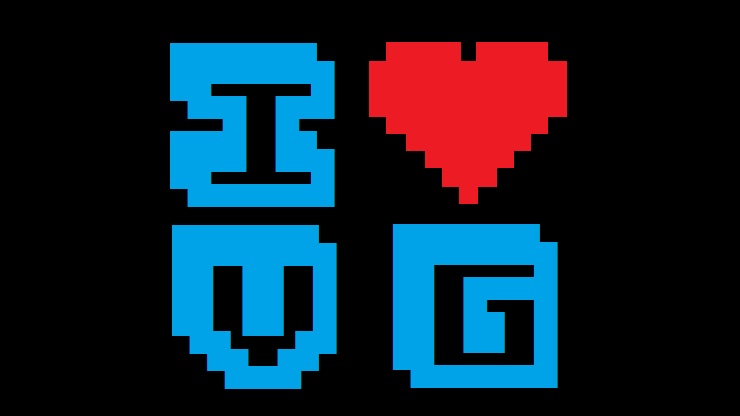 There are big things happening for gamers this year – Sony and Microsoft are set to launch the next-gen of consoles. The PS5 and Xbox Series X are set for late 2020 releases. In the meantime, however, we have plenty of game releases to look forward as the current generation of consoles comes to a close. With rumours of backwards compatibility across both next-gen devices, let’s look ahead to a few 2020 game releases that take inspiration from the past.

It’s easy to forget that when the first Iron Man movie hit screens back in 2008, it was really no big deal. In fact, the character of Tony Stark was so unknown to most people that dozens of screenwriters passed on the project, dismissing Iron Man as too obscure. Cut to today, and the Avengers franchise has gone beyond mere popularity to attain the status of modern mythology, right up there with Star Wars.

Except, not really. These are the Avengers, but not as you know them. Forget the faces of Robert Downey Jr, Scarlett Johansson, Chris Hemsworth and the like, because this videogame is most decidedly NOT part of the Marvel Cinematic Universe, with a new look for all the characters and a whole new storyline of its own. It’s certainly a bold move, bucking the usual trend of movie-to-game spin-offs, where the games are either straight-up adaptations or designed to fit squarely into the cinematic canon. The same is true of slot games inspired by movies. When Playtech released their Avengers slots game, for example, it featured exact likenesses of the Marvel movie stars, while movie-themed slots for the likes of Jurassic World, Robocop, A Nightmare on Elm Street and Anchorman are all similarly emblazoned with celebrity images.

To willingly cast aside the easy win of audience recognition, and forge an entirely new take on characters, is a bold move for the makers of the Avengers videogame. But they’re confident it’ll be a blockbuster hit, and the first chapter in their own “videogame universe” to rival the silver screen.

If you had to guess the inspiration behind one of 2020’s most eagerly-anticipated science fiction videogame extravaganzas, an old 1980s tabletop game played with books, pens, pieces of paper and dice would probably not be the first thing that pops into mind. But check out Cyberpunk 2077, a game set in a gritty, neon-drenched future dystopia, featuring none other than Keanu Reeves in a key role.

This stunning, state-of-the-art, super-immersive videogame is based directly on a tabletop RPG from 1988, which was basically a sci-fi version of Dungeons and Dragons. Mike Pondsmith, the creator of that original game, was even brought in to consult on this very different take on his world, giving it some serious geek credibility.

Cyberpunk 2077 has been a long time coming – it was first announced way back in 2012 – and the hype has reached fever pitch ahead of its long-heralded release. The main character is V, an “urban mercenary” who works the mean streets of Night City, a neo-noir world that takes inspiration from Blade Runner, Akira and The Matrix, as well as the trailblazing cyberpunk novel Neuromancer. Imagine a futuristic take on Grand Theft Auto, with a fully customisable protagonist (you can change pretty much everything about V to suit your tastes), plus Keanu Reeves. No wonder there’s so much excitement.

When the first Doom was released back in the early 90s, it was a literal game changer, cementing the popularity of the “first person shooter” genre and generating countless imitators that were literally dubbed Doom clones. Fast forward to 2016, and this landmark game was given a shiny new reboot which utilised all the perks of new gaming tech to focus on “badass demons, big effing guns and moving really, really fast”, in the words of its executive producer.

Now, in 2020, that reboot is getting its first sequel: Doom Eternal. And this time, the unnamed Doom Marine (technically called the Doom Slayer, but known to generations of gamers simply as “Doomguy”) is battling the forces of Hell here on Earth. As ever with Doom, the emphasis here will be on all-out action. Think maximum speed and maximum blood-letting, with many gruesome new creatures to slaughter. If you fancy taking a break from the mere cerebral games and let out some inner tension with virtual ultra-violence, this is the 2020 game for you.

And the winner of the award for the least imaginatively named game of the year goes to Final Fantasy VII Remake. It does exactly what it says on the tin (or box), being a remake of one of the most cherished games in history. The Final Fantasy franchise may have more instalments than you can shake a controller at, but the seventh edition has a special place in gamers’ hearts.

So it’s unsurprising that everyone is in a bit of a tizzy about the chance to once again join funky-haired mercenary Cloud Strife and his band of eco-warriors as they take on a corrupt, planet-killing megacorporation (a storyline that will have special new relevance in our Extinction Rebellion-flavoured times).

This is an epic-scale remake – so large that the 2020 game is just the first chapter of the whole saga. One point of contention for some traditional Final Fantasy fans was the lack of turn-based, RPG-style fighting – a hallmark of the older games in the franchise, which has since been replaced by real-time combat. But, if you’re eager to relive the old days, have no fear. Final Fantasy VII Remake has a “classic” mode, which brings back the turn-based approach, where it’s all about strategy rather than literally doing the fighting yourself. Get ready to play like it’s 1997.

A major movie tie-in game of 2020 is Predator: Hunting Grounds, which looks like it’ll do a pitch-perfect job of replicating the feel of the original 80s Schwarzenegger classic. The aesthetics are on point: think steamy jungles where muscle-bound mercs stalk around with very large guns, getting picked off by a roaring, dreadlocked alien hunter.

You can either choose to play one of the humans or become a Predator yourself. There are actually a number of Predator sub-types to choose from, including a big, beefy Berserker and a more nimble Scout. And, as is the trend with most movie/game adaptations, this videogame’s story is part of the official canon.

In this sense, it’s more akin to the recent Star Wars Jedi: Fallen Order (which is set between Revenge of the Sith and A New Hope) than the upcoming Avengers videogame, which is completely detached from the movie franchise.