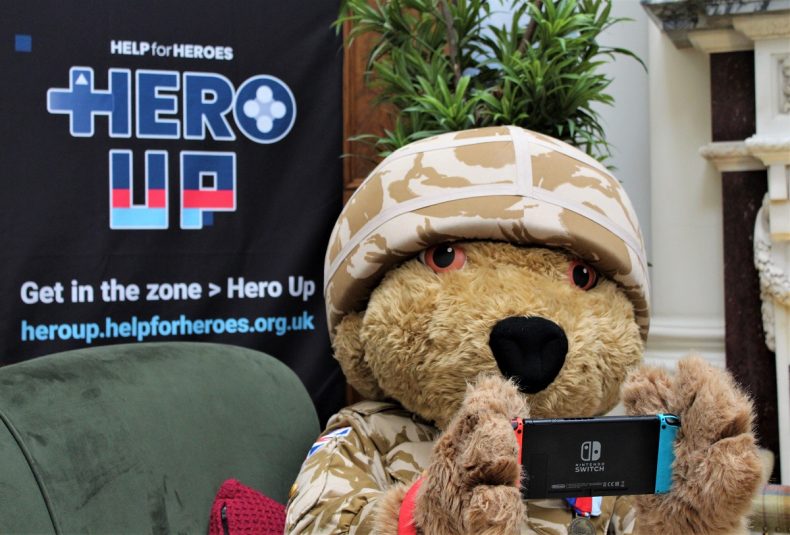 Help for Heroes, the leading charity supporting British Armed Forces, has today announced a brand new and original fundraising initiative called Hero Up. This new campaign is aimed at supporting UK veterans and families who do such amazing work for our country by harnessing the £5.7 billion games industry.

Around 11,000 British military personnel are currently deployed overseas, and 25,000 veterans and their families have been helped by the chairty since it was founded in 2007. Hero Up is set to harness the power of the games industry to help raise money for our military, past and present.

On March 13, streamers and content creators are coming together for a week-long streaming celebration to lauch Hero Up, with the hopes of raising money and reaching major fundraising milestones. The ultimate goal of the campaign is to raise plenty of money for the men and women who’ve had to leave the British Armed Forces due to injury and illness. It’ll start at 9am on March 13 and run until midnight on March 20.

If you’d like to be a part of Hero Up, you can sign up here to start streaming games and fundraise to make a difference from the comfort of your own home. WIth so many influencers flooding the likes of YouTube and Twitch, the next generation of gamers can become celebrities simply by streaming enough, and Hero Up aims to capitalise on the younger generation, educating them on the charity. Hopefully, it’ll inspire the next generation of fundraisers to take part in the wonderful campaign.

“Many of the veterans we support have spoken about how gaming has been a valuable part of their social life when they were unable to leave the house and can also be therapeutic,” says Sarah Jones, Head of Psychological Wellbeing at Help for Heroes. “Gaming is also the largest sector in the entertainment industry with a multi-generational reach connecting billions of gamers around the world, who are increasingly using live streaming to raise money for good causes.”

Kyma Media are partnering with the campaign, and with their experience in gaming social engagement, they’ll hopefully amplify the message. “Through our portfolio of hyper-engaged social media communities – made up of over 2 million super fans – we can truly align with the ambition of Hero Up to engage with a new, younger generation,” says Tom Sweeney, Managing Director of Kyma Media. “We are uniquely positioned to expand Help For Heroes fundraising potential, giving them access to the massive, global gaming audience who watch over 726 million hours of live streaming content a month.”

News
help for heroeshero up