Guilty Gear -Strive- will be yet another blockbuster, EVO-troubling classic from Arc | Beta impressions 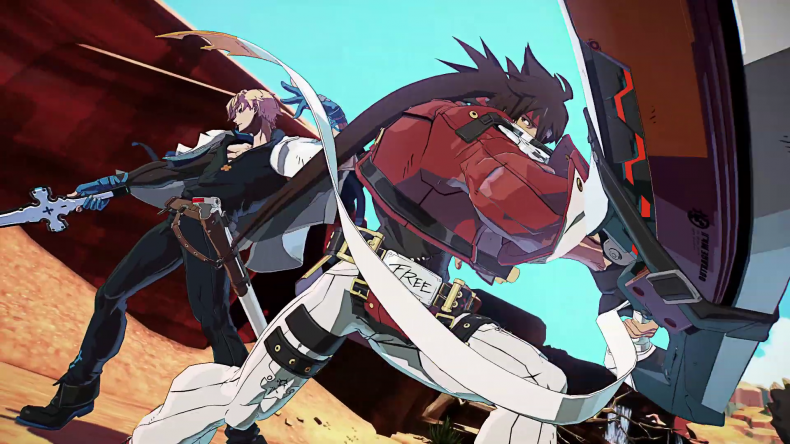 My editor (and great mate/all-round amazing human) made a point of saying to me the other day how he couldn’t remember the last time a bad fighting game hit. Pun most definitely intended. There has never been a better time to be a fan of the genre, and one company are on a prolific run of corkers that more or less goes all the way back to the days of NAOMI and the Dreamcast; indeed so hot are Arc System Works right now, that every single swing is a dinger straight out of the park.

Guilty Gear is Arc’s flagship, and Strive is the latest canon entry in the series. Although there is still around six months development time left, and things could change during that time and across other betas, this is a very different beast to the last time out with Sol Badguy and the crew.

Gone, it would seem, are the fluid, chained Gatling combos – instead you have pre-ordained commands that place less emphasis on freestyling your own and this will be unfamiliar territory for old time Gear heads. Combos are not as lengthy, but the potential for huge damage is there, particularly with the way that COUNTER moves seemed to shape my strategy. The time honoured tension gauge and Roman Cancels are retained, as is the RISC gauge which will weed out overly defensive tactics.

Having recently reviewed Samurai Shodown, I was taken by how much this feels like an amalgam of an Arc fighter and the legendary SNK franchise. Whether that is a good thing I am not so sure. We have seen in other recent fighters how opening up and simplifying the combo system can be a good thing in helping new players develop a feel for the characters and combat styles before learning how to produce their own balletic salvos. One thing I did like was the way that the game gives you a bespoke rating at the end of each bout that analyses your performance across a variety of parameters.

The big takeaway from Strive is how amazing it looks and sounds. Granblue Fantasy Versus recently brought my gypsy flesh out in genuine goosebumps when I first tried it out, but this goes beyond that. There is no other way to put it than to say it is stunning. The power of the Unreal Engine 4 is harnessed to produce what is hands down the most beautifully animated, walking, talking, singing and dancing anime fighter yet seen. The stages have a cinematic brilliance, with destructible walls, different start points for each round, sweeping, dynamic camera and seamless cutscene bookends. I cannot wait to see the finished article and spend some more time with the astonishing cast of characters and the world in which they throw it down. If you have played a Guilty Gear before, you don’t need me to tell you that the soundtrack is the usual guitar-driven, headbanging adrenaline rush that practically melts ones face off. Its ace.

Sadly, the beta experience was let down by the unstable online combat and an oddball lobby system that employs 8-bit style pixelart avatars in a multi-tiered hotel lobby that allows you to meet and battle people with a similar skill level. In theory this is a whimsical and charming way of matchmaking, but in practise it is confusing and strange, as the 2D sprites keep overlapping each other. The netcode itself was crushingly off-kilter too, with the server down for me more often than not, and the few matches I did experience were a harsh lesson in lag, frustration and having my arse handed to me. The whole online aspect of things needs a dramatic overhaul and I hope that Arc will listen to what has been a fair amount of criticism from fight fans across the board.

There is plenty of time left to get things right, and it is hoped that by the time it arrives, Strive will be yet another blockbuster, EVO-troubling classic from Arc. Personally I am counting the days.